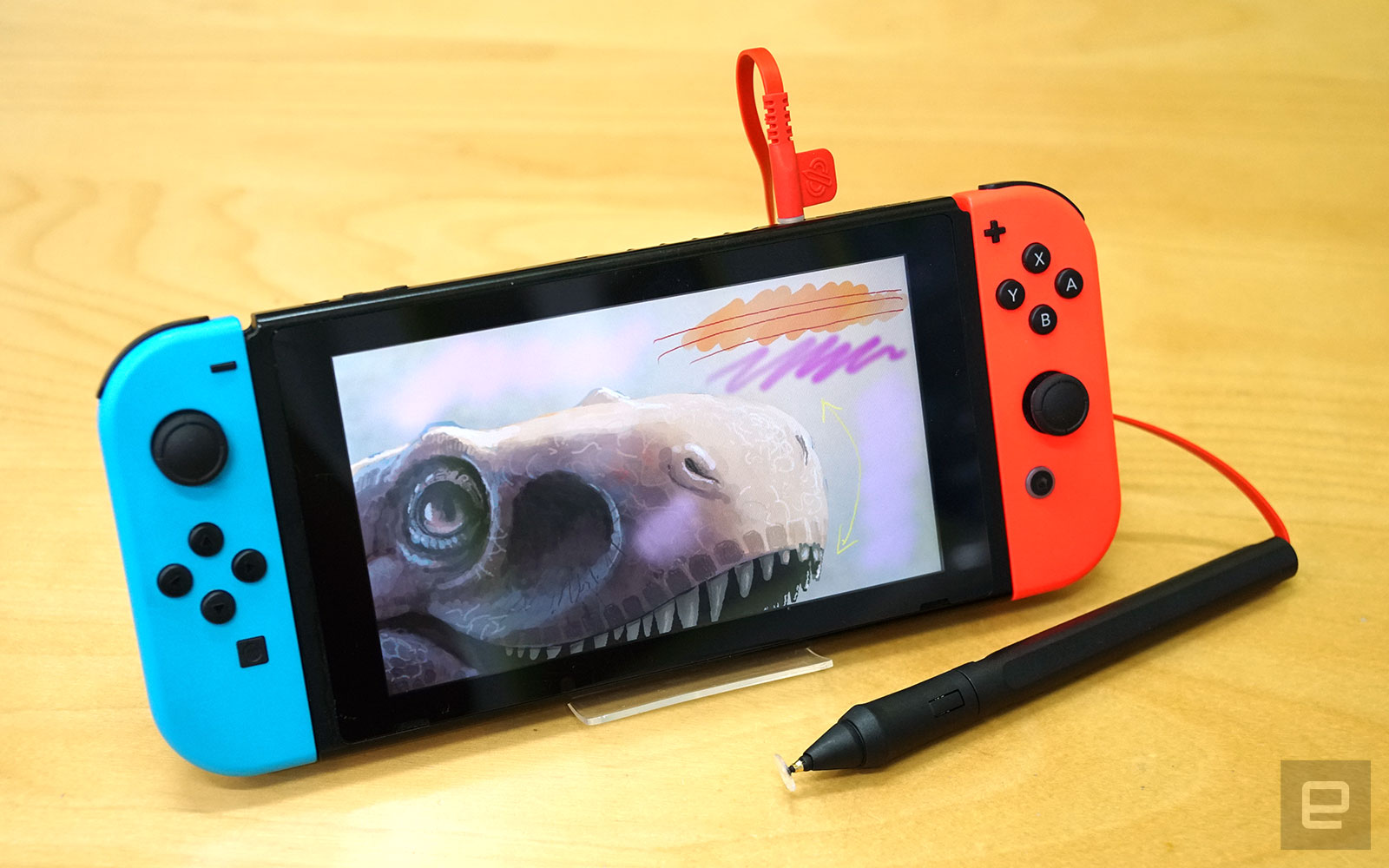 When the Nintendo DS came with a stylus at launch, some developers used this feature to create drawing games for the portable console. One of those was Colors! which, according to developer Jens Andersson, accumulated over a million downloads since its 2007 debut. Even the subsequent 3DS got its own Colors! 3D spin-off. Fast forward to today, and while Nintendo sells a “dumb” stylus for the Switch separately, Andersson is taking one step further with his upcoming Colors Live, bundling it with the pressure-sensitive SonarPen. 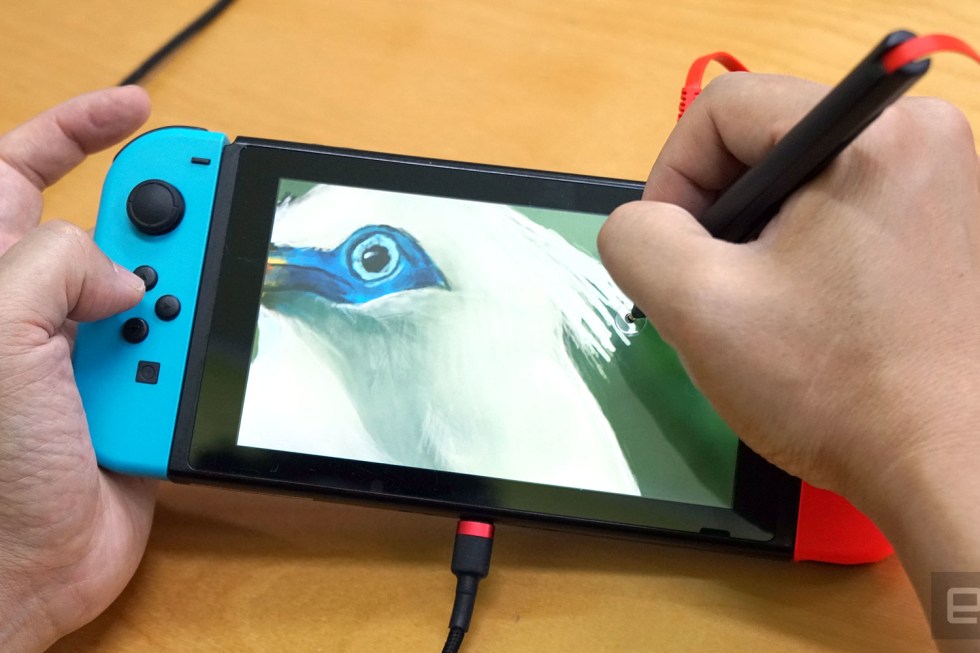 The SonarPen is a wired stylus that plugs into the headphone jack on your phone or iPad -- and now the Switch. While any “dumb” conductive stylus would provide basic input on the Switch’s capacitive touchscreen, the SonarPen supports both pressure sensitivity and palm rejection by relaying an audio signal from the touchscreen back to the console. This lets you draw more realistic paint or pencil strokes in supported games -- by which there is only one in the pipeline at the moment. It’s a cunning solution considering that no modding is required, not to mention its relatively affordable $34.50 price.

Since we first played with the SonarPen as a standalone product over two years ago, it has apparently boosted compatibility with “98 percent” of Android phones, as long as it’s the version shipped with a gold-colored tip. I got to try the latest SonarPen on a prototype version of Colors Live, and just like my experience with the prototype back in 2018, the stylus felt natural -- my strokes of varying pressure showed up instantaneously and accurately. This is partly also thanks to the 120Hz touch sampling rate on the Switch’s screen, and together with pressure sensitivity, the SonarPen easily stands out against the cheaper, “dumber” styluses already out there.

The “smarter” pressure-sensitive styluses from the likes of Apple, Wacom and Logitech won’t work on the Switch due to the lack of hardware support -- you’d need a different touch subsystem on the screen, for starters. Compared to my experience with the Apple Pencil on an iPad, the SonarPen’s tethered cable and transparent disc around the tip could sometimes get in the way, but the painting flow and end result felt almost just as slick. As a bonus, the SonarPen has a shortcut button above its tip for quickly changing brushes and colors, whereas the Apple Pencil only offers a similar functionality on its second-gen release by way of a double-tap gesture.

As for the game itself, Colors Live includes many elements that fans of the series will find familiar, including the color palette, brushes, stroke options and more around the canvas. Most importantly, there’s direct access to Colors! Gallery, where you can browse over four million digital paintings from the community. These vector-based files can be downloaded for a replay of how they were made, and you can even paint on top of them.

One handy new feature in Colors Live is the ability to toggle between right-hand mode and left-hand mode with one click in the game. With the default right-hand mode, you’re holding the stylus with your right hand, so all the shortcut keys -- both physical (zooming, panning, color picker, palette and undo) and virtual (drawing tools) -- are pushed to the left for easy thumb and index finger access. This is all vice versa for left-hand mode.

Another new feature in this game is “Color Quest,” in which you have to complete timed painting challenges to progress through an adventure map. According to Andersson, this single-player mode was actually crowdsourced in order to cater to artists of different levels, so think of it as a self-training exercise. But for those who are up for a global challenge, the Colors team continues to host themed weekly challenges (sometimes with physical prizes), and winners will be featured in the official gallery.

Andersson originally pitched his idea of getting Nintendo to sell the SonarPen as an in-app purchase on its eShop, but while the gaming giant was apparently impressed by his demo, he struggled to convince the team to sell the peripheral. Andersson eventually took the Kickstarter route as a means to deliver the bundle to his early adopters. After a successful crowdfunding campaign, the developer has now set up his own online store, where you can pre-order the game-and-stylus bundle for $40. Colors Live is expecting its digital release in America, Europe and Australia this summer, followed by Japan later this year/

In this article: nintendo, switch, colors live, game, app, drawing, art, draw, stylus, sonarpen, nintendo switch, hands-on, news, gear, gaming
All products recommended by Engadget are selected by our editorial team, independent of our parent company. Some of our stories include affiliate links. If you buy something through one of these links, we may earn an affiliate commission.