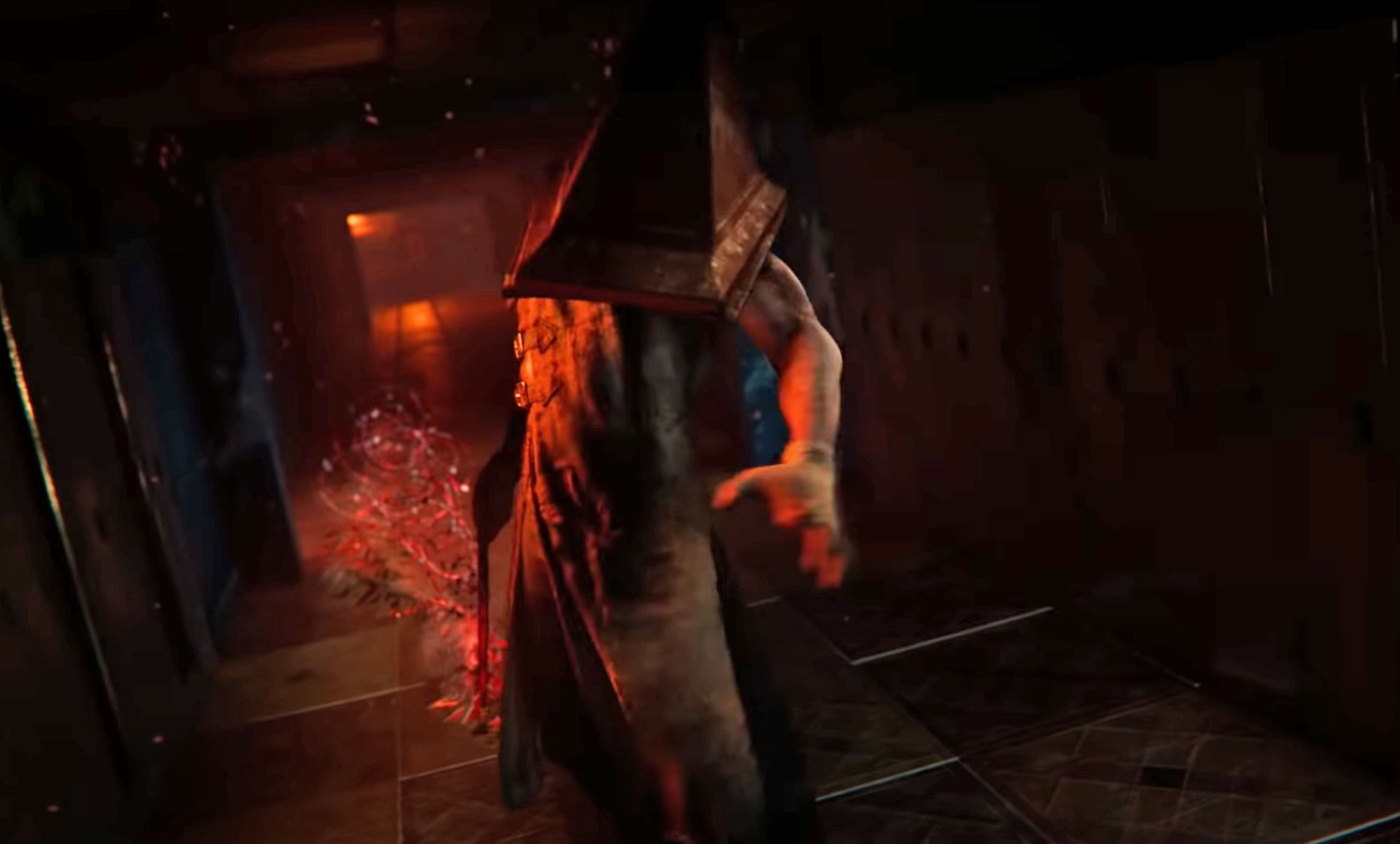 This version of the terrifying monster is based on his Silent Hill 2 design, but he’ll be known as The Executioner here. He wields his classic Great Knife and he can take advantage of Silent Hill’s forces and a ranged attack that goes through objects to defeat his prey.

If you prefer to play as a survivor, you can adopt the guise of Silent Hill 3 protagonist Cheryl Mason (though she was known as Heather in that game). She’ll have DBD’s first legendary skin -- you’ll be able to turn Cheryl into student nurse Lisa Garland. You can try to escape Pyramid Head in Midwich Elementary School, a key location in the original Silent Hill, and maybe even look around for some Easter eggs (if you dare).

The paid Silent Hill DLC will be available on PC and consoles in June, but you can play as Pyramid Head right now on the PC public test server. This isn’t DBD’s first crossover with another horror game, as Bill from Left 4 Dead arrived in 2017.

It also emerged during the stream that cross-platform play is coming to Dead by Daylight later this year -- in addition to PC and consoles, the game hit mobile last month. The Behavior team is working on a graphics overhaul as well. The Silent Hill crossover might be the most exciting addition for many though, especially given that it might be the only way you’ll get a new taste of that franchise any time soon.

In this article: videogames, video games, deadbydaylight, dead by daylight, silent hill, games, silenthill, behaviorinteractive, behavior interactive, news, gaming
All products recommended by Engadget are selected by our editorial team, independent of our parent company. Some of our stories include affiliate links. If you buy something through one of these links, we may earn an affiliate commission.