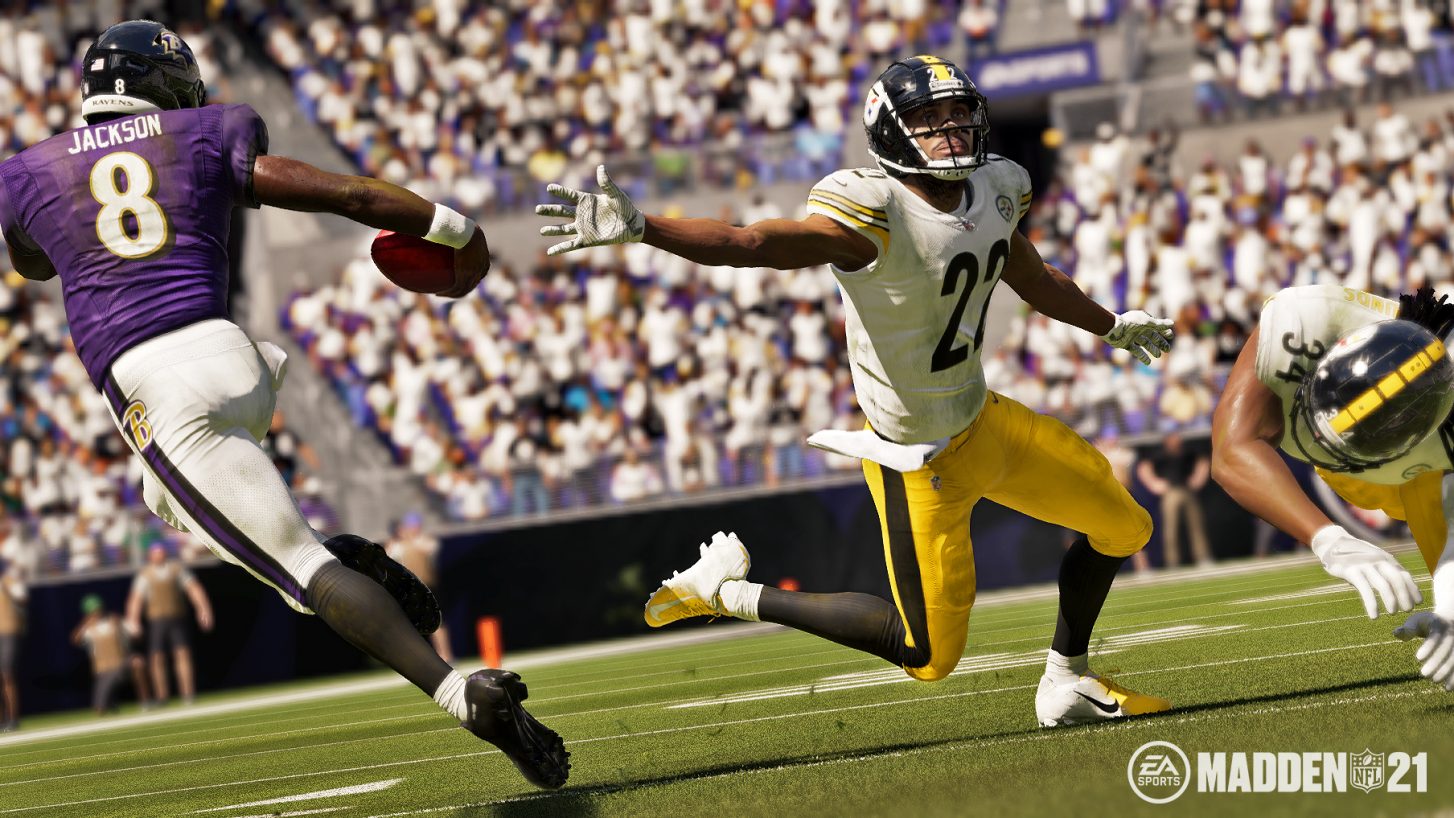 Today, EA released its first official trailer for Madden 21. The 90-second preview doesn’t reveal too much, but it does tease new controls, like a ball carrier skill stick and a new pass-rush control. It looks like “user-controlled celebrations” will let you strike a signature pose or move after key plays.

The game arrives on PS4, Xbox One and PC on August 28th, but if you pre-order it now, you can play three days early beginning on August 25th. It’ll be the first game in the series available on Steam, and if you buy the game for Xbox One, you’ll get it free on Xbox Series X. Though, the game won’t be ready for XSX or PlayStation 5 immediately.

In a statement provided with the trailer, EA said:

Go All Out in Madden NFL 21 with innovative gameplay mechanics that offer advanced levels of control and inspire creativity on both sides of the ball. Feel all-out control with the new Skill Stick ball-carrier system, dominate the edge with fresh pass rush moves, experience more open-field realism with tackle improvements, and have more fun with user-controlled celebrations.

Last year, EA’s Madden 19 championship finale broke series viewing records with a total view count of 2.5 million. That’s an obvious testament to the game’s popularity, and with more people looking to keep busy at home, Madden 21 will likely build on that success. Last month, EA and the NFL reached an agreement to extend their partnership so that EA can continue making Madden games until 2026.

In this article: EA, madden, madden 21, nfl, esports, trailer, controls, ps4, xbox one, pc, steam, xbox series x, ps5, news, gaming
All products recommended by Engadget are selected by our editorial team, independent of our parent company. Some of our stories include affiliate links. If you buy something through one of these links, we may earn an affiliate commission.