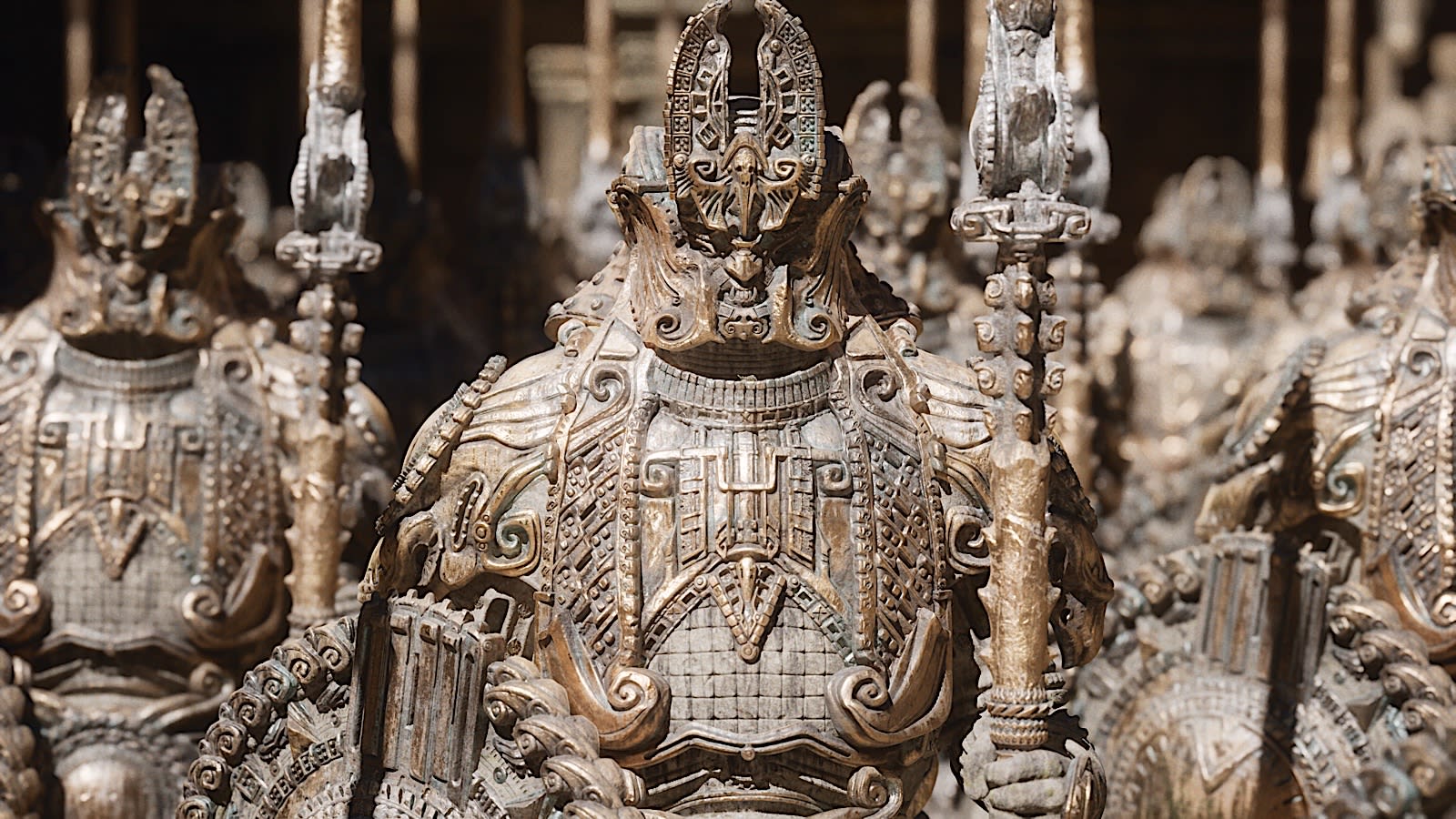 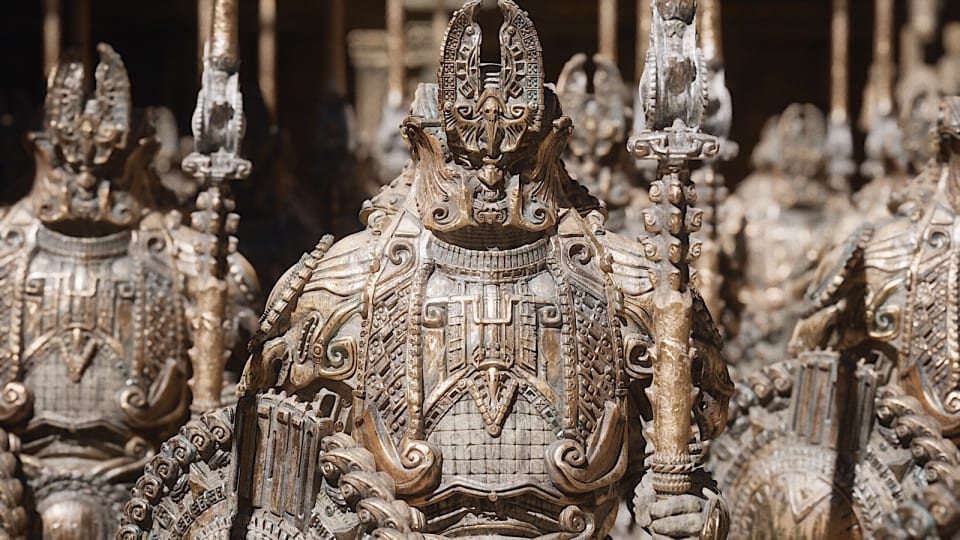 Epic Games’ Unreal is already one of the most widely used game engines on the planet, utilized by game developers, advertisers and filmmakers alike. Fortnite wouldn’t be Fortnite without Unreal -- nor would Epic be worth $15 billion. Indeed, successive versions of Unreal Engines have defined their respective gaming eras -- UE3 dominated the PS3/XBox 360 era, UE4 drives the current PS4/XBox One generation. While Unreal 4 has been leveraged in recent blockbusters like Star Wars Jedi: Fallen Order and Final Fantasy VII Remake, the engine is now nearly six years old. During a demo on Tuesday, Engadget got a glimpse of its successor, the nearly-photorealistic Unreal Engine 5 (running on a PS5).

The two biggest new features in UE5 are the engine’s Nanite and Lumen systems, which I saw in action in the real-time Lumen in the Land of Nanite walkthrough below. Nanite generates “virtualized micropolygon geometry” according to a recent Epic press release. That means “film-quality source art comprising hundreds of millions or billions of polygons can be imported directly into Unreal Engine -- anything from ZBrush sculpts to photogrammetry scans to CAD data,” the release continued.

“Nanite frees developers from having to worry about polygon count and levels of detail. It enables you to author all the content in the game at its full, movie quality level of resolution,” Epic Games CEO Tim Sweeney told Engadget, “and then rely on the game engine to scale it down so it runs in real-time on every device.”

“We are rendering content that was sourced from billions of source polygons into a representation on screen that is indistinguishable from reality. That's the neat principle here,” he continued. “Once you break triangles down to the size of the pixel, you can't really achieve any more detail by rendering more of them because you've already achieved all the detail your screen is capable of displaying and your eyes are capable of seeing. So, we've hit this magical threshold where this is all the detail that can exist until you get a higher resolution monitor, until 8K or 16K comes along.”

Lumen, on the other hand, is “a fully dynamic global illumination solution that immediately reacts to scene and light changes,” per the release. It can calculate the lighting dynamics of a scene regardless of whether it’s at millimeter or kilometer scale and adjust -- again, in real-time -- to changes in the environment such as turning on a flashlight or due to the movement of the sun.

“The aim here is to get to a starting point with the first version of Unreal Engine 5, which enables us to build a next generation platform for completely seamless, continuous worlds of unlimited scale,” Sweeney said. “Nanite is key to achieving the geometry detail there, Lumen is key to being able to imagine the lighting, and these huge open environments.”

Currently the primary limiting factor for the gaming industry is not one of hardware performance but rather budgets, both of time and money. A title’s development budget dictates how many people can work on the game and for how long. UE5 is designed “to make it possible for small teams to create this level of content,” Sweeney said. “One of the key secrets to making this happen was using the whole Quixel Megascans library, which we've made available for free to our Unreal Engine developers and we're investing heavily in growing over time.”

Unreal Engine 5 will be first available to preview early in 2021 with full access expected by the end of that year. Fortnite will migrate to the new engine at some point between those two dates.

As Fortnite has grown in popularity since its 2017 release, the game has evolved from a dedicated 3rd-person competitive shooter to more of an online social space. Successive updates have ballooned the number of concurrent players to 100 and enabled users from around the world to interact in-game regardless of what platform they’re playing on. Now Epic wants to share that interoperability with other game developers, dubbed Epic Online Services.

This is the same system that enabled Fortnite to work across seven console and mobile platforms. It covers everything from matchmaking and lobbies to leaderboards, stats and game analytics. It will also allow developers to quickly launch and subsequently scale their games to various app stores. The SDK is free and open to all developers. It is currently available for Windows, Mac, Linux, PlayStation, Xbox and Nintendo Switch with mobile platforms (iOS and Android) coming soon.

“Rather than being a walled garden,” Sweeney explained, “it's really a collaborative framework in which every game developer in the world can choose to integrate our account system and get the advantage of access to the entire Fortnite player base and their friends, adding their games, players and friends to the system.”

“It's made us realize that the real value of these games isn't just in providing entertainment, but it's providing social experiences for groups of people together,” Kim Libreri, Epic’s CTO, told Engadget. These games built as a social experience are much, much more powerful than a solitary experience.”

“We're really trying to get beyond the old 1980s view of ‘go to a closed platform and lock all the customers in so that we have an advantage over our competitors,’” Sweeney interjected. “Actually we've seen that when we unlocked the ability for Xbox and PlayStation and the players to play together in Fortnite, engagement of all those players on all the platforms increased, and every platform was better off as a result of that.”

In this article: Nanite, preview, Lumen, Epic Games, Unreal Engine 5, news, gaming, esportssg
All products recommended by Engadget are selected by our editorial team, independent of our parent company. Some of our stories include affiliate links. If you buy something through one of these links, we may earn an affiliate commission.