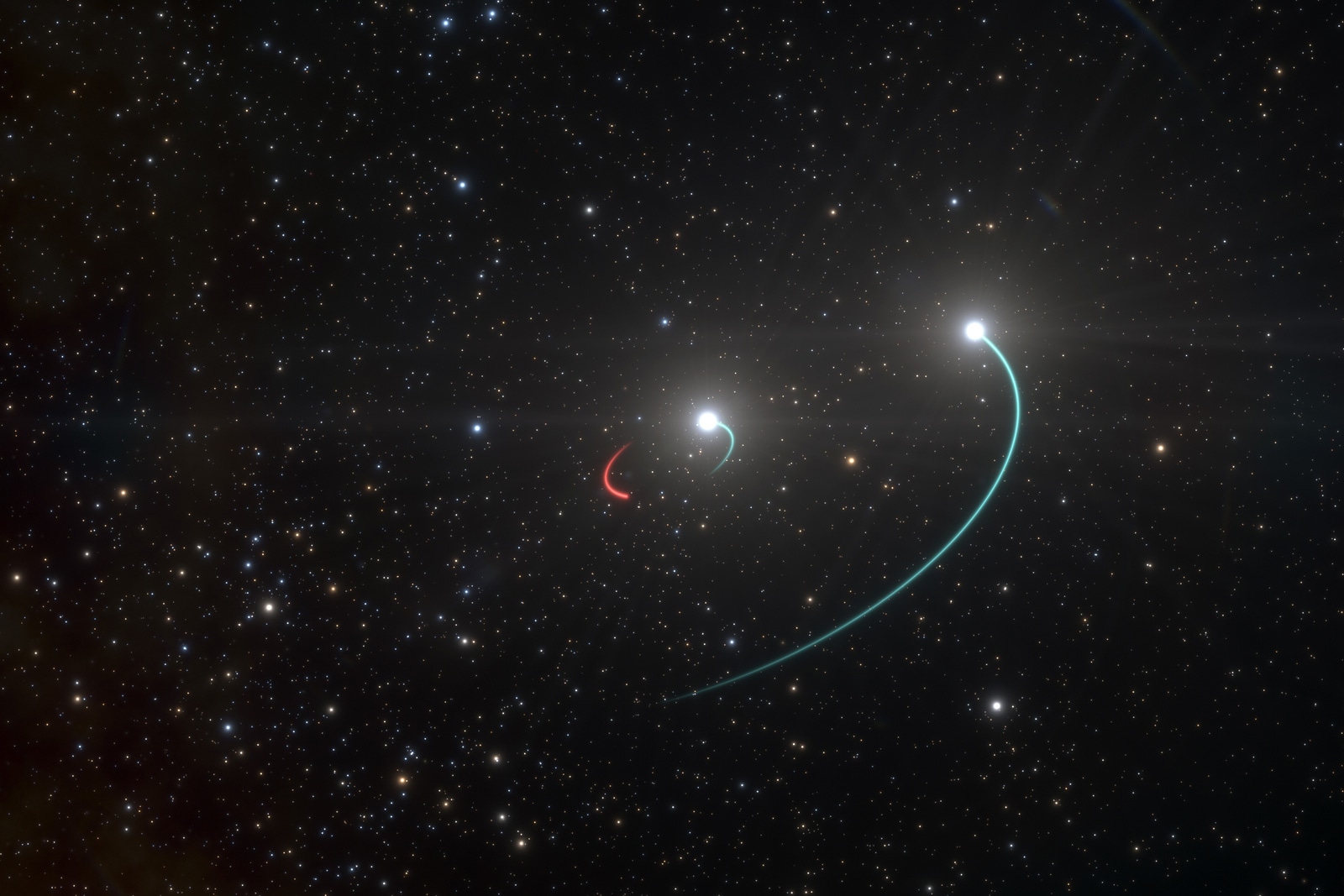 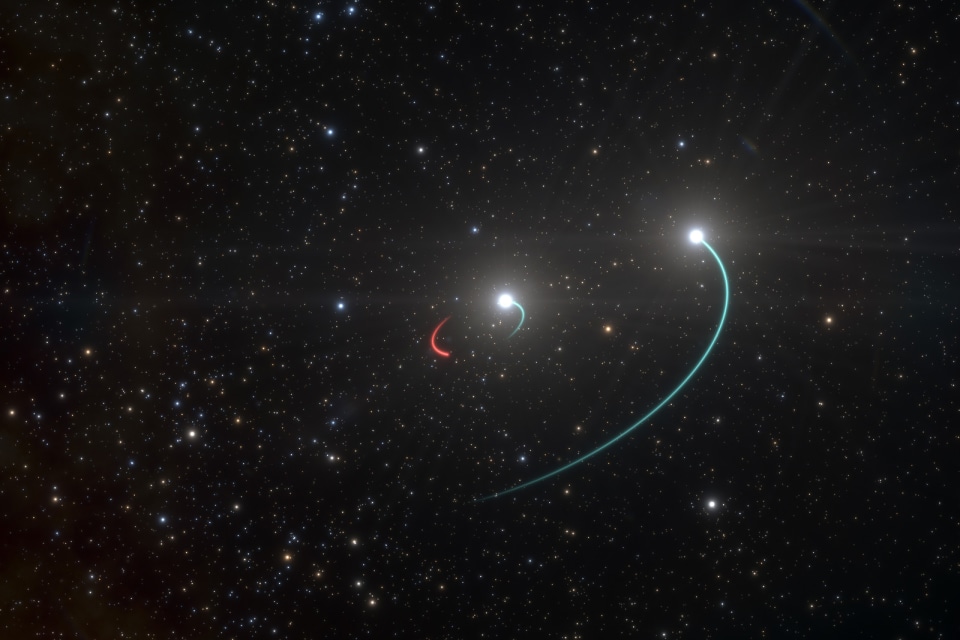 Black holes are quite common (estimates indicate over 10 million in the Milky Way alone), and now it doesn’t appear that you have to go very far to find one... relatively speaking. Astronomers have detected what they say is the closest known black hole to date, a stellar-mass object in the double-star HR6819 system about 1,000 light-years away. The team discovered the hole after noticing that the stars were orbiting an invisible object, and using calculations on the inner star’s orbit to determine that the mass was at least four times that of the Sun — it had to be a black hole.

The researchers used a spectrograph on the MPG/ESO 2.2-meter telescope to study the system over the course of several months.

Don’t worry about being so close to an all-consuming beast. Unlike some black holes, such as the supermassive one believed to be at the heart of our galaxy, this one is both small and doesn’t “violently” interact with its surroundings or broadcast its presence with X-rays. It’s one of the first discovered stellar-mass holes that’s truly black, making it comparatively peaceful.

The findings could prove valuable on a number of fronts. Confirmed black holes are rare to start with, let alone examples like this, and this will help scientists both understand star evolution and what to look for in their searches, including another system (LB-1) that may also have a hole. They could also help understand star collisions in trinary systems, and even shed more light on gravitational waves. This work by itself won’t fill in many gaps in humanity’s understanding of the universe, but it’s an important start.

In this article: space, astronomy, eso, black hole, news, gear, tomorrow
All products recommended by Engadget are selected by our editorial team, independent of our parent company. Some of our stories include affiliate links. If you buy something through one of these links, we may earn an affiliate commission.