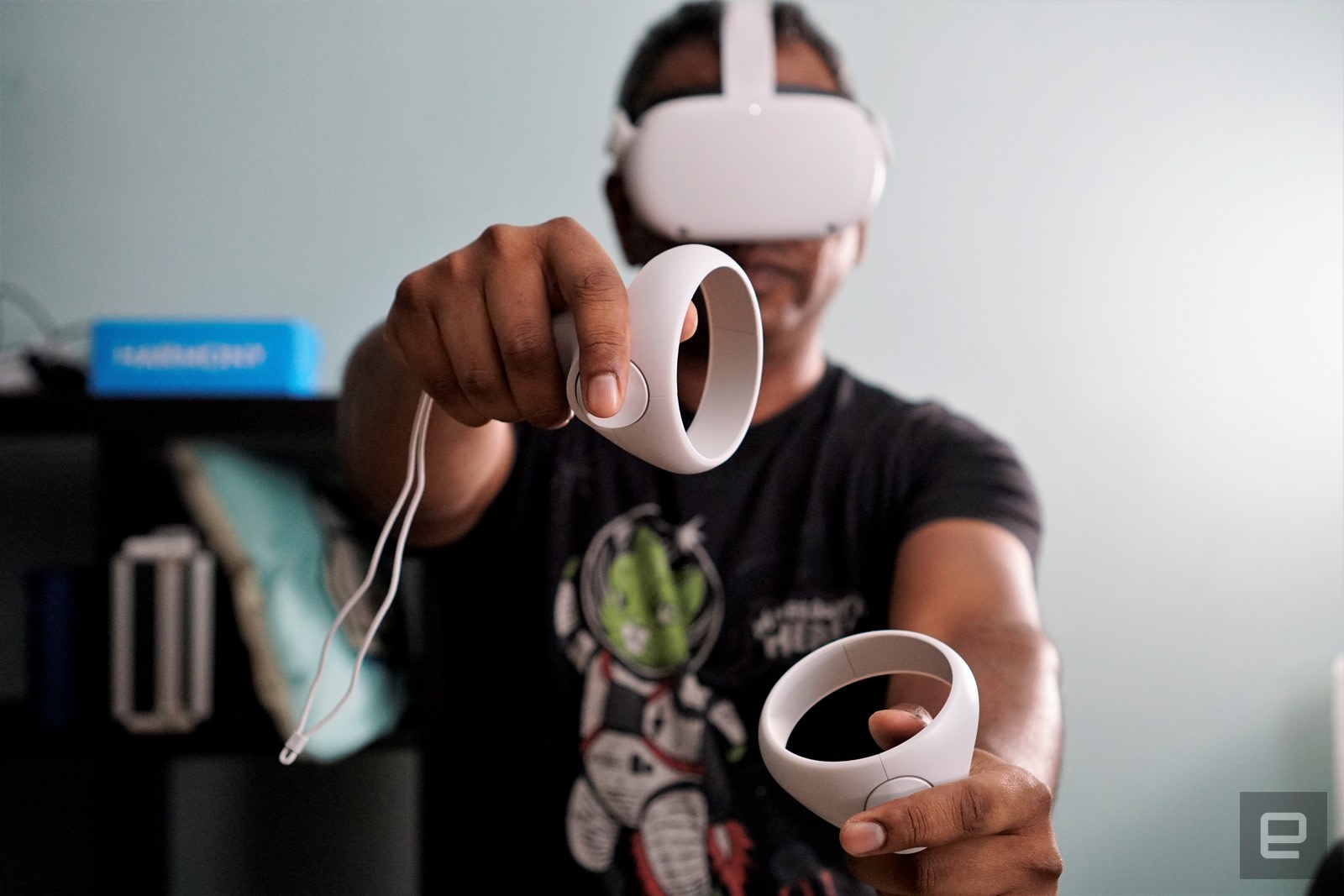 Oculus’ move to require Facebook accounts is creating serious problems for some of its biggest fans. Windows Central reports that Facebook is banning Oculus users who simultaneously use more than one VR headset linked to the same social network account. This violates Facebook’s terms of service, support representatives claim. In other words, you’re risking a ban if you buy a couple of Oculus Quest 2s for the family and don’t want to set up different accounts to let people play at the same time.

The company is planning on support for multiple Facebook accounts on one headset, but that doesn’t address problems for people who can’t or don’t want to create accounts, such as kids under 13. The current situation could force people to either create placeholder accounts or use only one headset at a time, potentially hurting some of Oculus’ most loyal users.

The tech giant has claimed that the account requirement will help people find friends for social experiences like games, cut back on trolls, and allow integration features like the Horizon VR space. However, critics have argued that this ties users to the Facebook ecosystem and makes it easier for the firm to track users’ habits. These new reports won’t help Facebook’s case — it’s now harder to use Oculus headsets in a way that suits your household.

Important VR PSA #2: 👉 Oculus headsets being used simultaneously on the same Facebook account will get it banned.

Update 10/25 6:15PM ET: Oculus has responded to the customer complaint in a series of tweets that using the same Facebook account on two headsets will not get the user banned. It also added that it plans to “introduce the ability for multiple users to log into the same device using their own Facebook account.”

In this article: oculus, headset, wearables, Virtual Reality, internet, wearable, Facebook, VR, news, gear, gaming
All products recommended by Engadget are selected by our editorial team, independent of our parent company. Some of our stories include affiliate links. If you buy something through one of these links, we may earn an affiliate commission.