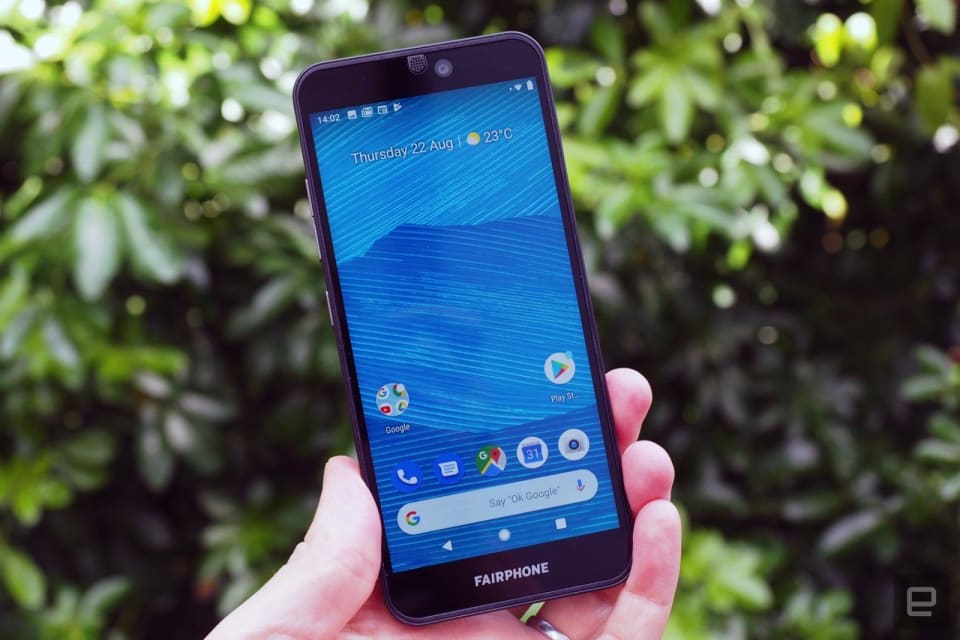 Fairphone is teaming up with /e/OS to launch a “de-googled” version of its flagship smartphone, the Fairphone 3. This new handset has the same hardware features as the regular Fairphone, but without Google’s online services. The idea is to create a privacy-first device that, should people require, removes the more invasive elements of surveillance capitalism from your devices.

From May 6th, people can buy a Fairphone 3 with /e/ pre-installed for €480, a slight premium over the €450 it costs for the Android edition. The company says that it polled members of its community for which alternative OS it should offer, and they backed /e/OS over a number of others. And /e/OS offers better privacy by design, with “unwanted data flows” being shut down, giving you better control of what your phone is doing.

Existing Fairphone 3 owners will also be able to switch to /e/OS, and an installer is already available on the /e/Foundation's website.

If you’re unfamiliar, /e/OS was founded by Gaël Duval, a French developer known for creating Mandrake / Mandriva Linux and Ulteo. /e/’s manifesto is to remove the surveillance from smartphones, eliminating tracking and services that are hooked into Google's broader ecosystem.

The software itself is based on a form of Android AOSP, built on top of LineageOS, itself a fork of CyanogenMod. It's worth saying that this isn’t likely to be something amateurs will look to use, but knowledgeable types who can work around these limits.

This is the latest in a very long line of niche, privacy-focused phones that have tried and often struggled to break into the mainstream. Blackphone, Purism, HTC Exodus and Sirin’s Solarin, amongst others, have boasted about how people would be better off without Google in their lives. These days, of course, Huawei is also joining the ranks of companies making de-Googleified devices, albeit not through choice.

In this article: Fairphone 3, /e/OS, Ethics, Gaël Duval, fairphone, Ethical, news, gear
All products recommended by Engadget are selected by our editorial team, independent of our parent company. Some of our stories include affiliate links. If you buy something through one of these links, we may earn an affiliate commission.