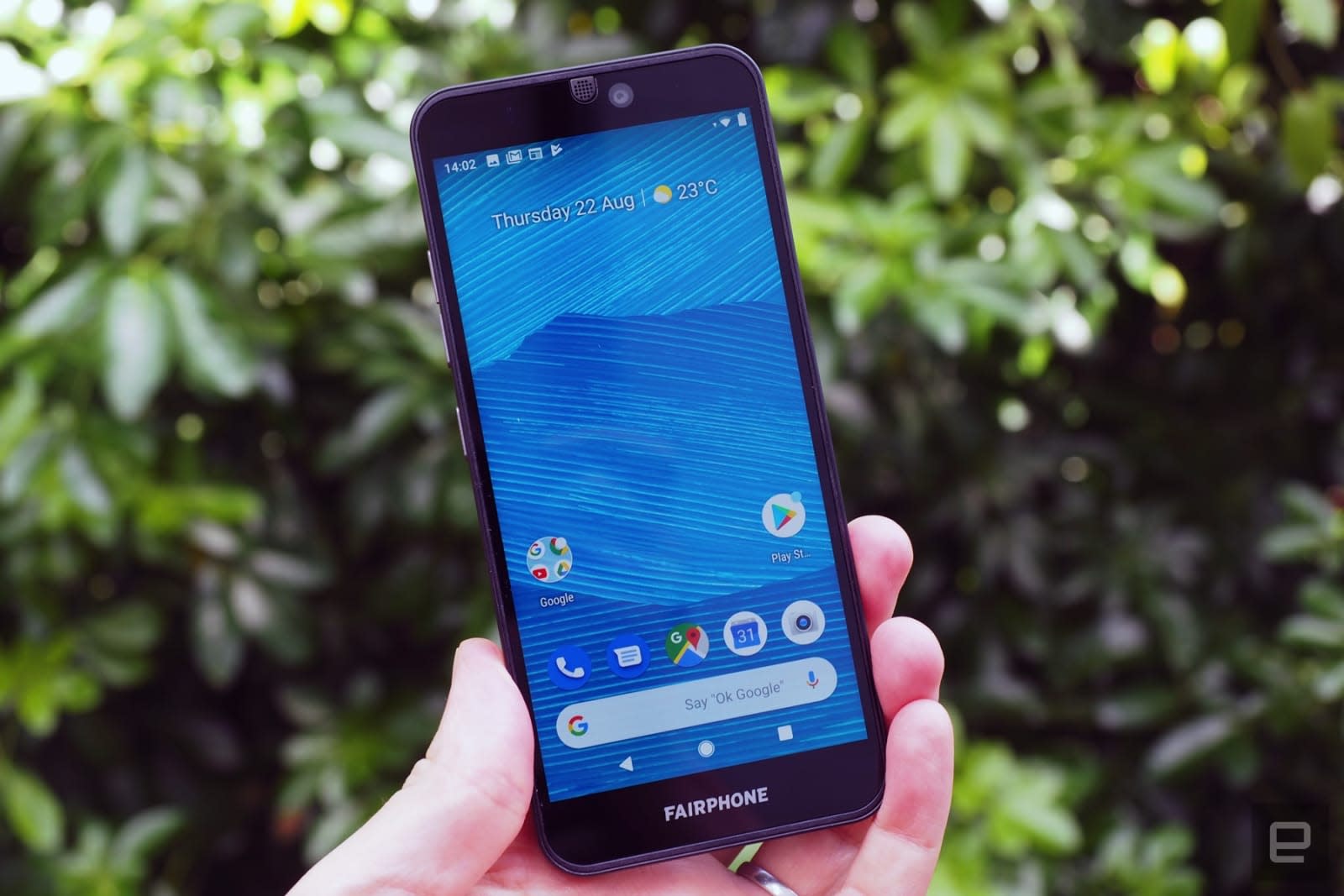 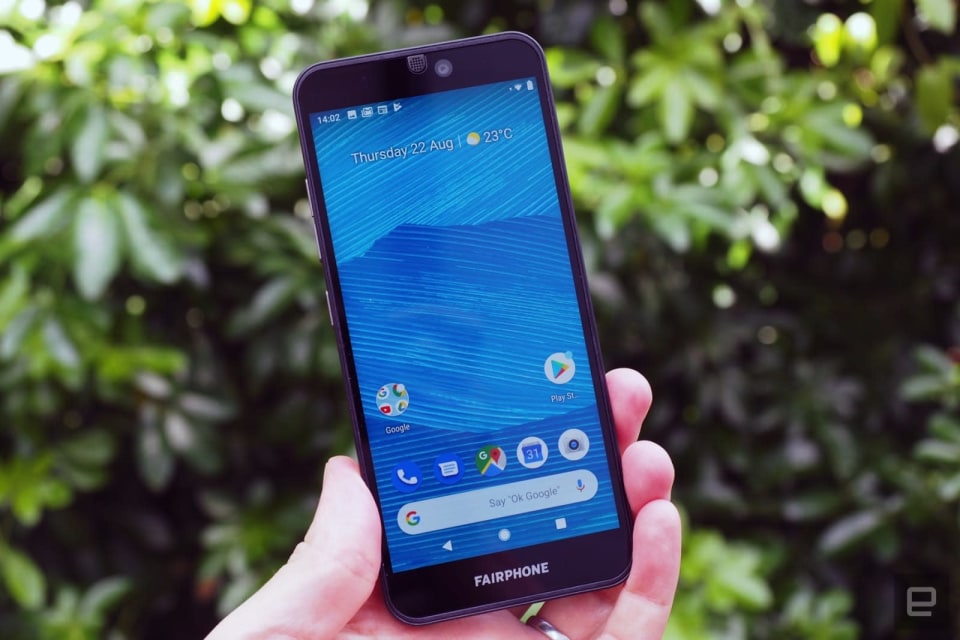 Doing the right thing is often framed as giving up something. You're not enjoying a vegetarian burger, you're being denied the delights of red meat. But what if the ethical, moral, right choice was also the tastiest one? What if the smartphone made by the yurt-dwelling moralists was also good-looking, inexpensive and useful? That's the question the Fairphone 3 poses.

Fairphone is a Dutch social enterprise that builds phones that are, in the words of CEO Eva Gouwens, "kinder to people and to the Earth." It aims to create devices that aim to push the mobile industry forward by showing that it's possible to do better. Gouwens cites Anita Roddick, founder of the Body Shop, who said "if you think you're too small to make an impact, try going to bed with a mosquito."

The company has produced two devices already, both of which were designed to last longer than your average phone. It also works with NGOs and manufacturers in China to offer better pay and working conditions for the people assembling the phones. Fairphone also negotiates for improved pay and working conditions for those sourcing the raw materials that go into making a smartphone.

Today, the company announced the Fairphone 3, and it may be the first ethical phone that's truly ready for the big time. It's tempting to pull my punches, because I don't want to be snarky about people who are trying to do the right thing, but it would be unethical of me to suggest that the Fairphone 2 was a great-looking device. It wasn't.

The opposite is true of the Fairphone 3. I think it's utterly gorgeous, and the sort of device I'd be happy to use, and show off, as my primary phone. It looks stark and strong, but sits comfortably in the hand, with that soft plastic going gently onto your skin. The semi-transparent back cover lets you peep at the internals, with the battery declaring that "Change is in your hands." It's neat. Running down the left-hand side are just three buttons: two for the volume, and one for power, and that's it. Up top, there's a 3.5mm headphone jack, rejoice!, although there's no headphones bundled (or a wall wart, or a charging cable). At the bottom, there's a side-facing stereo speaker and a little cut-out to jam your finger in to pull off the cover. You don't even need to use the spudger included in the packaging to pull off the back, either, making battery, SIM and microSD-card swaps a breeze.

The Fairphone 3 has a notch running along the top edge, but it's for the earpiece, not the camera. Moving the selfie lens over may break the symmetry, but it's a smart choice to avoid everything being sited in a weird line. That asymmetry continues to the USB-C port, which is to the left of center (the microphone is on the right). The camera and fingerprint reader are in the places you would expect, too. Fairphone 3 is a millimeter or two thicker (and boxier) than the iPhones and Galaxies we're used to, but I think that's a benefit, not a downside. Because the technology itself is so refined, and so mature, you would have to make an effort to produce a bad LCD display in 2019. That means there's little else to say about the 3's 5.7-inch, 18:9 full-HD screen, because it's perfectly fine. Colours are a little muted, but then I find that on a lot of Android devices without OLED screens. Viewing angles are great, as are the black levels.

I have fewer nice things to say about the side-firing stereo speakers which rattle at higher volumes and even at max, are a tad weak. Nobody wants to be the asshole on public transport playing music without headphones but, if you're in a pinch at home, you want to be able to play tunes on your phone. On this? It'll be fine if you're close by, but it's not going to fill a room. Thankfully, there's that 3.5mm headphone jack, for those of us still clinging to the most valuable of input methods -- and Bluetooth (5.0). Inside the Fairphone 3, there's a Snapdragon 632 paired with Adreno 506 graphics and 4GB RAM. That's a spec that screams "lower mid-range," but honestly, many of us don't need the sort of power on offer on a flagship these days. If you're doing nothing more than texting, browsing the internet, using social media and watching video, this is a perfectly fine specification. And you would hope that it'll still have the power to keep doing those same things in five years' time.

The 3,000mAh battery is removable, naturally, and will be dirt-cheap to replace when it gives up the ghost. For context, the 2,400mAh cell in the Fairphone 2 can be replaced for just €20 ($22), around a quarter of what Apple will charge to do the same job. In a surprising move, there's 64GB storage inside, a strong statement given the need for Fairphone to keep its costs down. Should you require more, you can still bolster that with the built-in microSD card slot.

The Fairphone 3 is running stock Android 9 / Pie, and I had absolutely no gripes about its performance. Animations are snappy and responsive, and I've spotted no lags with the camera or any other app. Switching orientations in YouTube when running HD video often trips up lesser devices, but it's smooth as anything here. Fingerprint sensor, too, is smooth and fast, ticking the meat and potatoes boxes you would expect from a device like this.

During testing, I wasn't able to test the handset's performance with Fortnite, the mobile game du jour. According to the company, that's because the prototype hasn't been certificated but I doubt it'll run well on that low-end Adreno 506. On the imaging front, the Fairphone 3 has a 12-megapixel primary camera with a f/1.8 aperture and Sony's Exmor IMX363 sensor. It may not be as showy as the imaging gear knocked out by Huawei, but it's not an embarrassment. Colours and detail pop, and even at the 8x digital zoom, you can pick out details -- albeit with a lot of grain and muddiness. The night-time modes aren't up to, say, that of Google's own phones, but they're not bad if there's some light in the room. 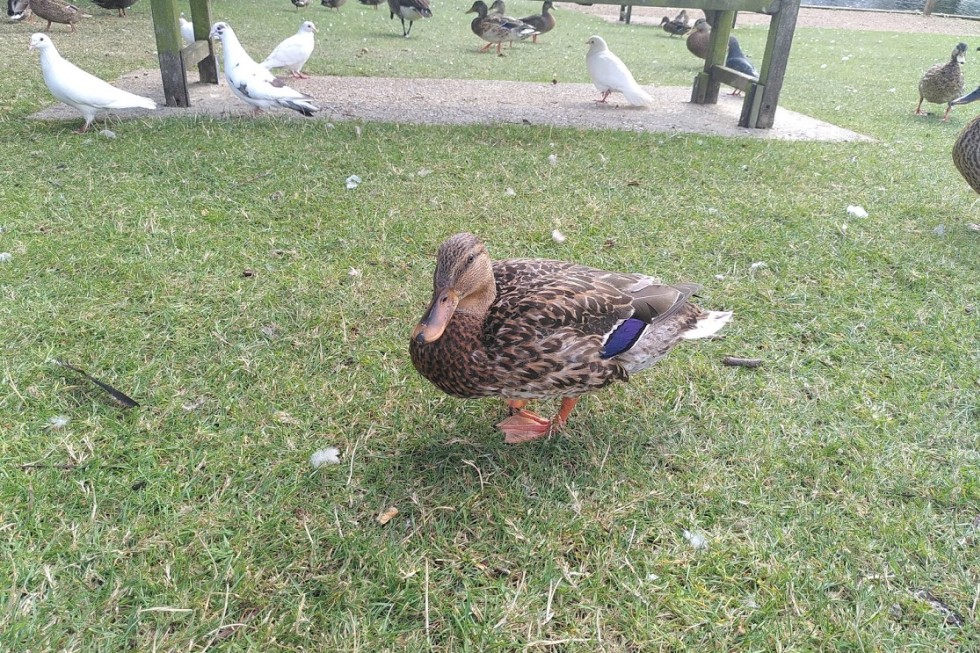 Similarly, the 8-megapixel forward-facer with an f/2.0 aperture is a great lens for your selfies, and handles portrait mode surprisingly well. The one issue I found was, with my rapidly-moving daughter in shot, her face is noticeably blurred compared to that of her unmoving parents. Again, since we're reaching a watershed for phone photography, it's hard these days to make a truly awful camera.

The point of a Fairphone is to reduce your CO2 emissions and ensure you aren't buying a device made with sweatshop labor. In order to reduce your carbon footprint, the device is broken down into six easily-replaceable modules. For all of the people mourning Project Ara or LG's G5, this is the phone that follows through on that promise. And, whereas in those examples, modularity was a gimmick, here it has one purpose: easy repairs. Fairphone's commitment to making every component user-serviceable means that there's a screwdriver-cum-spudger in the box. The back cover pops off with a flick of the thumb, and there's a number of easily-reached screws underneath. And, as with the battery, cheap replacements will be available from the website for you to swap in on your own.

iFixit hasn't yet done a teardown of the device, but given the last model got a rare 10/10 score, we'd be surprised if this one didn't do just as well. As well as the modular construction, it's also designed to take plenty of punishment, with a thick Gorilla Glass 5 display. The expectation is that you'll only break this thing if you set out to break it.

The first Fairphone was released at the tail-end of 2013, with the second landing at the tail-end of 2015. Both were designed to last around five years, which is around two and a half times longer than most commercial phones. Judging from recent statistics, people are now holding onto their devices for three years on average -- longer lifespans are clearly becoming a thing.

Buying habits aside, one thing that's different with the Fairphone 3 compared to its predecessors is that would-be buyers had to wait to own one. The phones were made in limited batches, with long wait-times between each production run. This time around, the company (along with ethical investors) has bankrolled a much bigger initial run, with tens of thousands of handsets available at launch.

And for $500, you're not only buying a good-looking phone, the sales pitch is that you're making a decision to support better resources and labor practices when it comes to smartphone manufacturing. The components used in its construction were bought from mines that try not to hire children, or abuse its workers. The factories where they were made pay better than others, and offers opportunities for training, advancement and a better life. Projects include working with gold miners in Peru and Uganda, pushing the latter to adopt fairtrade standards. In partnership with NGOs in the area, the company is working to eradicate child labor by implenting better working conditions for adults and helping children stay in school. Their work also pushes for better methods of mining, to prevent the use of harmful mercury in the processing of gold.

Larger manufacturers have dense, complicated supply chains and it's all-too possible for ethical issues to slip through the net. If you've opted not to buy clothes that use sweatshop labor, and keep flirting with vegetarianism, then this is the phone for you.

And if you couldn't care about either of those issues, then you should still probably buy this phone. With the 3, Fairphone is trying to make the leap from niche devices for folks trying to do better, to making ethically-responsible smartphones that many will actually want to own.

In this article: android, ethical, ethics, fairphone, fairphone 3, gear, google, hands-on, mobile
All products recommended by Engadget are selected by our editorial team, independent of our parent company. Some of our stories include affiliate links. If you buy something through one of these links, we may earn an affiliate commission.