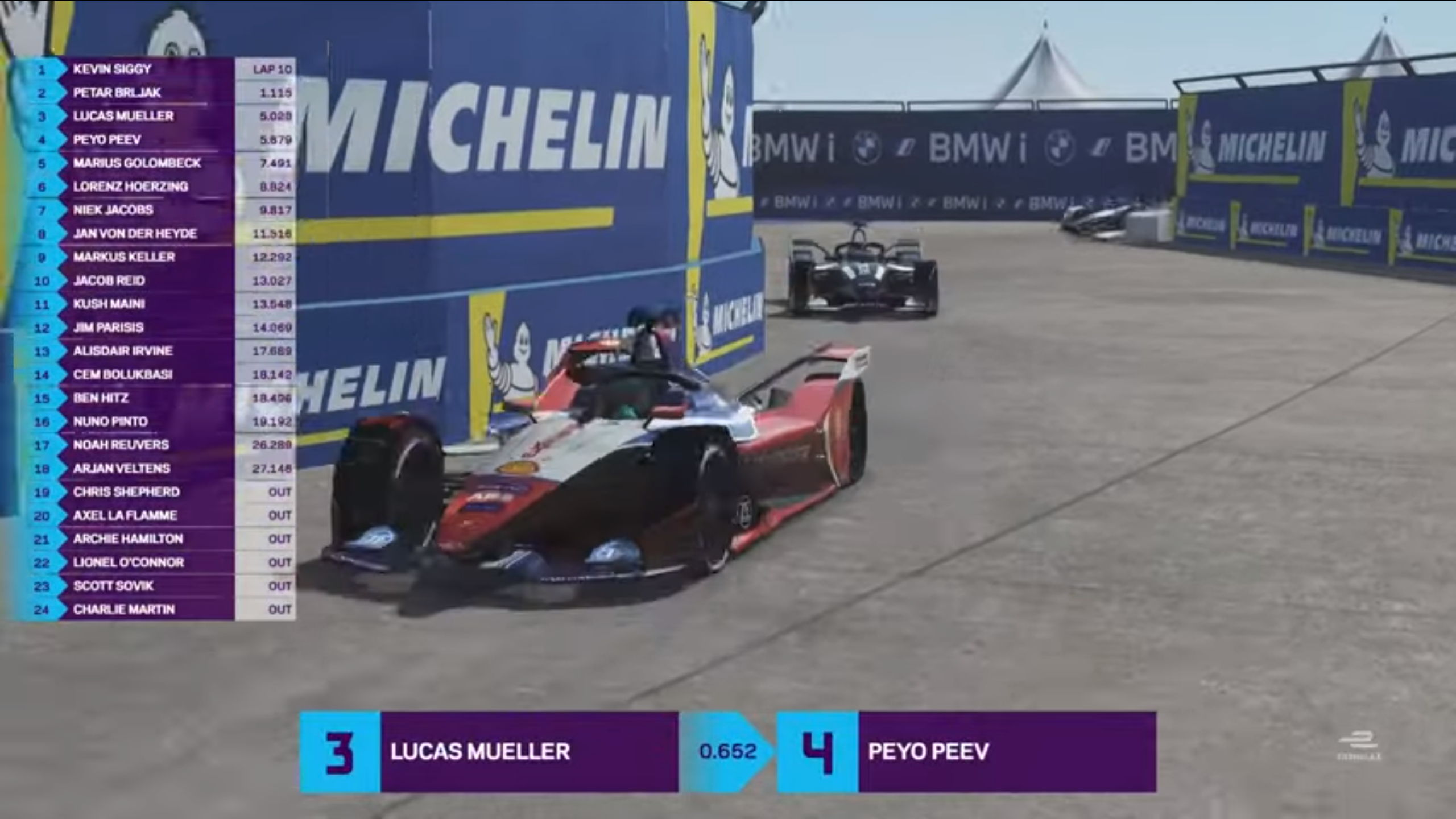 Formula E Audi driver Daniel Abt has been disqualified from an esports race and fined €10,000 for using a ringer in his place, according to Reuters. Rivals became suspicious after he qualified in second place and went on to take third in the Formula E Race at Home Challenge, despite never having finished higher than 15th before. It turned out that professional e-sim racer Lorenz Hoerzing was at the wheel.

Stoffel Vandoorne, a past Formula 1 driver, was suspicious from start as he felt that Abt/Hoerzing blocked his opportunity for a win. “Really not happy here because that was not Daniel driving the car himself, and he messed up everything. That was ridiculous,” he said during the race. “I’m questioning if it was really Daniel in the car.”

Abt did have a Zoom feed going, but his face was blocked by a microphone or other equipment. “Please ask Daniel Abt to put his Zoom next time he’s driving, because like Stoffel said I’m pretty sure he wasn’t in,” said two-time Formula E champion Jean-Eric Vergne.

Formula E reportedly checked IP addresses and figured out that Abt couldn’t have been driving. Rather, 18-year-old pro gamer Lorenz Hoerzing, who competes in the parallel FE Challenge series, had taken his place. Hoerzing has now been banned from the Race Challenge series and stripped of his sixth place finish in the companion FE Challenge race.

The online Race at Home Challenge aims to keep drivers and fans engaged with Formula E during the COVID-19 lockdown, as real racing was suspended for the season. It’s also designed to raise funds for UNICEF. Racers use the rFactor2 Simulation, with real-life Formula E and esports competitors often racing together. Formula E drivers must use a standardized sim setup and software, while esports drivers have a bit more leeway, equipment-wise.

“I would like to apologize to Formula E, all of the fans, my team and my fellow drivers for having called in outside help during the race on Saturday,” Abt said in a statement. “I didn’t take it as seriously as I should have. I’m especially sorry about this, because I know how much work has gone into this project on the part of the Formula E organisation. I am aware that my offence has a bitter aftertaste, but it was never meant with any bad intention.”

Update 5/27/2020 3:06 AM ET: Yesterday morning, Audi announced that it had dropped driver Daniel Abt over the incident, and Abt himself released a video statement announcing he was no longer with the team. In the video, he said he saw the esport races more as entertainment than competition and figured it would be a “funny move if a sim racer” drove in his place, according to the (translated) video. “We wanted to document it and create a funny story for the fans with it,” he added.

Abt’s purported plan was to release a video revealing the scheme. He said he didn’t pay Hoerzing and claims that the fact that they didn’t try to hide his VPN was proof they weren’t trying to cover it up. He railed against the media, saying it labeled him a cheater “without giving [me] a chance to personally talk about it.” He concluded, however, that “we did not think enough about the seriousness and the consequences of the situation ... [it was] a huge mistake.”

In this article: Lorenz Hoerzing, Daniel Abt, green, esports, race, ringer, Formula E, news, gaming
All products recommended by Engadget are selected by our editorial team, independent of our parent company. Some of our stories include affiliate links. If you buy something through one of these links, we may earn an affiliate commission.