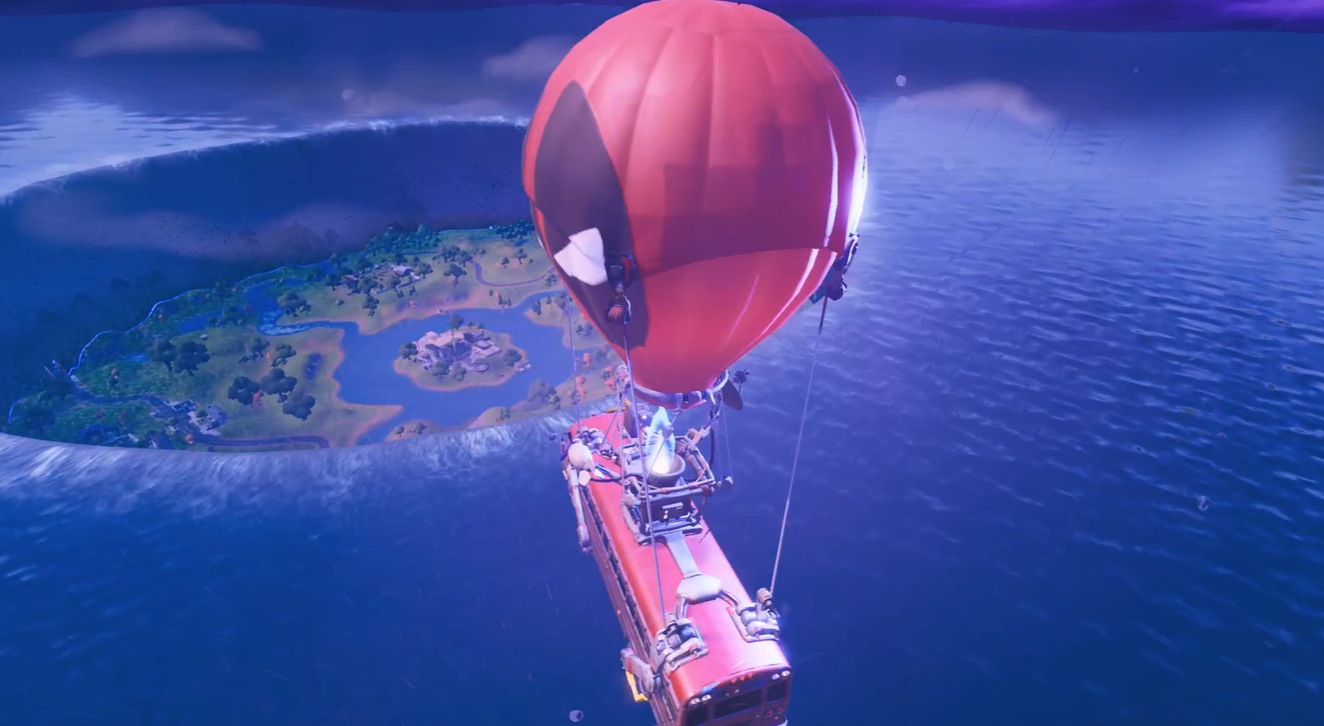 As leaks suggested, water will play a bigger role than ever in Fortnite following today’s Device event. When players hopped back into the game after the event was over, there was a giant, encroaching wall of H2O around the active play area. It replaces the traditional storm with one you can swim in, but you’ll take damage when you’re in the sea.

The event, which took place at The Agency in the middle of the map, was another season-ending spectacle. Towers emerged from the water as thunder and lightning swirled around. Players were launched into the air and energy beams shot out from the towers, pushing back the edge of the storm.

Then things really got wild. Players teleported back and forth between the map and an office location, where the view switched to first person. There were several folders on the desk with a “Top Secret” label on them. When players finally returned to the island, they were surrounded by that huge water barrier. Moments later, they were back on the battle bus and could drop into a small area to duke it out with others.

Epic noted beforehand that the event would have a limited capacity, which of course it hit. Some players reported problems when they tried to launch any games from the Epic Games Store, which might have been a result of the event’s popularity. Those who couldn’t make it into the game for the Device had to watch livestreams instead, and plenty of folks did just that.

At one point, more than 2.3 million people were checking it out on Twitch alone. That’d shatter the record for concurrent viewers for any game on Twitch. On its beta launch day, Valorant got close to beating the then-record holder, the 2019 League of Legends World Championship (1.74 million). As for YouTube? The concurrent viewership figure was more like 6.1 million.

The event left some things up in the air, such as what other changes are in store for the game and the map -- The Agency was destroyed during the event, for one thing. We’ll find out more in a couple of days, as the next season is set to start on Wednesday. Don’t forget your snorkel.

In this article: fortnite, epic games, battle royale, games, video games, videogames, news, gaming
All products recommended by Engadget are selected by our editorial team, independent of our parent company. Some of our stories include affiliate links. If you buy something through one of these links, we may earn an affiliate commission.