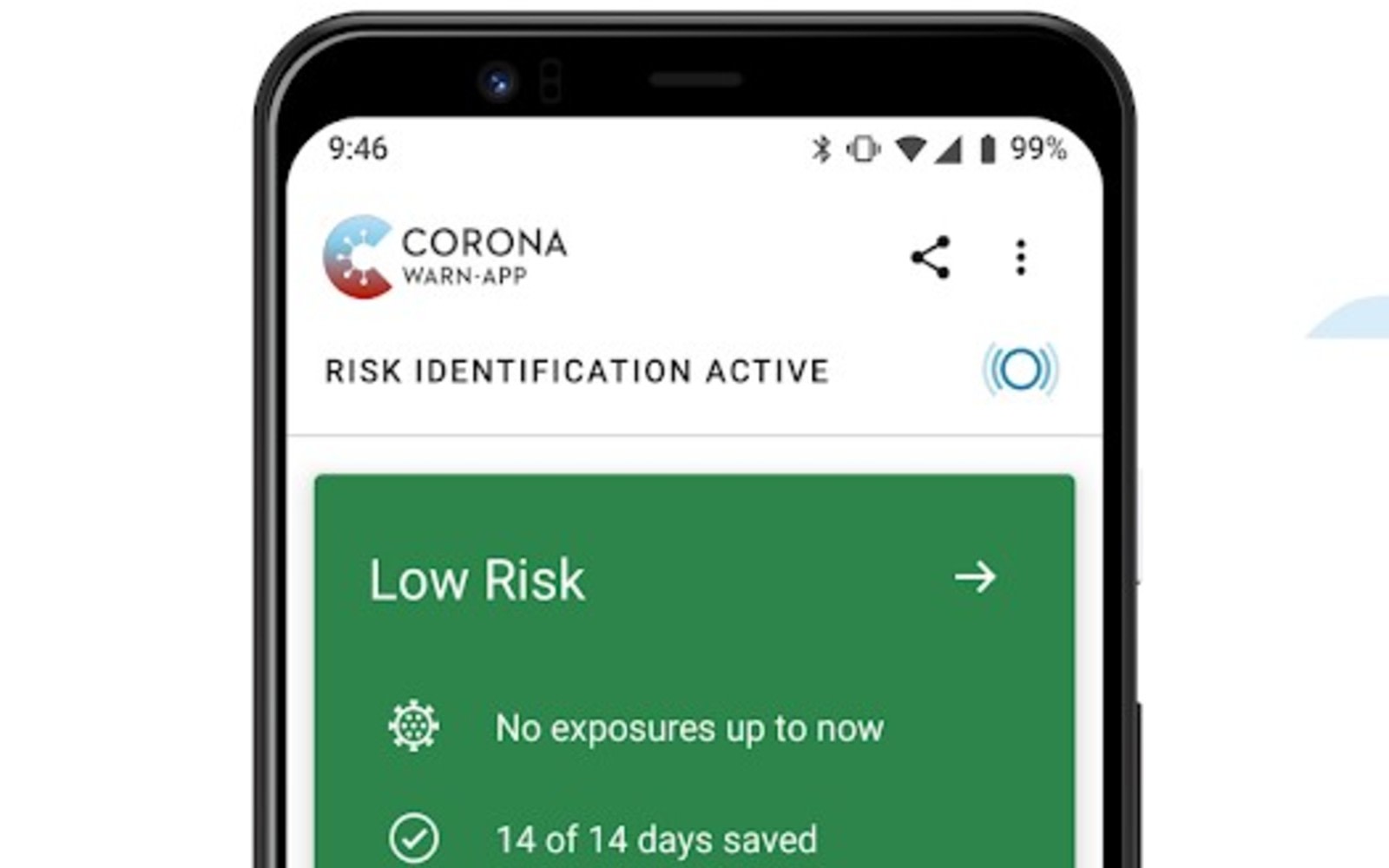 As expected, Germany has become the latest European country to launch a COVID-19 contact tracing app. German residents can download the country’s Corona-Warn-App starting today on iOS and Android -- though the government is not making it mandatory to do so.

The app was co-developed by German national carrier Deutsche Telekom and SAP using Apple and Google's joint contract tracing API as a base. Germany had initially planned to use a centralized standard called Pan-European Privacy-Preserving Proximity Tracing (PEPP-PT) to build out its app. However, it instead opted for a decentralized approach after Apple refused to change a setting on its iPhones that would have allowed the app to run in the foreground. Privacy advocates were also firmly against the idea of a centralized contract tracing system.

According to the Associated Press, the government spent €20 million (approximately $22.5 million) funding the development of the app. Moving forward, it expects to spend another €2.5 million to €3.5 million per month operating the software.

As in other countries, the app is meant to complement conventional contract tracing efforts wherein medical professionals reach out to people who may have come in contact with a COVID-19 patient. The software uses Bluetooth LE to record when the user passes someone else who has the app installed on their phone. It also notes how long they've been near one another. Should a user of the app test positive for COVID-19, it will inform anyone they've been in contact with for longer than 15 minutes. Governments worldwide see smartphone contract tracing apps as an essential tool in stopping a potential second wave of COVID-19 cases, but they need widespread adoption to be useful.

Besides low adoption, other issues may hamper the effectiveness of the app. Not all of Germany's clinics can transmit test results electronically. In those instances, people who test positive for COVID-19 will need to phone a national hotline to sync their apps properly. There's a worry some people may call the hotline to troll people who have the app installed on their phone. At launch, the software also isn't compatible with the contract tracing apps other European governments have deployed in their countries; roaming functionality is something Germany plans to add some time in the next few weeks.

Still, a lot is riding on the success of the app. According to tracking by Johns Hopkins University, the country has had 188,213 confirmed COVID-19 cases and 8,814 deaths to date, meaning it has had both fewer cases and deaths than Italy and the UK. But with the government easing travel restrictions and events like IFA coming up, there's a chance for the coronavirus to flare up again.

In this article: covid-19, coronavirus, contact tracing, mobile, health, ios, android, Germany, European Union, EU, app, medicine, news, gear
All products recommended by Engadget are selected by our editorial team, independent of our parent company. Some of our stories include affiliate links. If you buy something through one of these links, we may earn an affiliate commission.