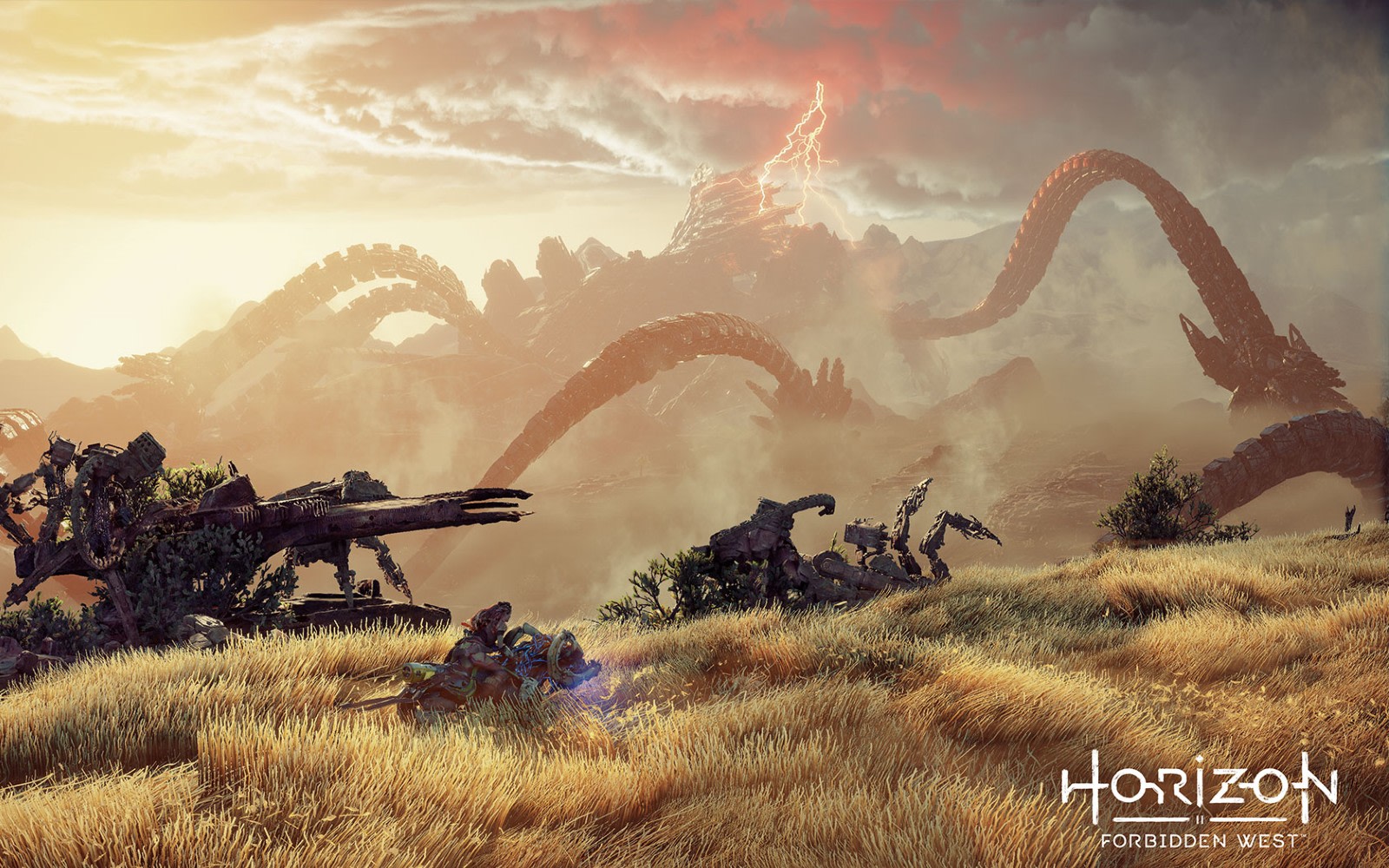 Outside of a release date, the three-minute video is full of tantalizing details. According to de Jonge, the game's title refers to a "mysterious new frontier" extending from Utah to the Pacific Ocean. Horizon Zero Dawn took players across stretches of post-apocalyptic Utah, Colorado and later Montana in the game's Frozen Wilds expansion. If you watched the premiere trailer with a keen eye, you would have seen the Golden Gate Bridge and other San Francisco landmarks, including the Transamerica Pyramid and Ferry Building, make an appearance. De Jonge described the map as "a bit bigger," but thanks to the PlayStation 5's SSD tech, there’ll be "virtually no loading screens." That includes when you boot up the game to start a new play session, as well as when restarting from a checkpoint or fast traveling.

Hephaestus, the rogue artificial intelligence that created the cybernetic beasts that roam Horizon's world, will have new challenges for players to take on, with de Jonge saying they'll be "dozens" of new machines featured in Forbidden West. As before, you'll have to scan and study them to figure out the best way to approach combat with each one. One of the hostile tribes Aloy will encounter in Forbidden West has learned how to override machines. Depending on how battles with that tribe play out, the fact they can ride the machines into combat may end one of the best tweaks to Horizon's gameplay Guerrilla Games introduces with the new game. In Horizon Zero Dawn, Aloy's encounters with other humans were some of the least compelling parts of the game since they didn't make use of any of the mechanics that made the machine battles so engaging.

The one major upside of the extended wait for Horizon Forbidden West is that PC players will have a chance to play the original game when it makes its way to Windows later this summer. That should help create an even bigger audience for the sequel.

In this article: PlayStation 5, PS5, Sony, video games, Horizon Forbidden West, Guerrilla Games, news, gaming
All products recommended by Engadget are selected by our editorial team, independent of our parent company. Some of our stories include affiliate links. If you buy something through one of these links, we may earn an affiliate commission.