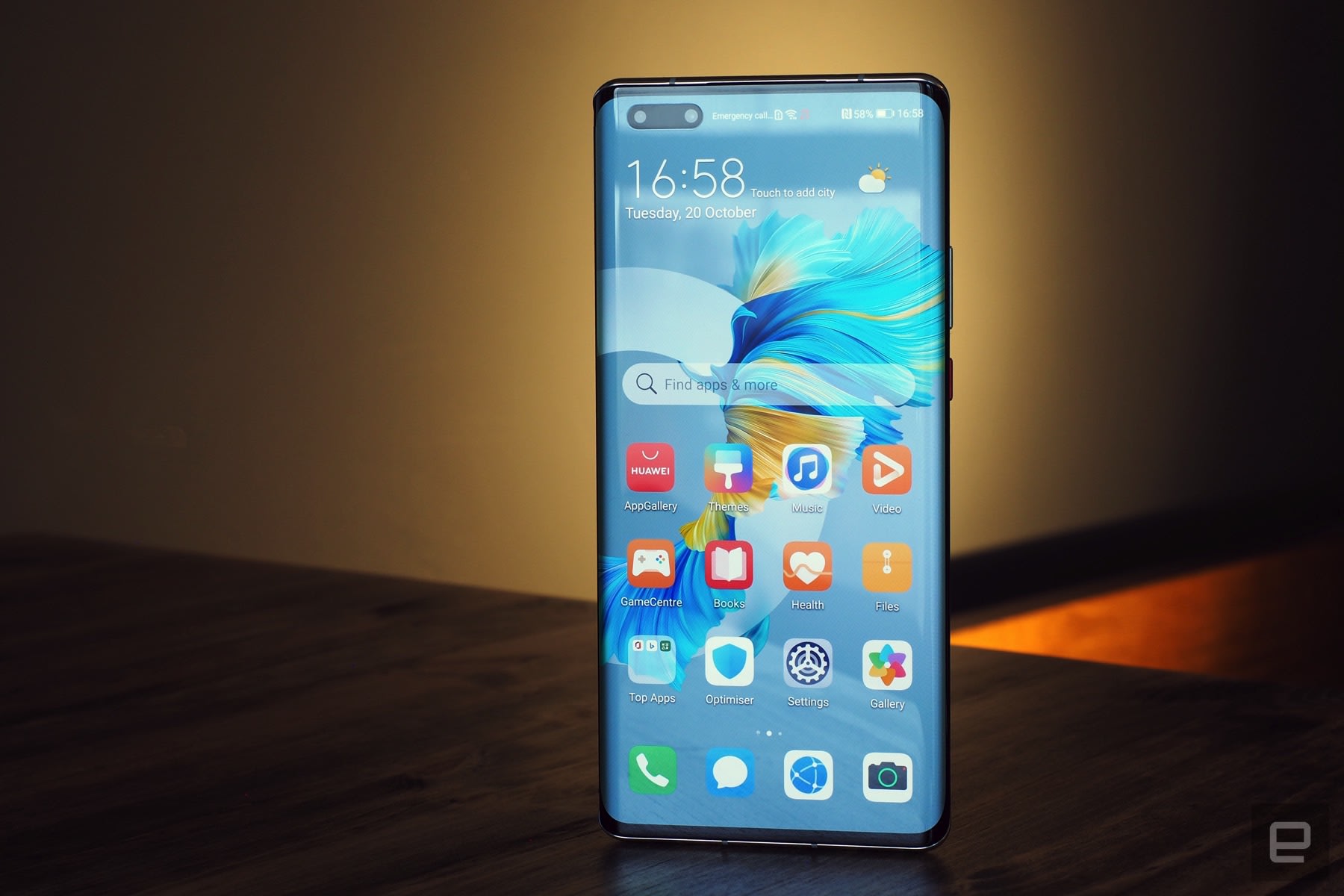 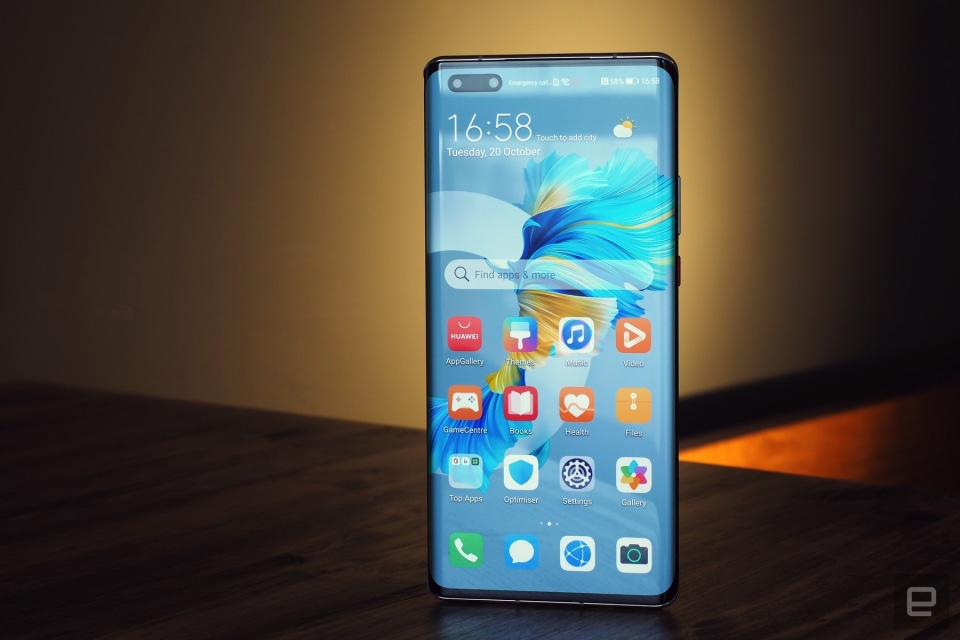 You know the score by now. Huawei currently makes Android phones that can’t run Android apps, or at least the ones that I, and most people, want to use. Today, the company announced the Mate 40 family of super-sized flagship smartphones, but has much changed since last year’s Mate 30? The hardware here is compelling, again, and Huawei deserves praise for the look, feel and imaging prowess that this phone can offer. I’ve spent the last few days with the Mate 40 Pro, and there’s much to celebrate, but the same big reason not to buy. 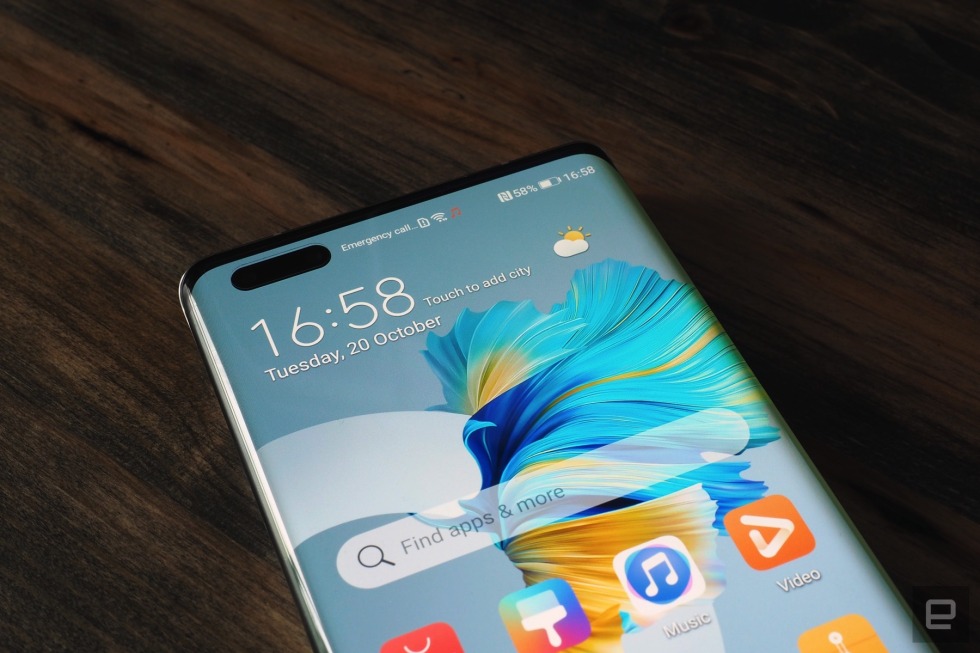 We’ll start with the one reason to conceivably buy a Huawei phone since it got cut off from Google: the camera, co-developed with Leica. Huawei’s more-is-more approach means that the company crams as much raw power into their phones as possible. There’s no single-lens-and-let-the-CPU-figure-it-out here, but four lenses arranged in a “space ring” formation on the back of the phone. That includes a 50-megapixel, f/1.9 primary sensor, a 20-megapixel f/1.8 ultra-wide cine camera and a 12-megapixel, f/3.4 periscope telephoto sensor with optical image stabilization (OIS).

I shot plenty of images in the 50-megapixel AI “Ultra Clarity” mode to see what this phone could do. This mode is designed to shoot stills of objects and scenery in good light, and I mostly used it on historic buildings in my city. The results speak for themselves, with details still crisp even when you crop in by around 50 percent. It’s also great to be able to adjust the aperture from inside one of the easily-available camera modes. 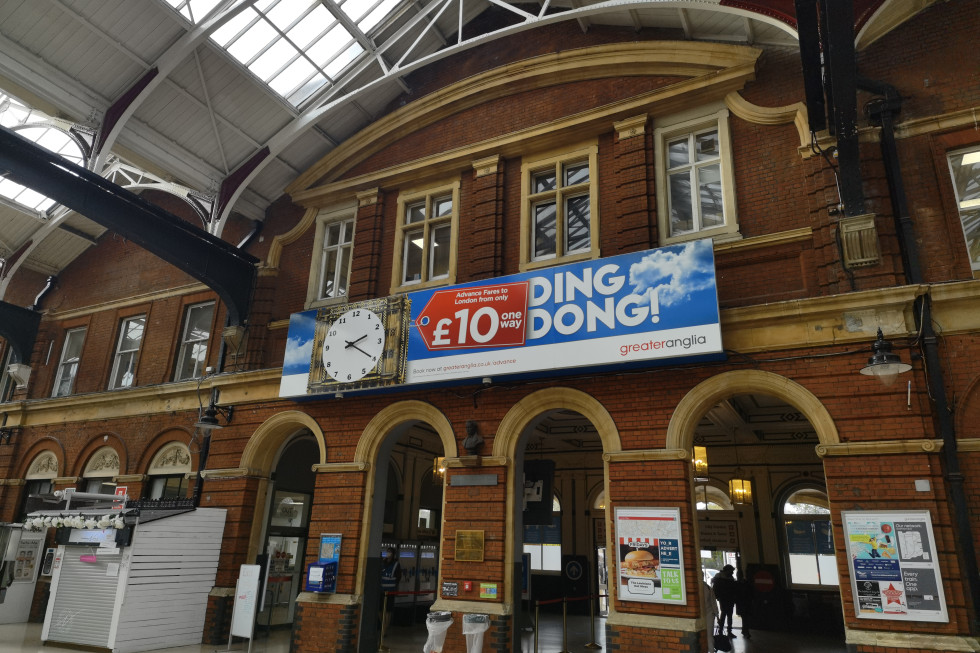 The Mate 40 Pro seemed to pick out differences in light and shadow better than its predecessors and much of this is down to the system processing images in real-time to improve backlit stills or video. Shoot with the light behind you, and the camera will pick out the under-lit detail in the foreground and blow it up, with pretty decent results. It’s also capable of picking out differences in clouds on an otherwise overcast day -- if you wanted that.

Shooting in my back garden is one of the best tests of a phone’s night shooting ability. Turn off my house lights and you’re left wandering around in darkness with no ambient light bleeding through the thick tree coverage. Perfect conditions, then, for testing the Mate 40’s new night mode.

Results were interesting, at least. Like most night modes on smartphone camera apps, wait eight seconds and the image that is produced is unreal-looking, amplifying every drop of light available in the scene. Compare that to, say, the iPhone 12, and Huawei's approach sacrifices accuracy in favor of just latching onto any detail it can and amplifying it as much as possible.

The forward-facing camera (13-megapixel wide-angle sensor; f/2.4) is certainly capable but I’m not quite as sold on it. The effects, like adding bokeh to a portrait selfie, take far too long to process and I felt like I had to take a couple each time for safety’s sake.

When it comes to video, the company claims you could shoot a real (theatrical) film with its cameras. On an overcast October day in the UK, my footage wasn’t very romantic, but what it lacks in romance it makes up for with detail and clarity. You can attach live filters to the footage to give it a different tone (including sepia and monochrome filters) even as you record. I’m not sure that you’d want to publish this as a movie without a lot of post-processing, but there is something here to work with.

When it comes to zoom, you can push the Mate 40 to 50x and still clearly read a car’s number plate around 150 feet away. It’s still not the best image quality, but Huawei continues to fare well against the competition when it comes to smartphone camera zoom features.

It’s been 18 months since the US effectively banned any US or US-affiliated technology company from doing business with Huawei. Consequently, Huawei can’t access the layer of Google services that usually sits on top of Android in the west, including the Google Play store. In its place, Huawei runs a skinned version of the open-source version of Android, EMUI 11, and its own app store, the Huawei App Gallery.

There are some pretty substantial gaps in the list of apps most people in the west consider to be essential. In the US, the most popular mobile apps on iOS and Android include YouTube, Instagram, TikTok, Zoom, Disney+, Tinder, Facebook, Snapchat and Netflix. The top charts for Huawei’s App Gallery include PicsArt photo editor, Dingtone (offering free calls) and Podcast Addict, a podcast client. In terms of the “big” apps, Huawei can boast Snapchat and TikTok in its own AppGallery store, while you can find Instagram, Netflix and Zoom, in the form of APKs for direct download, via Petal Search. (Confusing? Yes.)

Partly this is because lots of these big companies can’t work with Huawei without consequences, like Facebook, which has blocked Instagram and WhatsApp from the platform. Other developers may not see the point of porting their Android apps over to an ecosystem with a small user base. Huawei’s looking to remedy that with a “Wishlist,” where when users find a missing app, they can add it to a list. Periodically, the most popular selections will apparently be contacted by Huawei and asked if they can help bring it over to the App Gallery.

But for users in the west, this situation makes a Huawei phone a very hard sell. It doesn’t help that there’s no easy, simple and reliable way for users to circumvent the ban and install Google’s services on there themselves. (It’s possible, but be advised that doing so is fiddly and involved, and such loopholes have been found and shut down before). Of course, this situation is different in China, where Google is blocked.

The Mate 40 Pro that I’m using has a “Mystic Silver” paint job (others are available) which has a nice creamy silver tone when sat on the desk. Hold it in your hand and wave it around, however, and the light catches reflective grains in the paint job, producing a shimmer of color. It’s thankfully a little less slippery than the Mate 30 Pro, and Huawei ships it with a transparent plastic case. That’s a vital necessity since that backplate really doesn’t look good with fingerprint smears.

The Mate 40 Pro adopts the same visual language as most of Huawei’s other phones, including the P40 Pro and Mate 30 Pro. There are top-and-bottom-firing stereo speakers, and the top of the phone plays host to a couple of microphones and little else. On the bottom, you’ll find the SIM slot and USB-C port nestled between a pair of antenna lines. It’s certainly comfortable to hold in the hand, albeit a bit too big for entirely one-handed use.

One of the most annoying “innovations” of the Mate 30 series was when Huawei ditched the physical volume rocker. Instead, users double-tapped the right side of the display where the rocker should be, for one to appear on-screen. Sadly, you could never guarantee that the controls would appear at the first time of asking. Thankfully, Huawei has reversed course with the Mate 40, and the physical rocker is back, with the option of the on-screen control should you feel so compelled.

The Mate 40 Pro has a 90Hz 6.76-inch flexible OLED “Horizon Display” with a resolution of 2,772 x 1,344 and an 88-degree curve over the sides, at a time when some phone makers are reining in curved screens. The screen itself is a little bigger than the 6.53-inch display found on the Mate 30, but the difference is negligible. The central cut-out for the forward-facing cameras has been ditched in favor of the same lozenge-shaped hole punch found on the P40 Pro which contains two forward-facing cameras. On the left is a 3D depth-sensing camera, while on the right is the selfie lens, which pulls double-duty as the gesture sensor. Unsurprisingly, trying to use air gestures on this handset is as frustrating as it is on every other device, so don’t bother.

Inside, the Mate 40 Pro is the first smartphone to ship with Huawei’s newest and most powerful system-on-chip (SoC), the Kirin 9000. It’s an octa-core system with 8GB RAM, with a 24-core Mali G78 GPU and an integrated 5G modem. There are no prizes for guessing that this thing is very, very fast with there being no delay when using face unlock or the in-display fingerprint sensor. When it comes to using apps, everything just glides along.

In terms of demanding mobile games to test this handset, the only readily available option was Fortnite. The app wouldn’t let me run the game on ‘Epic’ settings because the handset wasn’t recognized (much like last year). But maxing out what I could, the game was smooth and stutter-free, and when more challenging apps are available, it’ll be worth coming back to push the chip at least a little further. Given the raw power available here, I don’t expect any hiccups.

Unsurprisingly, the Mate 40 Pro’s 4,400mAh battery is a warhorse, and I can get almost two days of use out of this thing before going back to the charger. That was under “tech review” conditions, shooting photos, playing music and watching videos while constantly prodding at the apps and menus.

But back to the chip. The Mate 40 will be the first smartphone to ship with Huawei’s Kirin 9000, but it’s also probably the last. When the US tightened its sanctions against the company, Huawei lost the ability to work with chipmaker TSMC and its much-coveted 5-nanometer production line. (That’s the same line Apple uses to make its new A14 Bionic chip.) Before the sanctions hit, Huawei essentially bought out all of TSMC’s production capacity to crank out as many Kirin 9000s as possible before September 15th.

Huawei was then cut off from all of its major chip suppliers that have the capacity and know-how to build this sort of silicon. Back in August, CEO Richard Yu conceded that the Mate 40 would only be available in limited quantities thanks to chip shortages. Hell, this phone will already be a gadget collectors’ item the moment it hits store shelves, although I’m not sure this or Beanie Babies will hold their value better.

I’m tempted to just copy and paste the closing paragraphs from my Mate 30 Pro piece from this time last year. It’s pretty much the same story for this device as it was a year ago: A powerful phone with great, world-class cameras that’s still let down by a nonexistent app selection. Even as Huawei says it’s working to close the gap between itself and Google, it’s still not even close to good enough. And in the US, it’s not as if you can even buy this handset given what’s going on right now.

In another time, this would be a phone spoken about in the same hushed tones as the Galaxy Note and iPhone Max. Right now, however, it’s a phone for the most diehard gadget enthusiast and very few others.

Naturally, there is a Porsche Design version, the Mate 40 RS, which has the five imaging sensors of the Mate 40 Pro+, as well as an infra-red temperature sensor. Naturally, you’ll get a different look, custom case and Porsche Design-branded home screen design, too.

(Update 2020/10/29 9 AM: Added additional information to the app section to reflect how Huawei’s Petal Search could be used to find some apps.)

In this article: Mate 40, smartphones, Mate 40 Pro, smartphone, hands-on, Huawei, feature, gear
All products recommended by Engadget are selected by our editorial team, independent of our parent company. Some of our stories include affiliate links. If you buy something through one of these links, we may earn an affiliate commission.