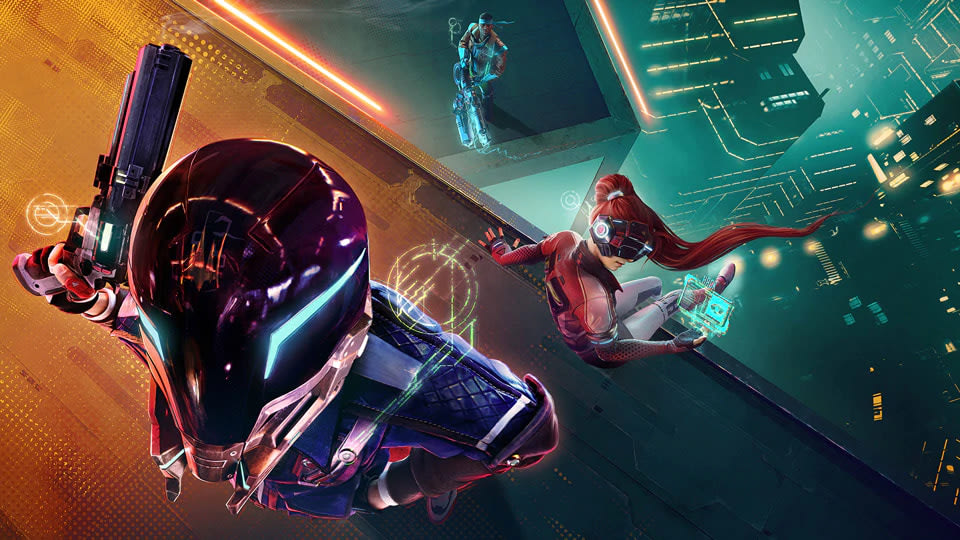 Hyper Scape, Ubisoft’s free-to-play battle royale, is making its way to consoles in a couple of weeks. It’ll arrive on PlayStation 4 and Xbox One on August 11th.

PC players have been able to try an open beta of Hyper Scape over the last several weeks. That’ll close on August 2nd, but they’ll be able to rejoin the action on the same day as their console cohorts. Any items you unlocked during the beta, whether from the current battle pass or the store, will still be yours after the game’s full launch. You’ll be able to access them on console too, via the cross-progression feature.

Oh, and did we mention that Hyper Scape Season 1 is coming to XBOX ONE and PlayStation 4? pic.twitter.com/HneNXHfTMB

Season 1 of Hyper Scape is called “The First Principle” and it’ll also start on August 11th. It’ll introduce more limited-time modes, along with a new gun called the Dragonfly and hack (or ability) named Magnet. Those will bring the total number of hacks and weapons to 11 each. You’ll be able to try an event in which all melee attacks result in an instant kill. There will be free and premium 100-tier battle passes, as well as additional lore about this futuristic universe.

If you play the game or watch at least an hour of Hyper Scape Twitch streams with the Crowncast extension enabled before August 2nd, you’ll earn 600 of the in-game currency, Bitcrowns. Speaking of that extension, which is integrated with the game, it’ll have a new feature when Season 1 starts. If you donate Twitch Bits to a Hyper Scape streamer who uses it, you can generate a visual effect that pops up in-game as they’re playing.

In this article: hyper scape, hyperscape, battle royale, battleroyale, ubisoft, games, video games, pc, ps4, playstation 4, playstation4, xbox one, xboxone, videogames, news, gaming
All products recommended by Engadget are selected by our editorial team, independent of our parent company. Some of our stories include affiliate links. If you buy something through one of these links, we may earn an affiliate commission.