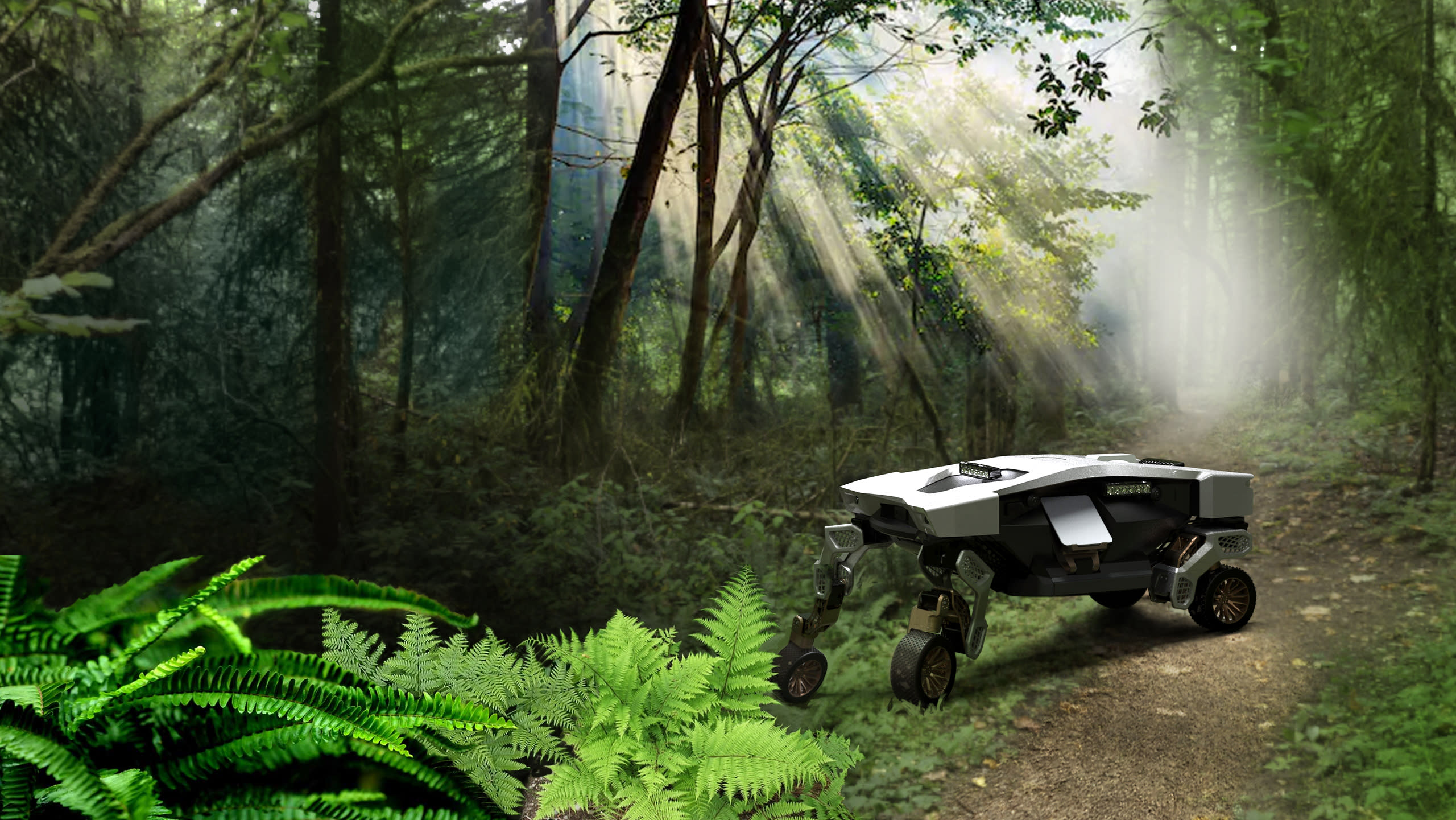 You can fit this autonomous first responder prototype in overhead storage.

The public got its first glimpse of Hyundai’s Ultimate Mobility Vehicle (UMV) concept, the Elevate, at CES 2019. The attending crowds were presented with scenes of disaster, destruction and desolation as the car-sized robot with wheels for feet at the ends of its extendable articulated legs drove, rolled, and crab-walked its way to help people in need. On Wednesday, Hyundai showed off the results of its subsequent development efforts with the reveal of its new TIGER (Transforming Intelligent Ground Excursion Robot) program concept, the X-1 -- just don’t expect it to come to the rescue of anything bigger than a kitten for the time being.

“Vehicles like TIGER, and the technologies underpinning it, give us an opportunity to push our imaginations,” Dr. John Suh, Head of Hyundai’s newly formed New Horizons Studio, said in a statement. “We are constantly looking at ways to rethink vehicle design and development and re-define the future of transportation and mobility.”

Unlike the Elevate, which was driven by a human person, TIGER is Hyundai’s first UMV designed to operate autonomously. As such its first tasks involve either carrying cargo, equipment and supplies across challenging terrain rather than humans or operating as a mobile scientific exploration and sensor platform in remote locales.

To reach its destination, the TIGER X-1 (“eXperimental prototype-1”) can drive like a conventional AWD vehicle when its legs are retracted; or it can lock each wheel individually, and extend its legs to walk, hop or crawl its way across the barriers, berms and breaches in its way.

Though the Elevate was depicted as a vehicle capable of carrying full-grown humans, New Horizons Studio is starting out smaller with the TIGER. “X-1 is about the size of a carry-on luggage in dimensions,” Suh told reporters on a recent press call. “About 50- by 30-, by maybe 18- centimeters today.”

“We've been focusing more on the technology capabilities to TIGER X-1, and in future versions we're going to be working to increase the size and payload capacity,” he continued. “At the same time, we had to garner some insights from our future customers about what they need in terms of size and capability.”

Headquartered in Mountain View, California, New Horizons Studio has already begun reaching out to its Silicon Valley neighbors for assistance in developing the TIGER, including Autodesk and the design firm Sundberg-Ferar. Autodesk is lending its additive manufacturing expertise and is working to develop lightweight carbon fiber components for future X-prototypes. Sundberg-Ferar, on the other hand, is handling the vehicle’s external design and capabilities.

“While developing TIGER with New Horizons Studio, the team at Sundberg-Ferar was looking to create a robot that maximized the efficiency of wheeled motion with the articulation of a quadruped to expand the possibility of reaching more remote locations,” David Byron, Manager of Design and Innovation Strategy at Sundberg-Ferar, said in a statement. “TIGER is a modular platform design allowing different bodies to be attached to the chassis for unique applications such as cargo delivery or surveillance in locations not suitable for humans.”

Hyundai is already brainstorming uses for its “car with legs” design beyond disaster response and cargo hauling, including autonomous taxis for wheelchair users that can walk right up the person’s front door, allowing them to wheel in seamlessly. Of course New Horizons still has to either invent, develop or mature a slew of TIGER’s internal systems before that will happen, including “wheel-leg locomotion, high-performance materials, structures, and power systems; chassis and body systems, virtual development and evaluation systems, and human-centered design and systems,” per Hyundai.

“There's a lot of technical obstacles that we need to overcome so it has the flavor of a science project,” Suh conceded. “But our great desire is to make it a product. One day, for sure.”