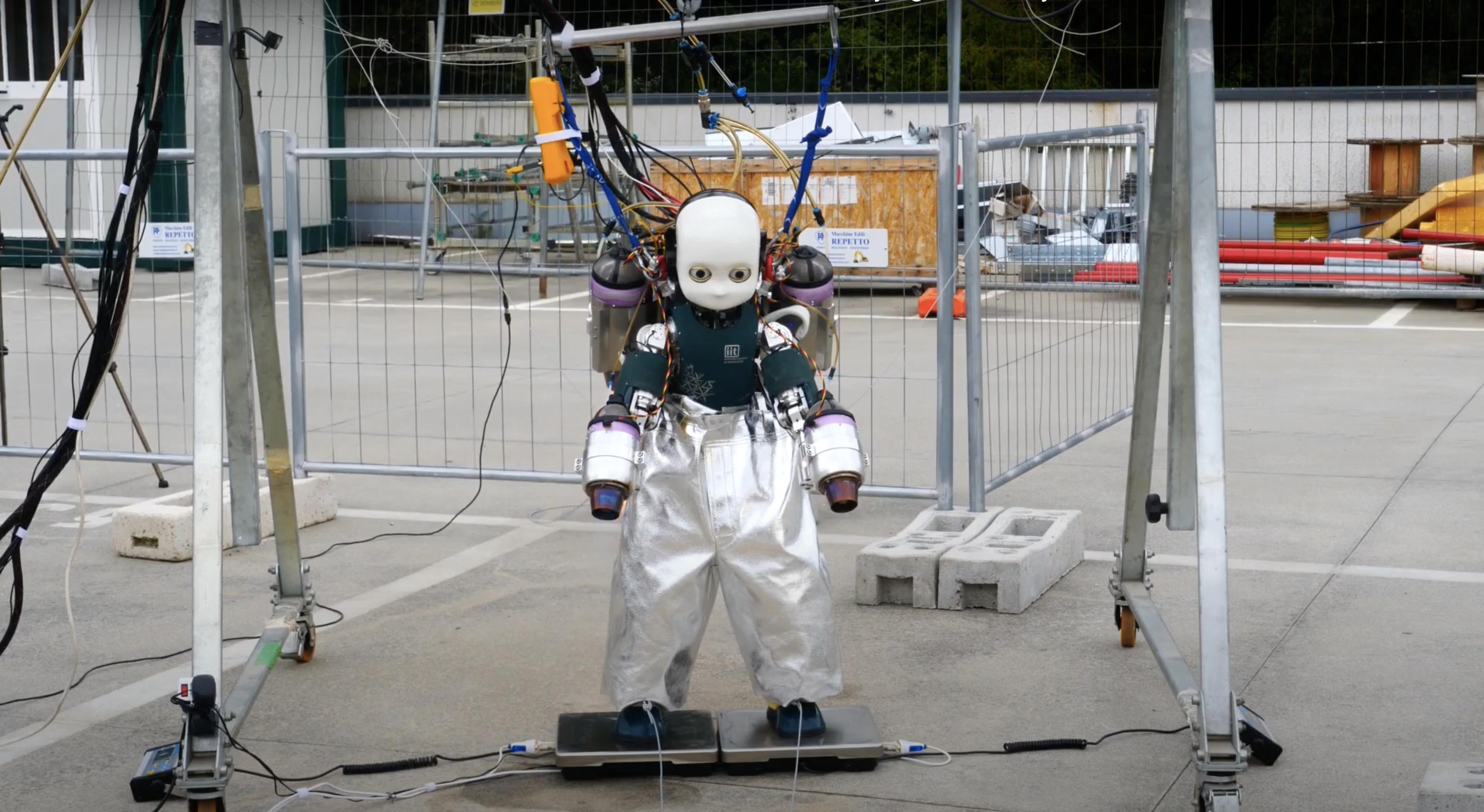 Aerial humanoid robots could one day serve as a first line of emergency responders.

As robots have steadily expanded their operations out of the controlled environments of research labs and into the chaos of real-world architectural infrastructure, getting from point A to point B has become a major challenge — take stairs, for example. In response, roboticists have developed a number of solutions, from installing rotors so that the robot can helicopter over obstacles or, in Boston Dynamics case, execute backflips that would give Simone Biles pause. And then there's Daniele Pucci, head of the Artificial and Mechanical Intelligence lab at the Italian Institute of Technology, who has taken the audacious step of strapping a fully functional jetpack akin to what Richard Browning developed onto the back of an iRonCub synthetic humanoid with hopes of eventually blasting it into the sky.

You'd think we'd have learned our lesson about the dangers of building aerial humanoid robots after our first time through Age of Ultron but Pucci's team believes that such systems could one day act as first responders to the roughly 300 natural disasters that kill around 90,000 people worldwide annually. We've seen a slew of disaster response bots — some humanoid, some not so much — emerge from labs for more than a decade, often with varying degrees of success.

Humanoid robots have an advantage over both more esoteric builds and traditional UAVs when it comes to disaster response because they can more easily manipulate a world, which is already designed for human use. However, when a natural disaster strikes, much of that human-centric infrastructure could become damaged or otherwise rendered impassable, which negates many of the humanoid robot's initial advantages. But by combining a humanoid design with the capability of flight, Pucci's team can leverage the best aspects of both technologies.

"Aerial humanoid robotics extends aerial manipulation to a more robust and energy efficient level. In fact, aerial manipulation is often exemplified by quadrotors equipped with a robotic arm," Pucci told IEEE Spectrum. "These robots can’t move around by means of contact forces with the environment, and they often struggle with flying in windy environments while manipulating an object, requiring precise position control for accomplishing manipulation tasks. So the extra hand of a flying humanoid robot could establish a contact point between the robot and the environment, thus making the robot position control simpler and more robust."

"I truly believe that aerial humanoid robotics can be used as a test-bed for actuated flying exoskeletons for human beings," he continued. "The recent successful story of Richard Browning shows the engineering feasibility of these futuristic actuated exoskeletons. However, the journey in front of us is still long, and we can use flying humanoid robots to boost this journey and avoid lots of tests on humans."

Pucci's most recent study, "Momentum-Based Extended Kalman Filter for Thrust Estimation on Flying Multibody Robots," is slated for publication in the January issue of IEEE Robotics and Automation Letters.