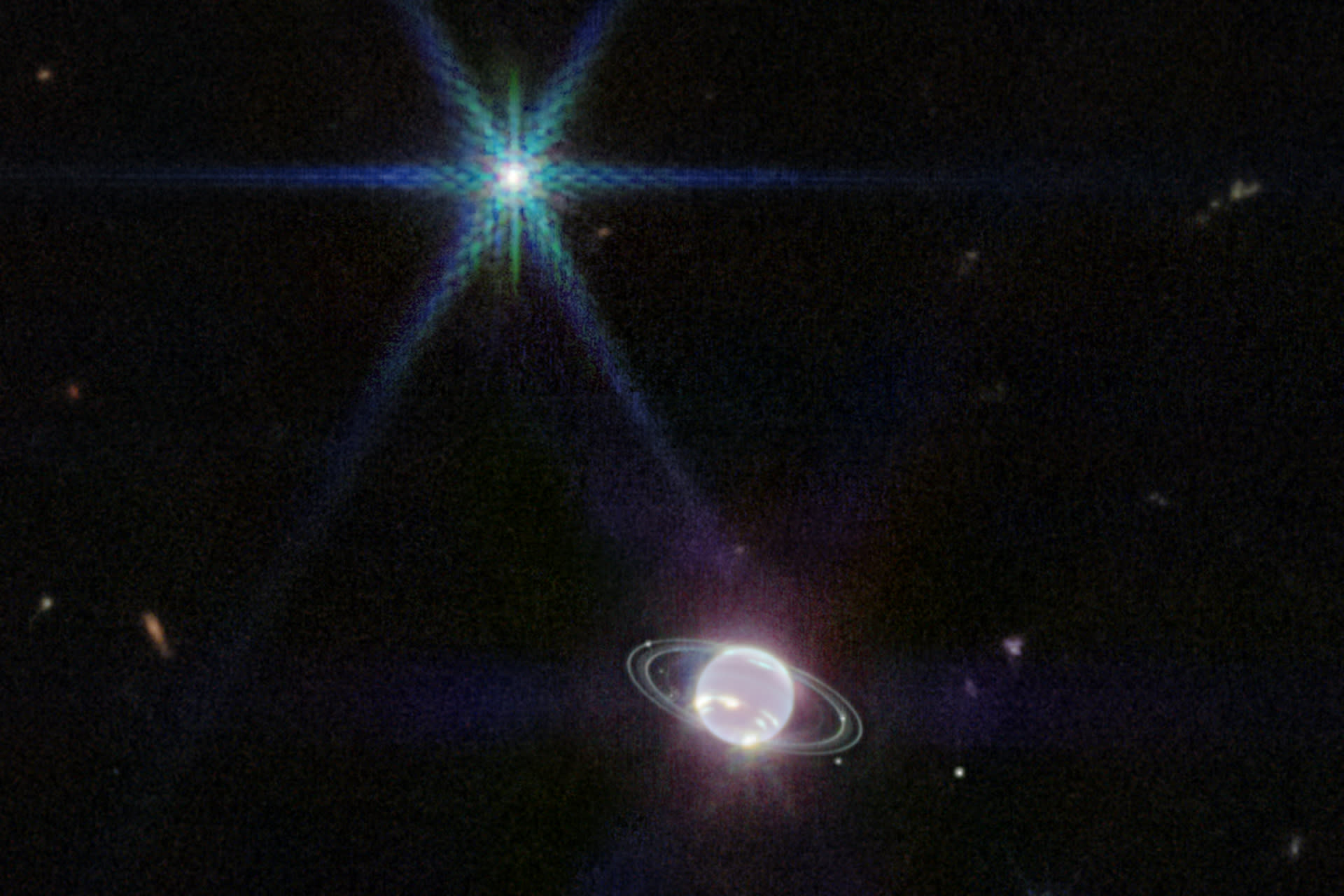 The telescope's first image of the planet is already providing new insights.

The James Webb Space Telescope's tour of the Solar System just shed light on the most distant planet in our cosmic neighborhood. Researchers have shared the observatory's first image of Neptune, and it offers the best view of the icy world's rings in over 30 years. The picture is not only clear, but offers the first-ever look at the dust-based rings in the near-infrared spectrum. At these wavelengths, the planet doesn't look blue — it absorbs so much infrared and visible red light that it takes on a dark, ghostly appearance.

The image also shows seven of Neptune's 14 confirmed moons, including Triton (the 'star' at top) as well as Galatea, Naiad, Thalassa, Despina, Proteus and Larissa. The bright spots and streaks on the planet represent methane-ice clouds, including a swirl surrounding a vortex at the south pole. Triton's attention-grabbing look is the product of both the James Webb telescope's telltale diffraction spikes as well as a condensed nitrogen surface that typically reflects 70 percent of sunlight.

Neptune is a particularly important target for scientists. At roughly 2.8 billion miles from the Sun, it's far enough to deal with conditions that aren't present for nearer planets, such as very low temperatures and a very long (164-year) orbit. Triton's odd retrograde orbit even suggests might be a Kuiper Belt object that succumbed to Neptune's gravitational pull.

This is just the start of studies using the James Webb telescope, and researchers expect to collect more observations of both Neptune and Triton within the next year. As with the recent looks at Mars and Jupiter, astronomers are only collecting preliminary data at this stage. You may have to wait a while before there are further insights that could improve our understandings of Neptune and space at large.

All products recommended by Engadget are selected by our editorial team, independent of our parent company. Some of our stories include affiliate links. If you buy something through one of these links, we may earn an affiliate commission. All prices are correct at the time of publishing.
View All Comments
James Webb Space Telescope captures the best image of Neptune's rings in decades