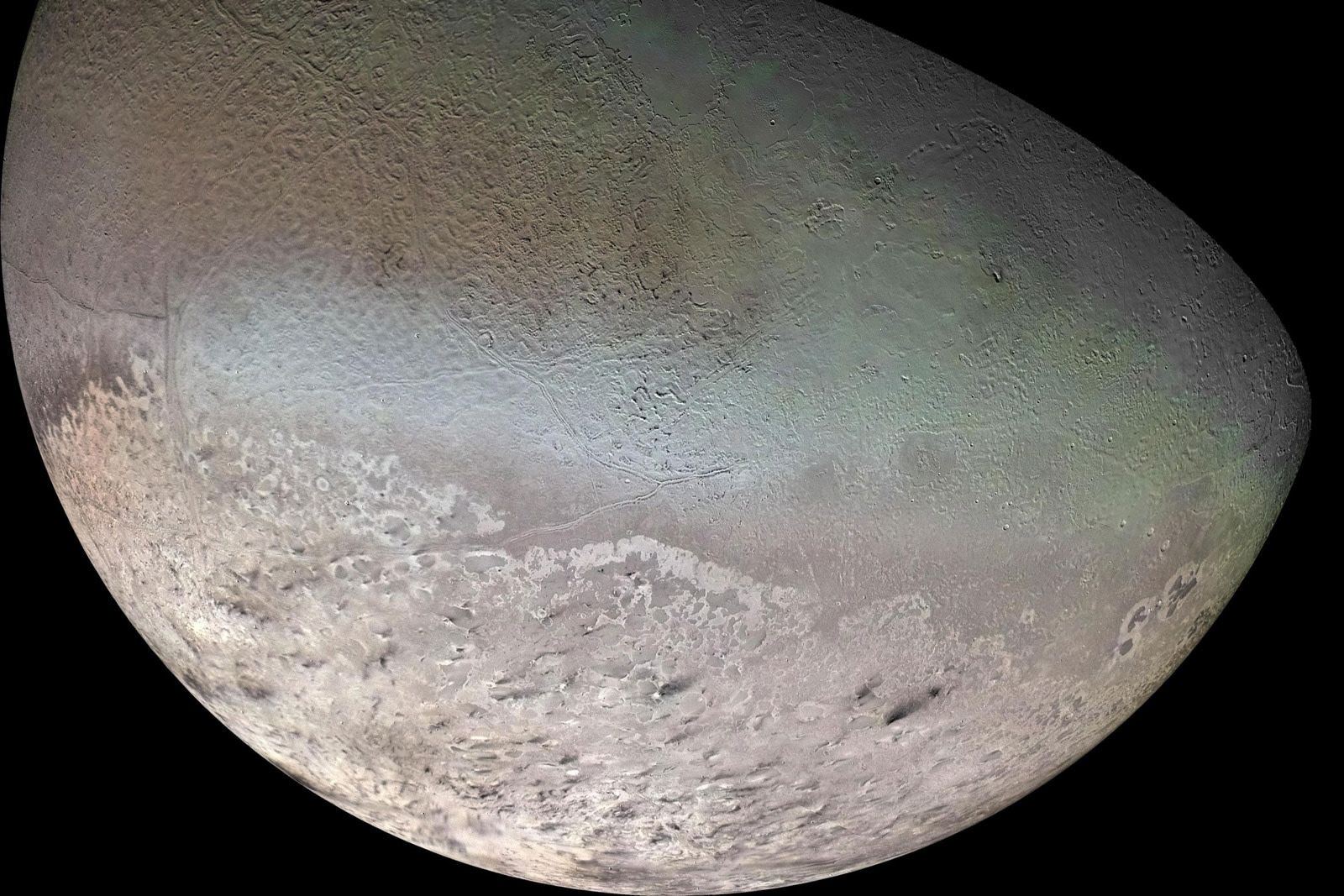 NASA’s quest to explore the Solar System's many moons might include one of the most distant. Researchers have proposed a NASA mission that would explore Neptune’s eccentric moon Triton. Nicknamed Trident for its “three-pronged” goals, the mission would probe the magnetic field to determine the presence of an ocean, map the entirety of the surface and use a camera to gauge the activity of plumes. Up to two concept studies will be chosen by summer 2021, with a launch currently slated for October 2025.

Triton could be particularly useful due to very unusual behavior. It orbits in the opposite of Neptune’s direction. Its ionosphere is 10 times more active than any other moon in the system. Its surface constantly renews, and it’s not certain what drives the plumes. Voyager 2 swung by Triton on its way out of the Solar System, but it only visualized 40 percent of the moon. Trident could fill in many of the gaps.

It will take a long time before that data comes through. Neptune is nearly 2.8 billion miles away, and Trident isn’t expected to rendezvous with Triton until 2038. There’s still a strong incentive to launch, though. This may be NASA’s best opportunity to study the plumes — if it doesn’t, the Sun’s position might prevent a good look for another century.

In this article: trident, Neptune, science, space, triton, NASA, news, tomorrow
All products recommended by Engadget are selected by our editorial team, independent of our parent company. Some of our stories include affiliate links. If you buy something through one of these links, we may earn an affiliate commission.