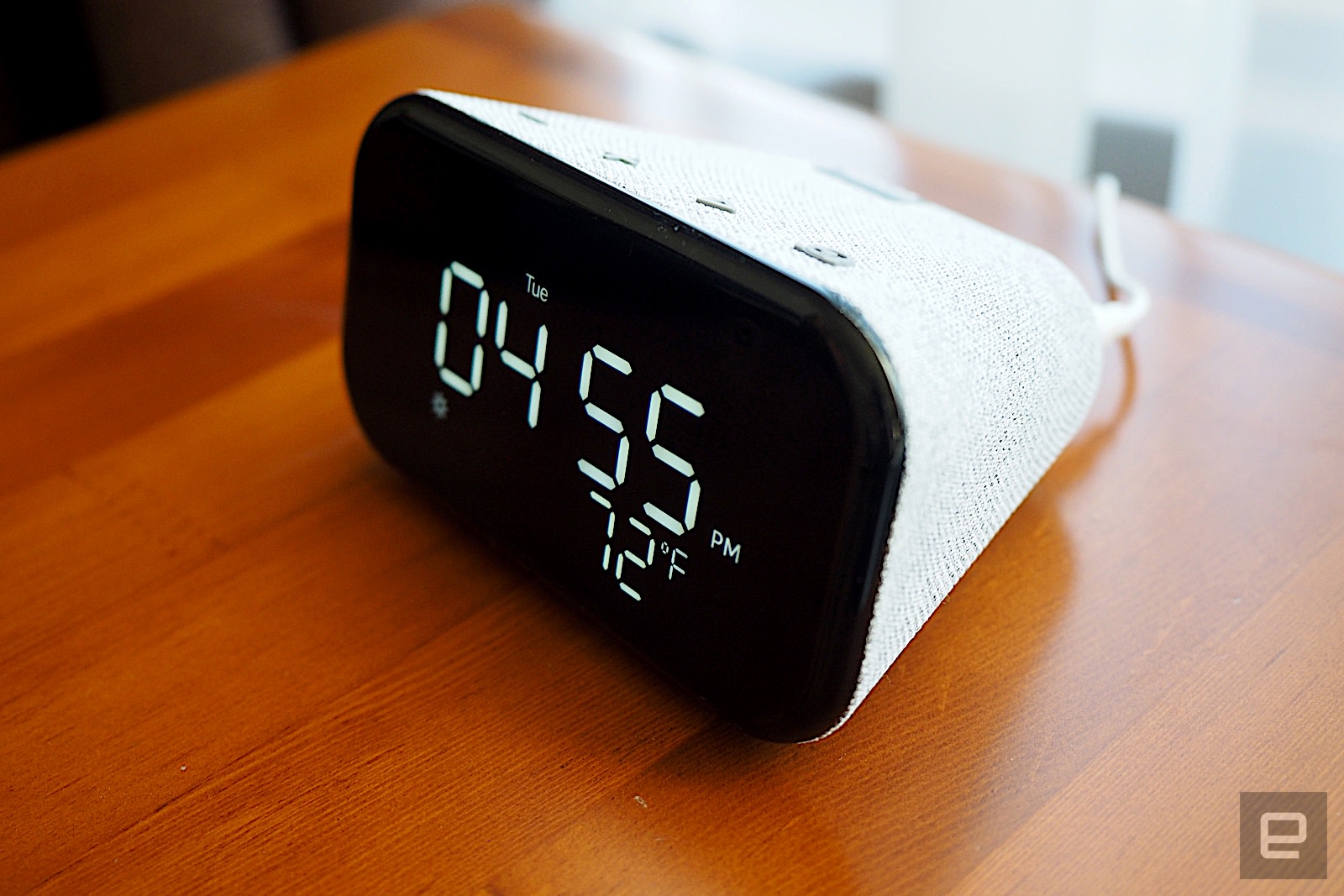 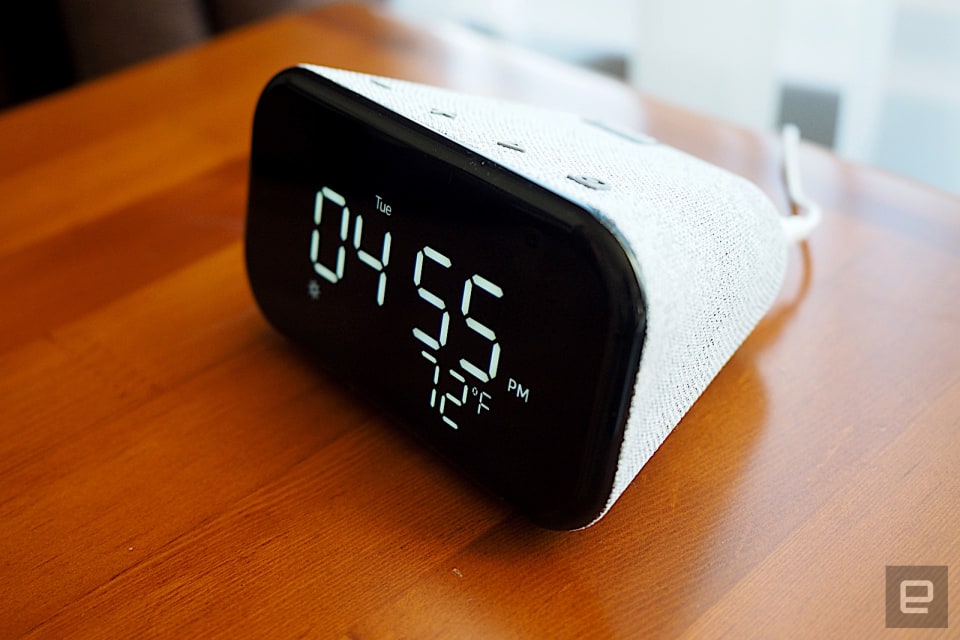 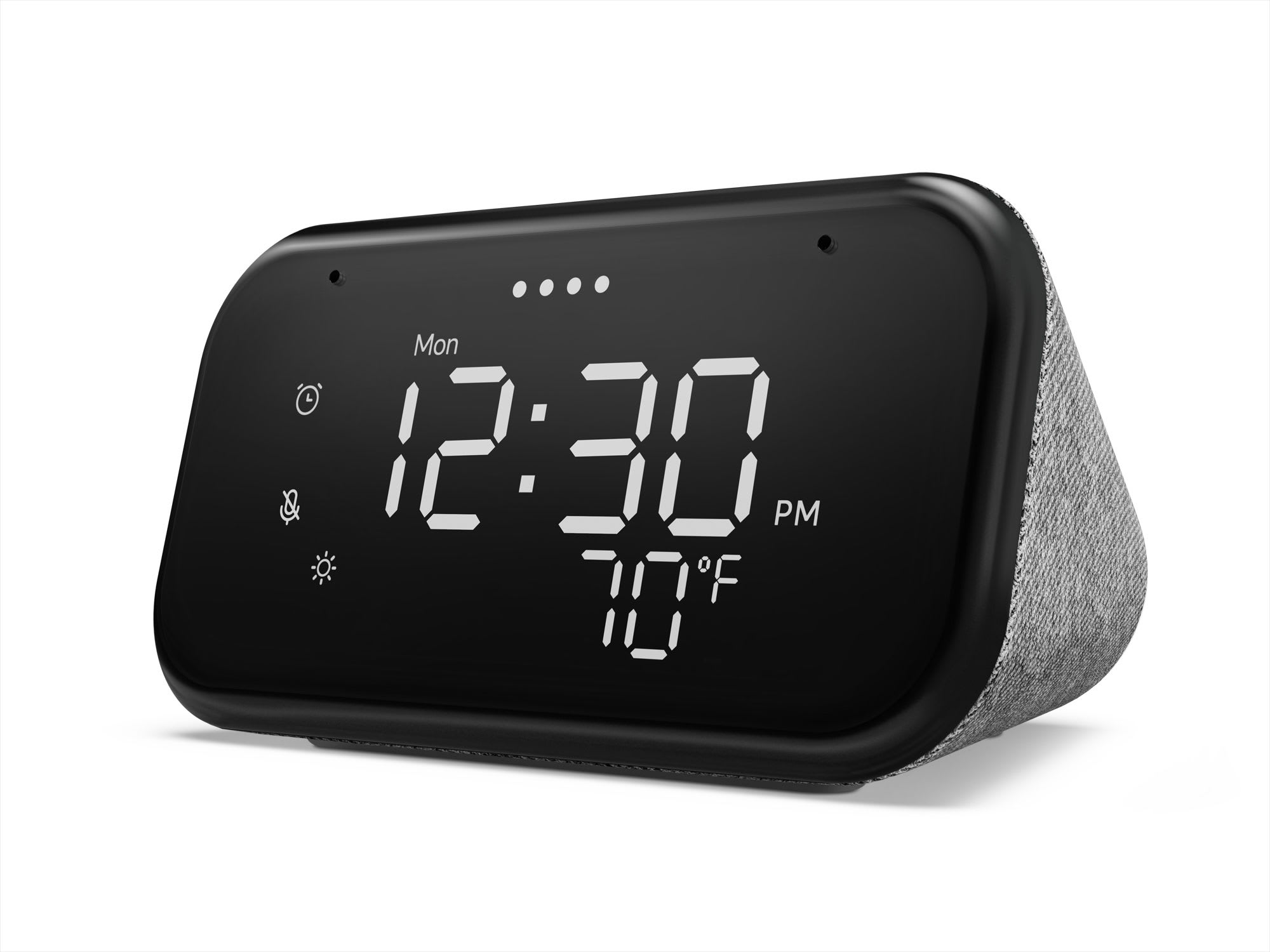 One of our favorite gadgets from 2019 was the Google-powered Lenovo Smart Clock. It doesn’t have all the bells and whistles of a typical Google smart display, but its alarm clock features, affordable price point and small form factor more than make up for it. Recently, however, the company debuted an even simpler version of the device, appropriately called the Lenovo Smart Clock Essential. 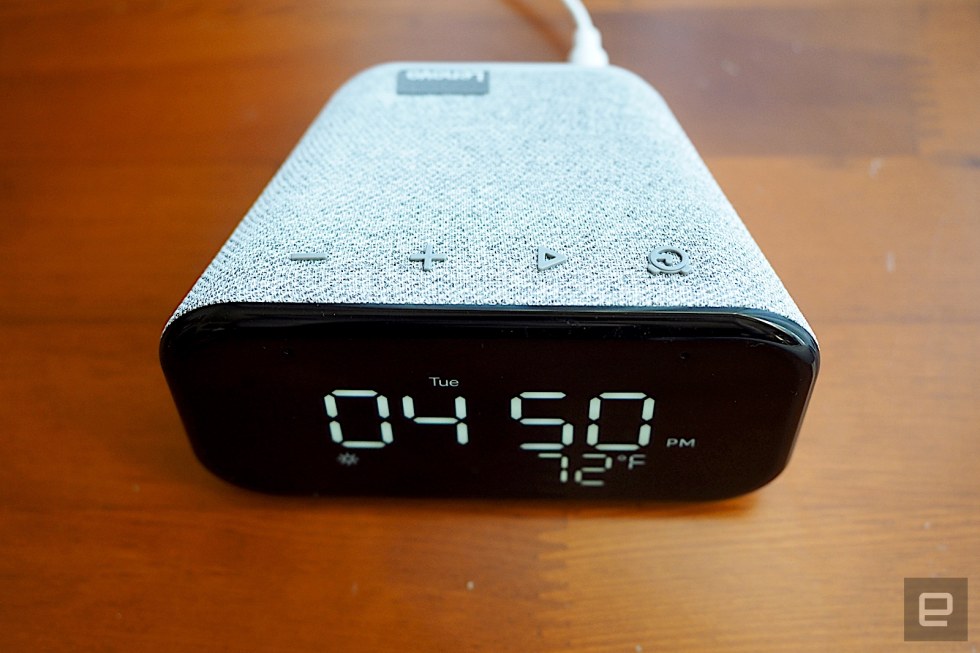 With the Essential, the pretense of a smart display is gone altogether; the LCD screen has been replaced with a basic LED display. It’s really more of a Google-powered speaker with a clock. As a result, I don’t quite like it as much as the original Lenovo Smart Clock, but it’s also $30 cheaper (the Essential retails for $50 while the original Smart Clock is $80) and if all you really want is an alarm clock with some Google Assistant smarts, then the Essential certainly fits the bill.

At its core, the Lenovo Smart Clock Essential is simply a Google-powered smart speaker with a built-in alarm clock. It’s easy enough to operate and there’s even a nightlight on the back. You can adjust its various settings using your voice. It does lack a lot of the features of the original, but if all you want is an ordinary-looking alarm clock with some basic smarts for not a lot of money, then the Smart Clock Essential is not a bad option.

Be the first to review the Smart Clock Essential?
Your ratings help us make the buyer’s guide better for everyone.
Write a review

Lenovo’s Smart Clock Essential has a very similar design language to the original, with a trapezoid shape and a grey fabric-clad finish. But at 4.76 inches wide by 2.52 inches tall and 3.27 inches deep, the Essential is shorter and wider than its predecessor, with smoother edges and more rounded corners. While the Smart Clock looked like a miniature smart display, the Smart Clock Essential really does look like a regular old digital alarm clock.

The big reason for that is the 4-inch bright LED screen with bold numerical digits that can be easily read across the room. Aside from the time, it also displays the day of the week and the current weather. If you’ve set an alarm, a small clock icon will also be present on the left.

Unlike the Smart Clock, however, there’s no ambient light sensor so it won’t dim or brighten automatically based on the surroundings. Instead, I have to adjust the brightness myself by instructing it via voice command. So for example, I could say “Hey Google, set the screen brightness to 50” and it’ll dim to 50 percent of its max brightness. This is certainly not as handy as an ambient light sensor, but I didn’t think the LED digits were too distracting; they’re not any brighter than other digital alarm clocks I’ve used in the past. That said, I do think it’s a hassle that the only way to adjust the brightness is via voice command. I would’ve appreciated a manual option.

The top of the Smart Clock Essential is home to the volume controls as well as a “Play” button plus an alarm setup button. On the back are the microphone mute switch as well as a USB-A port for charging your phone at night. Also on the rear is a built-in nightlight, which you activate by holding down the volume down button or using your voice (“Hey Google, turn on the nightlight”). By default, the nightlight emits a soft white glow but is still bright enough so I don’t have to stumble as I head to the bathroom. Much like the LED screen, you can adjust the brightness of the nightlight by instructing Google to do so.

A short press on the aforementioned alarm setup button will reveal your existing alarm. If you have more than one set, pressing again reveals the next one (Each alarm is denoted by a number on the bottom right. So the first alarm will display “01” and the second alarm will display “02” and so forth).

The easiest way to set up an alarm on the Smart Clock Essential is via Google Assistant, but you can do it manually, too, by pressing and holding on the alarm button. Not only can you set the hour and minute, but you can also set the alarm for weekdays, just weekends or individual days. You can navigate through the different categories with the volume buttons. To cancel an alarm, you’d press the alarm button and then the volume down button, or simply tell Google Assistant to do so. Much like the previous Smart Clock, shouting “Stop” will dismiss the alarm. Or, you can also choose to tap the top of the Smart Clock Essential to buy yourself some snooze time.

The Lenovo Smart Clock Essential only has a 1.5-inch three-watt speaker so I didn’t really expect much in terms of audio quality. But it was surprisingly loud, and I enjoyed blasting Lizzo songs from Spotify in the morning as I made the bed. The audio quality is about on par from the original Smart Clock. Sure, it’s not as bass-heavy or rich as audio from the Nest Hub or the Sonos One, but for its size, I thought it was good enough. I can pause the music by pressing the aforementioned Play button or simply through voice command.

Of course, like most other Google-powered smart speakers, I can ask it for information like the weather, my upcoming calendar appointments, my to-do list and more. You can also use it to control smart home devices such as Philips Hue lights or a Chromecast. It also works well with Google smart routines, such as a “Good Morning” routine or a “Good Night” one, which you can customize for a set of actions such as turning off the lights or lowering the temperature.

As I said earlier, this is not a smart display like the previous Lenovo Smart Clock, so it won’t show you the five-day forecast at a glance, the currently playing audio track or your Google Photos. It also lacks the “sunrise” alarm feature on its predecessor, which would brighten the screen gradually to mimic daylight’s arrival. The original Smart Clock would even surface occasional reminders to suggest alarms for upcoming appointments so that I don’t miss them. What I especially miss is the ability to check out my Nest Hello live feed to see if the delivery person is at the front door.

Since it lacks a display, a direct rival of the Lenovo Smart Clock Essential is the Amazon Echo Dot with Clock. It, too, is only a smart speaker with alarm features, but it comes in a sphere-like design. It also costs $60 retail, which is $10 more than the Lenovo Smart Clock Essential. Of course, it runs Alexa instead of Google Assistant, so that’s an important consideration if you live in a more Alexa-powered home.

But in my opinion, the biggest competition for the Lenovo Smart Clock Essential is its older sibling, the Lenovo Smart Clock. For just $30 more, you can get all of the alarm clock smarts of the Essential, plus a whole lot more features. But if you insist on a smart alarm clock that looks like an ordinary one, and you only have a limited amount of funds, then the Essential is not a bad option by any means.

In this article: google assistant, lenovo smart clock essential, google, lenovo, review, gear
All products recommended by Engadget are selected by our editorial team, independent of our parent company. Some of our stories include affiliate links. If you buy something through one of these links, we may earn an affiliate commission.