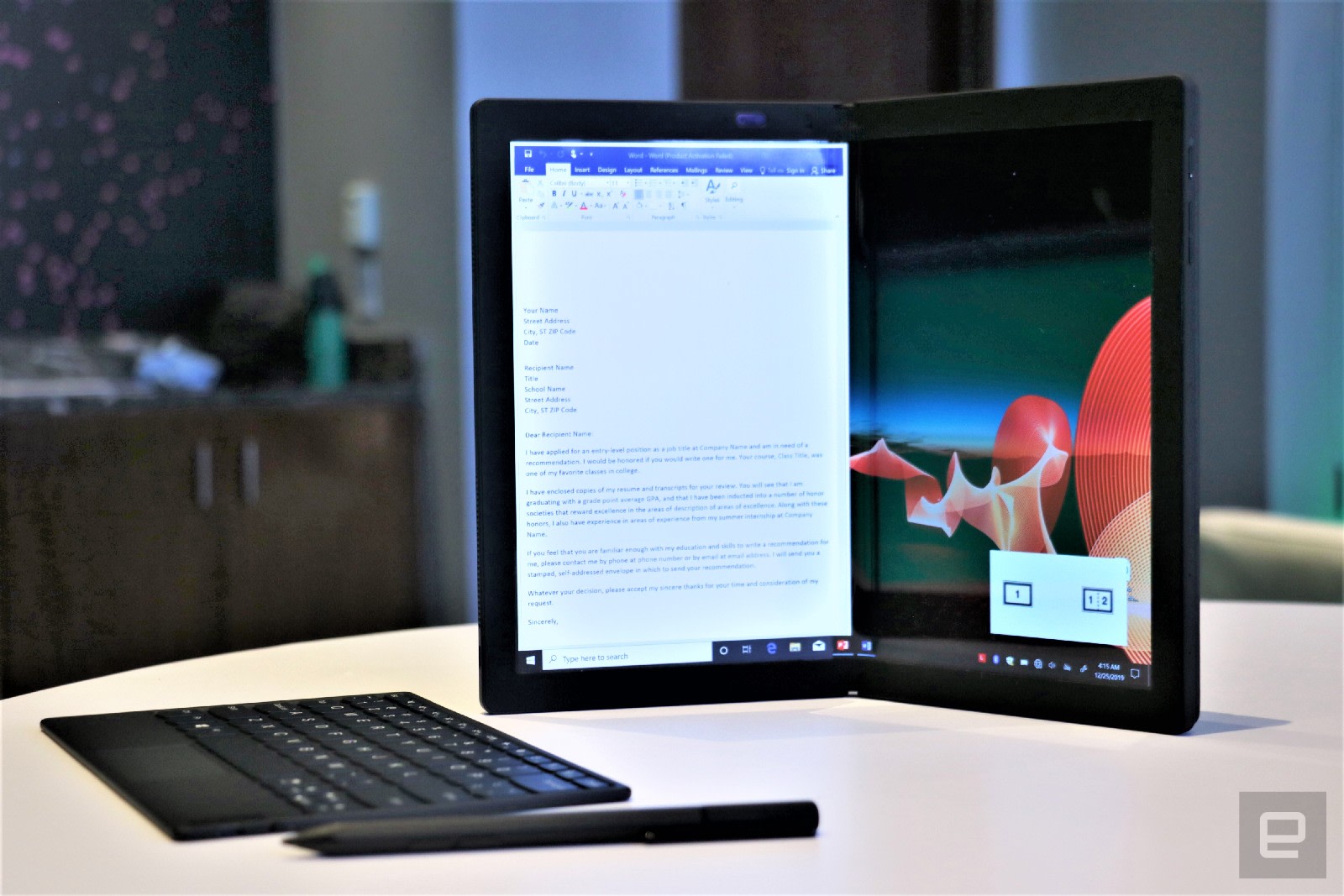 After five years of development, Lenovo is almost ready to start shipping the Thinkpad X1 Fold, which it claims is the first PC with a foldable display. It has opened up pre-orders for the device, which starts at $2,499.

The Thinkpad X1 Fold has a 13.3-inch OLED display that folds together like a book. The two halves don’t close entirely, which leaves enough space to slide in the Bluetooth Mini Fold Keyboard Lenovo designed for the device. The X1 Fold can wirelessly charge the keyboard while it’s nestled inside. Other accessories include the Lenovo Mod Pen and Easel Stand.

Lenovo hasn’t revealed exactly when the X1 Fold will be available. It was previously slated for the middle of this year, but that obviously didn’t pan out. However, the fact it’s taking pre-orders is a clear indication the system is more or less ready to go.

In this article: personalcomputing, gadgets, tablet, gadgetry, thinkpad, lenovo thinkpad x1 fold, pc, personal computing, lenovo, microsoft, foldable, thinkpad x1 fold, mobile, thinkpadx1fold, news, gear
All products recommended by Engadget are selected by our editorial team, independent of our parent company. Some of our stories include affiliate links. If you buy something through one of these links, we may earn an affiliate commission.