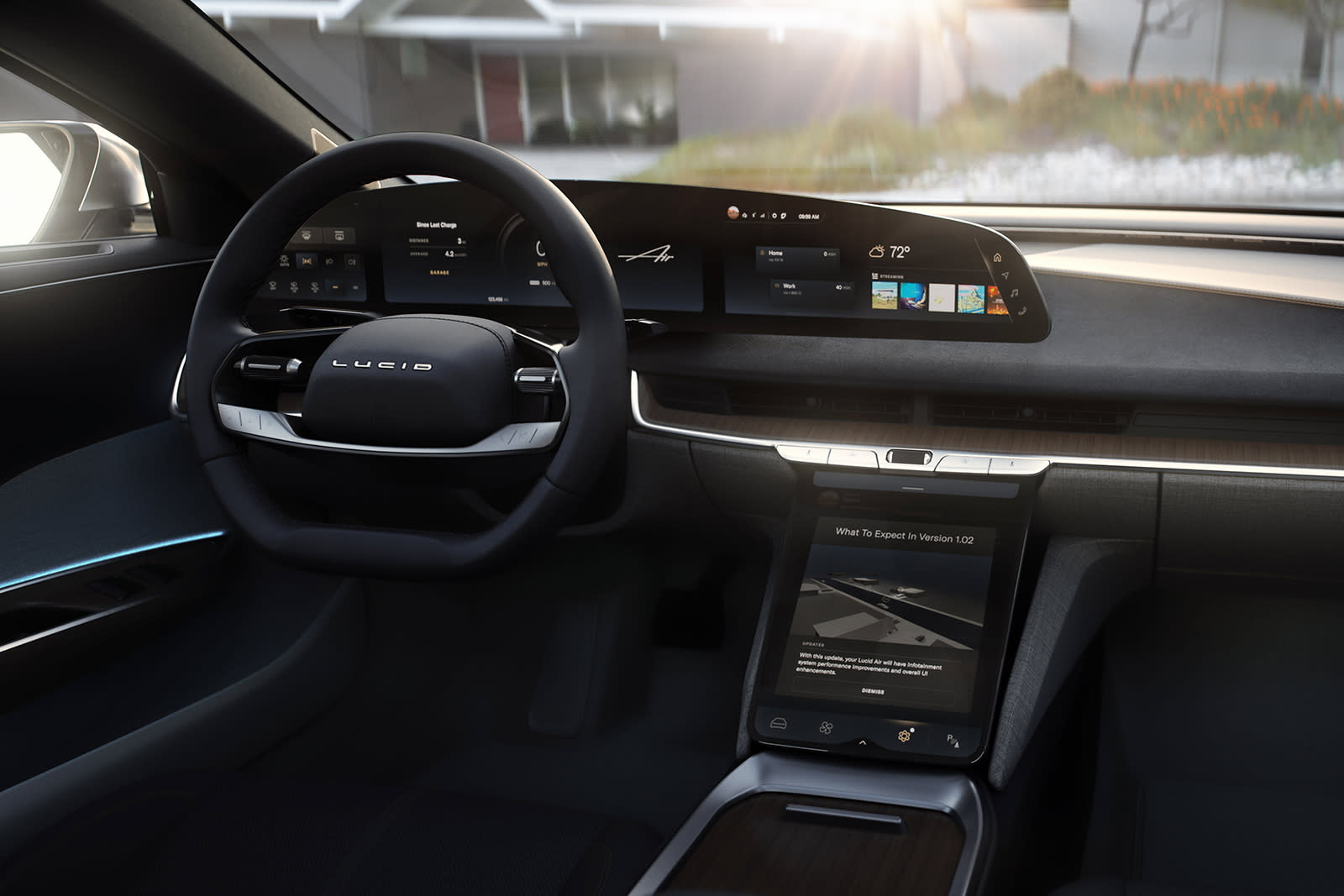 Its interface will blend digital displays with physical controls.

Lucid has finally revealed the cabin interface for its Air luxury EV, and it's what you'd expect for an upscale sedan — plus a touch of overkill. It centers on a 34-inch, 5K "Glass Cockpit" screen that includes a central instrument cluster, "core" controls on the left (think lights and wipers) and an infotainment hub. The center column, meanwhile, has a retractable "Pilot Panel" that typically offers climate and seat controls, but can also handle advanced music and navigation requests you transfer from the smaller cockpit view.

Unlike modern Tesla interiors, though, Lucid's approach isn't focused on digital above all else. The dash, doors and wheel include physical controls for tasks the automaker feels would be "best served" by real switches and other toggles. This even includes the speaker system — you'll get directional warning sounds and alerts through the 21-piece audio system. You probably didn't need full immersion to know your car needs a recharge, but Lucid clearly doesn't want to put its speakers to waste.

It would have been surprising to some degree if Lucid hadn't produced an interface like this for an EV that starts at $77,400. Cars like the Porsche Taycan and upcoming Mercedes EQS tend to envelop drivers in screens while providing some reassuringly familiar physical controls. In that sense, though, Lucid appears to be on the mark. It will ship the Air in the second half of the year knowing that its interior is at least comparable to the best on the market. It might come down to execution — Lucid's UI looks good in press photos, but the real-world experience is what matters.