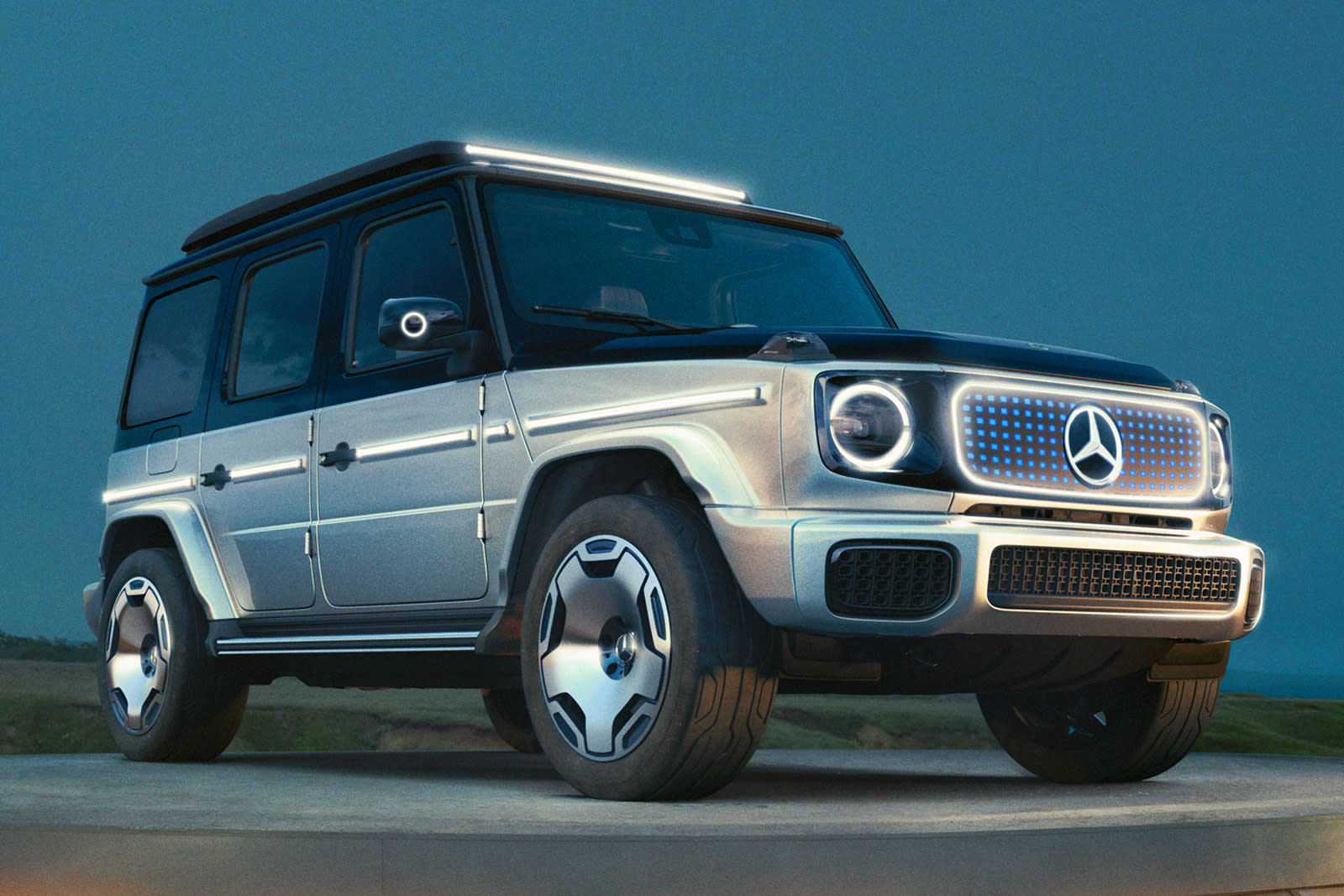 There are also AMG and Maybach versions of the EQS.

Mercedes' growing electric car plans include a rethink of one of its most iconic vehicles. The brand has kicked off Germany's IAA show by introducing a slew of new concept and production EVs, highlighted by the Concept EQG. As you might guess, this is a electric take on the G-Class SUV, mating an "uncompromising" (and boxy) off-road design with an eco-friendly electric powertrain.

The company hasn't detailed the battery, motor system or even the interior. There are no mentions of when it might ship. However, it said this was a "near-production" design that would go through the same Schöckl mountain torture test as its ancestors. The instant torque and low center of gravity inherent to EVs should work in the EQG's favor when climbing hills and rough terrain, Mercedes said.

There are EVs closer on the horizon, of course. Mercedes has finally detailed the EQE, its electric equivalent to the E-Class. It appears at first blush to be a shrunken version of the EQS luxury sedan, but that's not necessarily a bad thing. You're still getting a highly aerodynamic design and long range (a claimed 410 miles on the not-quite-realistic WLTP cycle), just in a smaller, CLS-sized design that should be easier to navigate around town.

The EQE 350 launch model will include a rear motor, a 90kW battery and reach 60MPH in a claimed 5.6 seconds. Performance versions are in the pipeline, according to Mercedes. However, the EQS' signature dash-length "Hyperscreen" is strictly optional here — you'll normally get a more conventional 12.8-inch OLED infotainment display.

The EQE will have a "staggered" worldwide launch starting in mid-2022. Mercedes hasn't divulged pricing, although we'd expect it to cost more than the $54,250 of the combustion engine E-Class.

And yes, there are already ultra-luxurious and high-performance versions of the EQS. A Mercedes-Maybach Concept EQS (second from bottom) offers an electric SUV for customers who'd rather have a chauffeur for their eco-friendly transportation. Another near-production vehicle, it takes on the signature two-tone styling and other cues of a Maybach along with lounge-like rear seating and a Maybach-oriented Hyperscreen up front. Mercedes was once again shy on performance and release dates, although it noted the related EQS SUV is expected to net around a 373-mile range and go into production in 2022.

If you're more inclined to take the helm, the Mercedes-AMG EQS 53 4MATIC+ (bottom) is the brand's first AMG-badged EV and includes custom motors that promise up to 761HP, 742lb/ft of torque and a 0-60MPH time of 3.4 seconds — brisk for a large luxury sedan. You'll also find an AMG GT-derived air suspension and rear-wheel steering. You won't see too many visual differences, although the unique rims and optional carbon ceramic rotors will make your go-fast intentions clear. Mercedes hasn't outlined pricing or release dates here, either, although it's safe to presume this will make the regular EQS line seem frugal.

All products recommended by Engadget are selected by our editorial team, independent of our parent company. Some of our stories include affiliate links. If you buy something through one of these links, we may earn an affiliate commission. All prices are correct at the time of publishing.
View All Comments
Mercedes' latest EVs include a G-Class concept and the EQE sedan