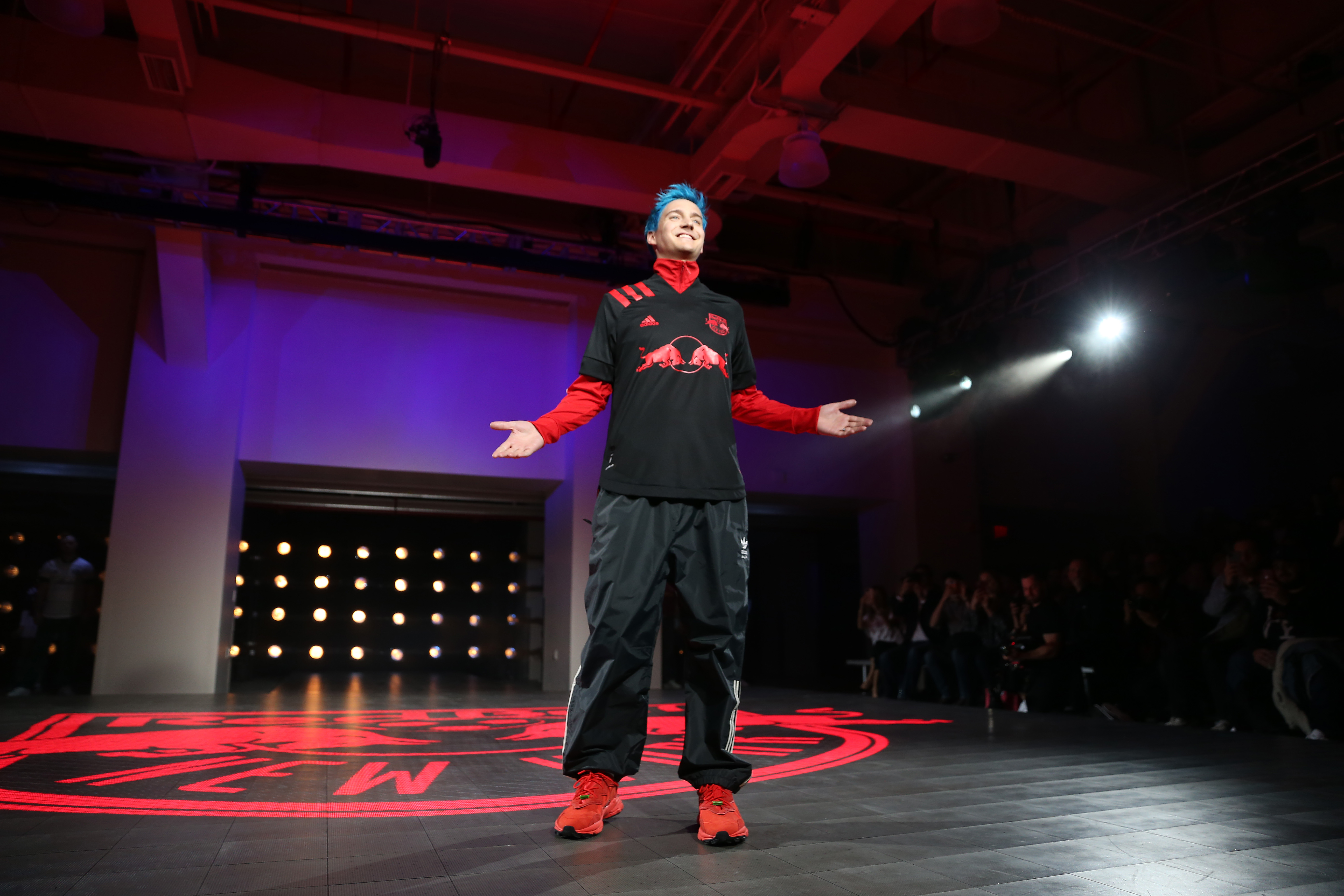 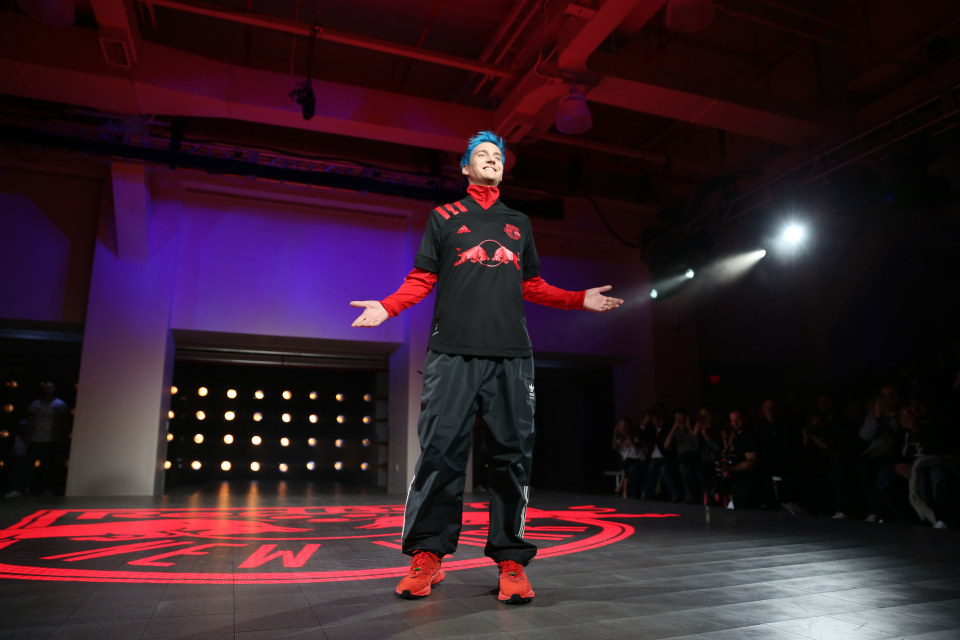 Microsoft’s sudden decision to wind down Mixer has left its streaming community in an unexpected position.

The platform’s biggest stars, Tyler “Ninja” Blevins and Michael “Shroud” Grzesiek, both left Twitch and signed exclusivity deals the previous year. Mixer’s audience is dramatically smaller than Twitch, however the money offered — which has never been confirmed, though some believe Ninja’s contract was worth $50 million — was hard to refuse.

Streamers and industry observers expected them to see out their contracts and then, once it was time to renew, consider their options and potentially move back to a larger platform like Twitch or YouTube.

That choice has now been moved forward. Mixer will shut down on July 22nd, which doesn’t give the stars much time to figure out a solution.

Ninja and Shroud don’t have to worry about their finances, at least. The pair reportedly received “full payments” from Mixer, meaning they made the same amount of money then if they had completed their contracts. They may have lost a chunk of viewership on Mixer -- Ninja’s average viewer count reportedly dropped by a third last year -- but if anything the switch made them even more cash than they had originally anticipated, because they're now able to supplement their Mixer paychecks with revenue from another platform.

So where will they go next? For now, Ninja and Shroud are staying tight-lipped. “I love my community and what we built together on Mixer,” Ninja tweeted yesterday. “I have some decisions to make and will be thinking about you all as I make them.” Shroud, meanwhile, said: “I appreciate the Mixer community and everything I’ve been able to do on the platform. I love you guys and am figuring out my next steps.”

I love my community and what we built together on Mixer. I have some decisions to make and will be thinking about you all as I make them.

Mark Zuckerberg’s company, meanwhile, has promised to give Mixer’s users an equivalent step-up if they switch over. That means streamers with Mixer partnership status will be a partner on Facebook Gaming. Similarly, anyone that could monetise their streams on Mixer will be eligible for Facebook’s Level Up Program, which gives users access to Stars (a currency that viewers can spend to support their favorite streamers) and broadcast in 1080p resolution and 60 frames per second.

According to Rod ‘Slasher’ Breslau, an esports consultant with a long track record of accurate leaks, Facebook offered Ninja and Shroud “almost double” the amount they had agreed to with their original Mixer contracts. The pair reportedly refused, though, which suggests they’re considering Twitch or YouTube Gaming instead.

Ninja and Shroud will walk into those negotiations — accompanied by Loaded, a talent agency that represents many high-profile streamers including Jack “CouRage” Dunlop and TimTheTatman — with confidence. Ninja might have lost some viewers on Twitch, but he’s still the world’s most-recognized streamer and started a chain reaction of exclusivity contracts. Similarly, Shroud is still considered to be one of the best first-person shooter (FPS) players in the West, following a successful esports career in Counter-Strike: Global Offensive. Twitch and YouTube will be keen to sign both of them, and the money offered will no doubt be high.

Twitch is the bigger of the two and arguably the obvious choice for both streamers. It’s also considered the more lucrative day-to-day platform. Amazon Prime members, for instance, are given one ‘free’ channel subscription every month — one of many Twitch Prime-branded perks — that supports the recipient streamer financially. YouTube has a similar sponsorship system, but it’s never been quite as popular because Google doesn’t have a direct equivalent to Amazon Prime.

Switching platforms is easy, however doing so without shedding viewers is hard.

An easy choice, then? For Ninja, maybe not. The streamer expressed some frustrations with Twitch’s management on an episode of The True Geordie Podcast shortly after signing with Mixer. The cultural icon said he wanted “a little bit more freedom” and was forced to respond when his now-dormant Twitch page suggested a stream showing pornographic material. That was roughly 10 months ago, though, and his feelings about the company might have changed since then.

Ninja and Shroud aren’t the only streamers on Mixer, of course.

Microsoft’s decision to close the platform has rocked smaller channel owners who have spent many years building an audience. Switching platforms is easy, however doing so without shedding viewers is hard. Whenever a streamer moves to another site, they risk losing people who don’t like the platform’s design, community guidelines, or the sheer inconvenience of hopping between platforms to follow different stars.

If a Mixer user wants to continue their streaming career, though, they need to choose somewhere, and fast. Facebook Gaming is the smallest of the three, but receiving automatic partner status — if they were already a Mixer partner, that is — would ensure they can start making money straight away. According to Breslau, Zuckerberg’s company is also offering a $2,500 signing bonus for Mixer partners that stick with Facebook’s equivalent program for three months. For a smaller streamer, that sort of money could make all the difference while they try to rebuild an audience that is large and generous enough to support them long-term.

sources: Facebook is offering a one time $2,500 signing bonus for Mixer partners who choose to move to the Facebook Gaming Creator Program and stay for 90 days (and fulfill obligations)

But is Facebook the best long-term bet? Streamers will be understandably wary about moving to a platform that is smaller than Twitch and YouTube and might, therefore, close before the other two, forcing them to jump ship once again. Facebook is keen to tout its growth, though. A presentation leaked by Breslau showed that Facebook Gaming viewership hit 291 million hours in April — a 238 percent increase from the same month in 2019. YouTube and Twitch had larger audiences, with 461 million and 1.491 billion hours respectively, but their year-over-year growth was smaller.

Facebook’s rise can be attributed to a few different factors. Video game streaming is no longer buried in the desktop site’s sidebar, for instance, where few people could find it. The company has made a dedicated Gaming app — something YouTube tried, but ultimately gave up on — and signed deals with prolific streamers such as Jeremy “Disguised Toast” Wang, Gonzalo “ZeRo” Barrios, and UFC superstar Ronda Rousey.

Facebook’s future partnership with Xbox might also pique streamers’ curiosities. Microsoft wants Project xCloud, a still-in-beta service that lets you play games via streaming, to be part of Facebook Gaming in the future. “Imagine a scenario where people can instantly move from watching a Facebook Gaming creator’s livestream to jumping in and playing the game with their closest friends, all in one click,” Vivek Sharma, vice president and head of Facebook Gaming said in a blog post.

Google has made a similar pitch with Stadia, a rival service to xCloud and alternatives such as NVIDIA’s GeForce Now. Google and Microsoft both believe that streaming can be a bridge for casual players who don’t own a console or gaming PC. It’s not hard to imagine a world where viewers pay to queue up and duo with Ninja on a multiplayer game like Fortnite or Call of Duty: Warzone.

It won’t be long before we know where Mixer’s users have decided to lay roots next.

Amazon is rumored to be working on its own video game streaming service, though, which could eventually tie into Twitch in a similar manner. And, for many streamers, the feature is largely redundant in 2020. At the moment, eyeballs are everything, and the platform with the most eyeballs is Twitch.

As The Verge reports, many streamers also dislike Facebook as a company, which is seen as data-hungry and still carrying the scars of multiple privacy issues. Few people that the website spoke to were seriously considering Facebook Gaming’s offer, and were leaning toward Twitch’s platform instead.

Some will, therefore, now see the video game streaming market as a two-horse race. A battle between Twitch and YouTube for the best talent and biggest audiences. Facebook’s enormous cash reserves and social reach shouldn’t be underestimated, however. For some streamers, the choice will be easy. But for others, the next few weeks will be a difficult period of consideration and negotiation. Regardless, it won’t be long before we know where Mixer’s users have decided to lay roots next.

In this article: amazon, streaming, youtube, esportssg, google, mixer, twitch, facebook, youtube gaming, facebook gaming, microsoft, news, gaming
All products recommended by Engadget are selected by our editorial team, independent of our parent company. Some of our stories include affiliate links. If you buy something through one of these links, we may earn an affiliate commission.