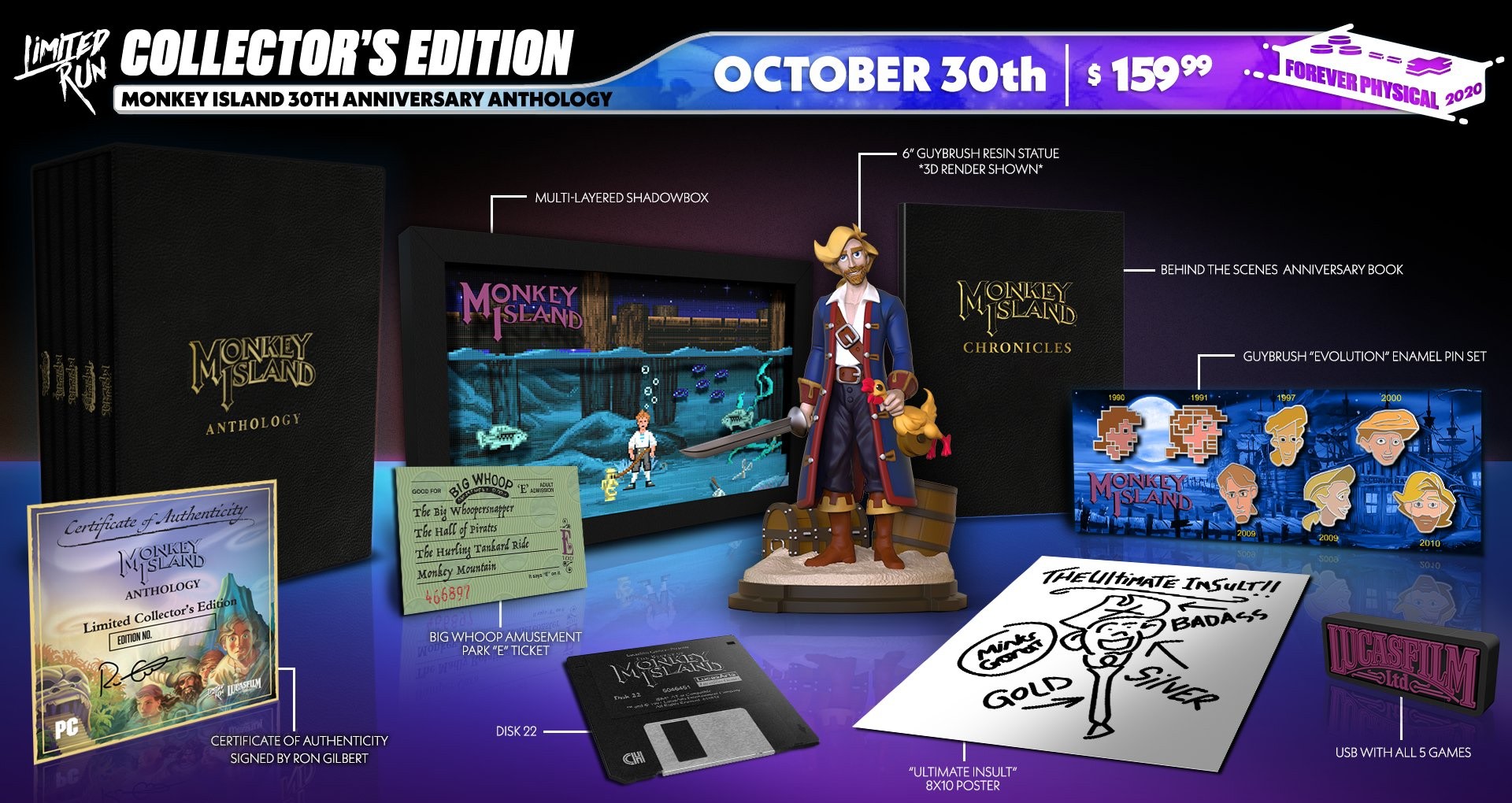 It’s no three-headed monkey, but if you’re a fan of classic adventure games, you’ll definitely want to turn around and take a look at this. In honor of Monkey Island’s 30th anniversary, Limited Run Games is releasing a massive collector’s edition that brings together all five games in the series, including Telltale’s Tales of Monkey Island, in one package. As you can see from the image above, it also comes with a host of goodies. There’s a pin enamel set that tracks the evolution of Guybrush’s appearance from his days as a 16-bit sprite to a fully 3D character. It will also come with a “behind-the-scenes” book that includes new interviews with the people that worked on the series.

Announcing the boxset of every mighty pirate's dreams: the Monkey Island Anthology for PC! Including all five games in the Monkey Island series and many beautiful works of Guybrush art, this anthology sets sail on Friday, October 30th. More details later this month! pic.twitter.com/DNpbrmTHBg

However, by far the best inclusion is a reference to one of Monkey Island’s most iconic jokes. Depending on what platform you played The Secret of Monkey Island on, you may have stumbled upon a tree stump in the forest of Mêlée Island. Interacting with that stump would get Guybrush to exclaim there was a system of catacombs under the island, at which point the game would prompt you to insert discs 22, 36 and 114. The story goes that the LucasArt help hotline got so many calls from people asking about the “missing” disks that the studio ended up removing the gag from later versions of the game.

All those goodies and the modest USB key the games come on can be yours for $160 on October 30th. That’s around the same time three other LucasArts classics will make their way Xbox Game Pass.

In this article: Limited Run Games, video games, Monkey Island, personal computing, news, gaming
All products recommended by Engadget are selected by our editorial team, independent of our parent company. Some of our stories include affiliate links. If you buy something through one of these links, we may earn an affiliate commission.