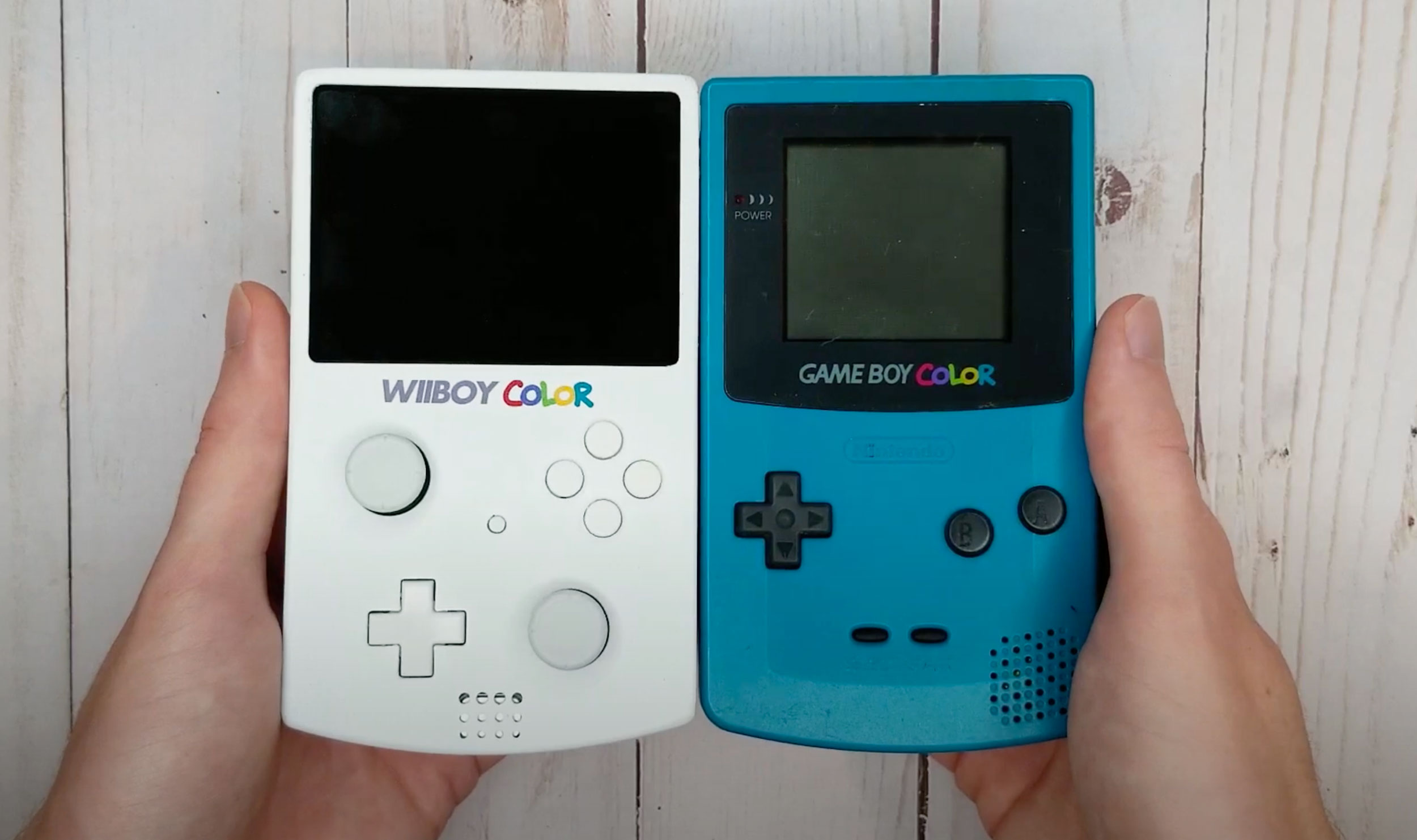 The Wii has a ton of great games that Nintendo hasn’t ported to the Switch, and it probably won’t do so in most cases. But there are ways you might be able to play Super Mario Galaxy on the go real soon instead of waiting for the rumored Switch version.

A modder has crammed a Wii into a handheld case about the size of a Game Boy Color, with a 3.5-inch 480p IPS screen. Even better, since the Wii is backwards compatible with GameCube games, you can play those on the move too, along with retro titles though the Virtual Console.

My latest project is complete! The goal was to make a portable Wii the size of a GameBoy Color, and after 9 months of work it's finally finished. pic.twitter.com/upeF2rHyKR

GingerOfMods 3D-printed the shell and frankensteined the Wiiboy Color together using bits and pieces of other Nintendo consoles, as Kotaku noted. The dual joysticks are from Nintendo Switch Joy-Cons and GingerOfMods yanked the face buttons from a DS Lite, while circuitry from a GameCube controller ties those together. The rear has triggers, Z-buttons, and a cooling fan.

There’s a USB-C port for charging and data transfer. GingerOfMods says it’ll run for two or three hours on a single charge, but you can plug in an external battery pack to keep playing The Legend of Zelda: Twilight Princess or some such a bit longer. Unlike a lot of current smartphones, it has a headphone jack too, so all is well in this corner of the world.

It’s not clear whether it has WiFi or Bluetooth modules. Since there’s no sensor bar, you wouldn’t be able to get the full use out of a Wii Remote anyway. However, the console can simulate the controller shaking that many Wii games require.

Modders have been making portable Wii consoles for years, but this one stands out because of how polished it is, and because of its clear resemblance to another classic Nintendo console. And, yes, GingerOfMods does take commissions.

In this article: nintendowii, videogames, video games, mod, nintendo wii, wiiboy color, nintendo, wii, gameboycolor, game boy color, handheld, console, games, modding, news, gaming
All products recommended by Engadget are selected by our editorial team, independent of our parent company. Some of our stories include affiliate links. If you buy something through one of these links, we may earn an affiliate commission.