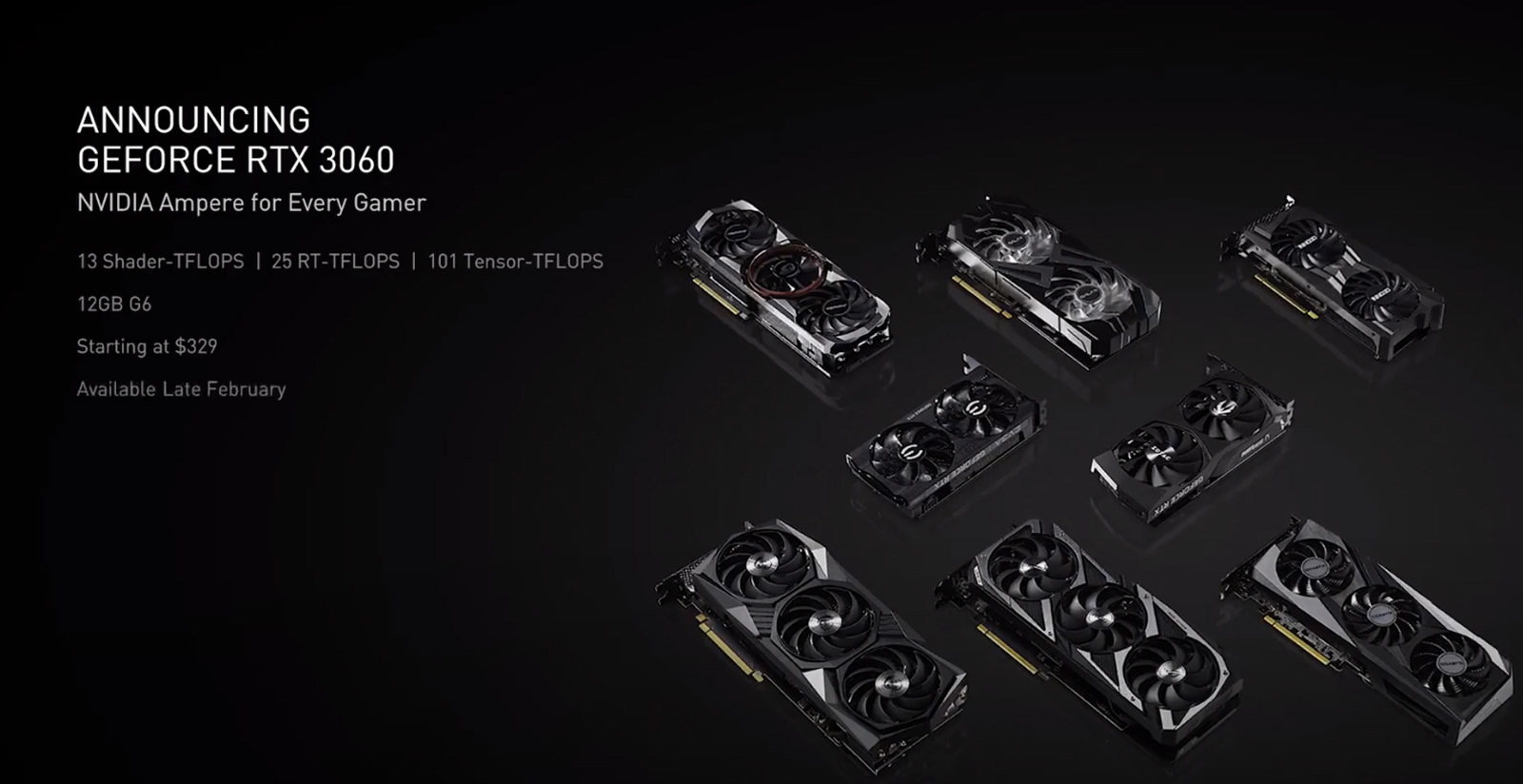 NVIDIA clearly doesn’t think its Ampere-based GPUs are accessible enough. The company has unveiled the RTX 3060, a more affordable alternative to the 3060 Ti that even leapfrogs higher-end counterparts in a few areas. It doesn’t offer as much raw compute power as the Ti with 13 shader TFLOPs versus 16.2 and ‘just’ 25 ray tracing TFLOPs (versus about 39.7), but it also comes with 12GB of GDDR6 memory. That’s more than the 10GB in the RTX 3080, let alone the 8GB of the 3060 Ti — if what you’re doing depends more on memory, it’s worth considering.

You should still get all the benefits of RTX 30 boards, including improved ray tracing performance and DLSS. This is, however, the first NVIDIA GPU to support Resizable BAR technology that lets the CPU directly access the card’s memory. Much like AMD’s Radeon RX 6000 series, you’ll get a slight speed boost with the right hardware (in this case, the right motherboard).

Cards will be available from a variety of partners in late February starting at $329. That’s not a huge advantage over the $399 of the Ti, but might help if you’re just looking for the most affordable Ampere card you can buy. It’ll certainly outperform the aging Radeon RX 5700 cards in its price class. The biggest challenge may be to find one in stock. Crypto miners and others have already created shortages for RTX 30 series cards, and it might not get any easier with the 3060.

In this article: RTX 3060, gpu, video cards, Ampere, RTX 30 Series, Nvidia, ces2021, news, gear, gaming
All products recommended by Engadget are selected by our editorial team, independent of our parent company. Some of our stories include affiliate links. If you buy something through one of these links, we may earn an affiliate commission.