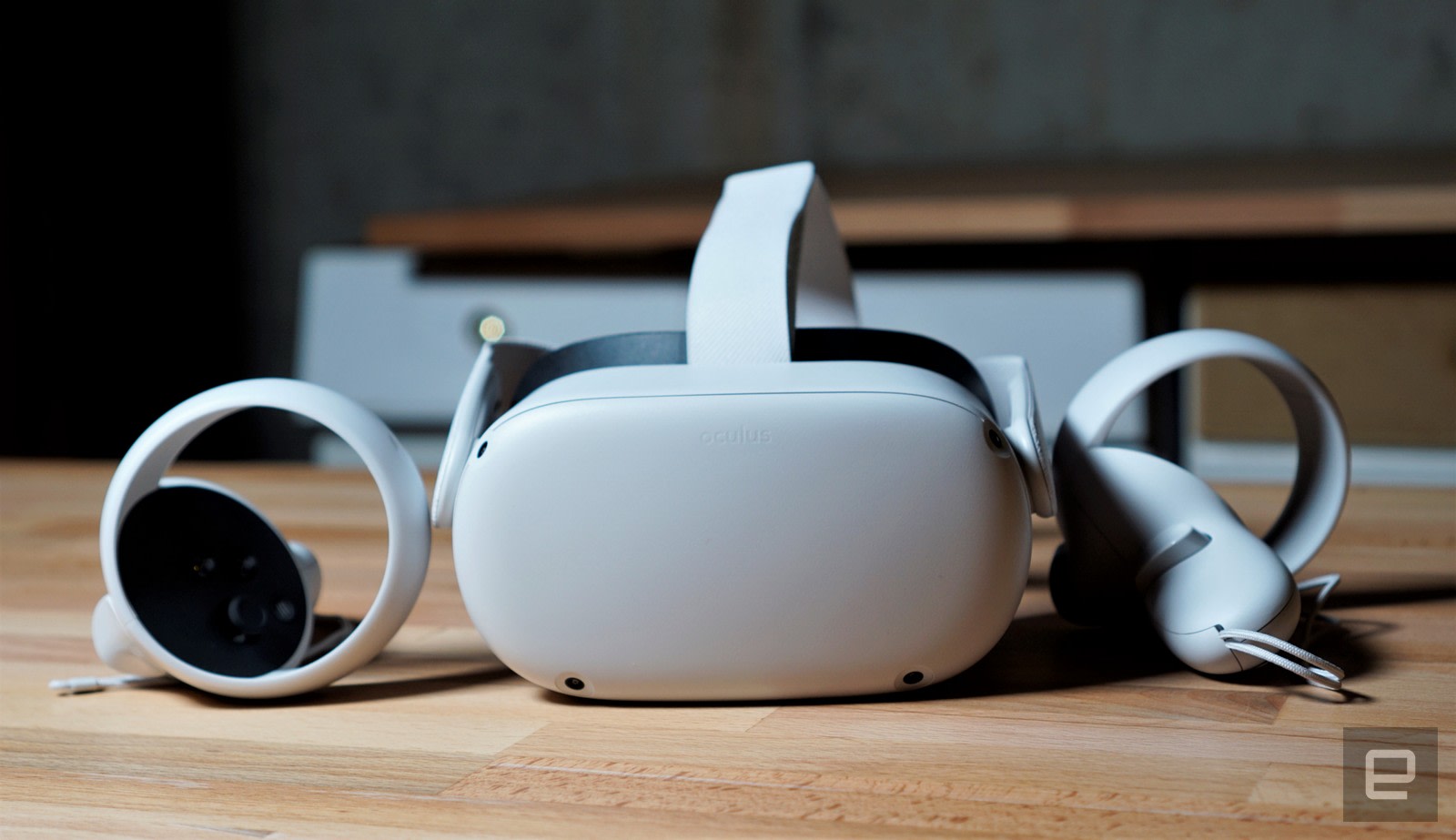 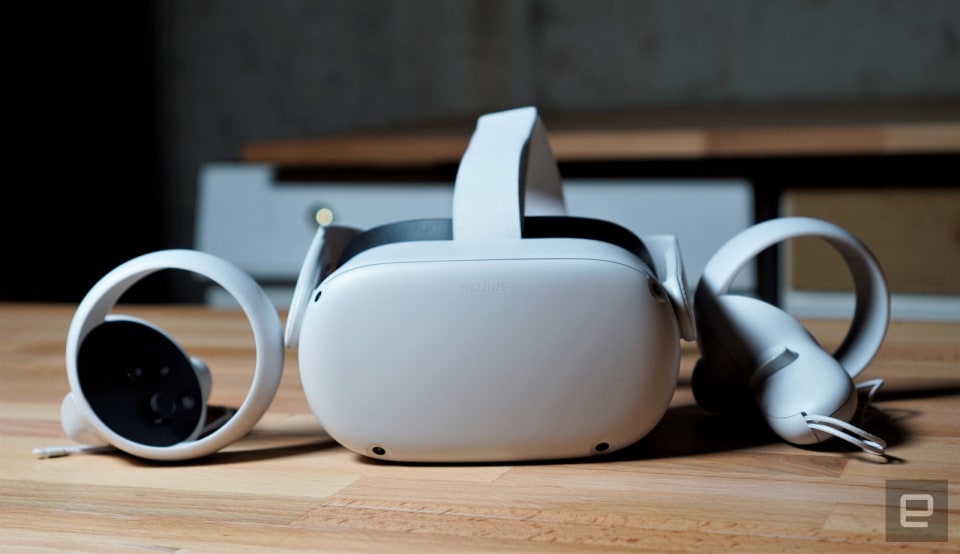 The Oculus Quest 2 is here, and it sounds like a tremendous upgrade over the original in every way. Announced today during the Facebook Connect conference, Quest 2 will feature sharper displays with a 50 percent higher resolution than before, support for smooth 90Hz refresh rates and a surprisingly low entry price of $299. (Oh, and we also reviewed it already, so be sure to check out why we called it the “$299 VR headset to rule them all.”)

Basically, it seems like Facebook is positioning the Quest to be the ultimate VR headset: One that can thrust you into VR worlds wirelessly, without the need for any extra hardware. And for those lucky enough to have a gaming PC, it’s a more than capable wired headset. 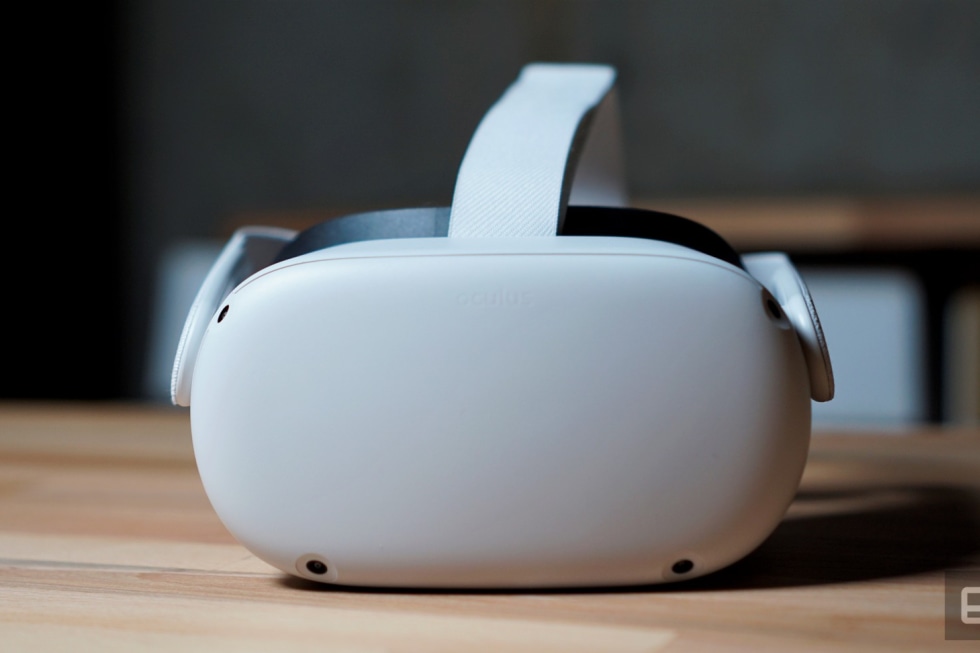 The Quest 2 features fast-switching LCDs with a resolution 1832 by 1920. That’s a nice bump from the 1,440 by 1,600 screens from before, but since they’re no longer OLED, you can say goodbye to inky dark black levels. Given that plenty of high-end VR headsets are also moving over to fast LCDs — even the incredible Valve Index — it’s hard to get too mad over the change. It’s also nice to see support for 90Hz refresh rates, which will make VR experiences far smoother. But, that faster rate won’t be available at launch, so you’ll be stuck with 72Hz for a bit.

Facebook says the Quest 2 is around 10 percent lighter than before, and it’s also a tad smaller, which should alleviate the front-heavy annoyance from the first model. There’s also a new head strap that relies on flexible material, instead of the stiff mechanism from before. The revamped controllers also take a few cues from the Rift touch controllers. They’re slightly larger, and they bring back the thumb rest that I sorely missed from the first Quest.

The company is also making the Quest 2 more customizable this time around. It plans to offer different face plate options for wider and narrower heads. And if you missed the previous headstrap, that’ll return as a “premium” option with room for a rear battery pack. Facebook says that extra battery will double the Quest 2’s runtime, and act as a counterweight to balance the whole contraption on your head.

So with the Oculus Quest 2 being so capable, what’s the point of the Rift S? Well, it seems even Facebook realizes that middling headset doesn’t serve much of a point anymore. The company says it’ll stop selling the Rift S in the spring, and it’ll focus on the Quest 2 as its flagship device for the next year. It’s also devoting resources to building more Quest 2 units (to help overcome the production issues from before), and it’s making a bigger push into Japan.

In this article: Oculus, facebookconnect, esportssg, Oculus Quest 2, virtual reality', Facebook, VR, news, gear, gaming
All products recommended by Engadget are selected by our editorial team, independent of our parent company. Some of our stories include affiliate links. If you buy something through one of these links, we may earn an affiliate commission.