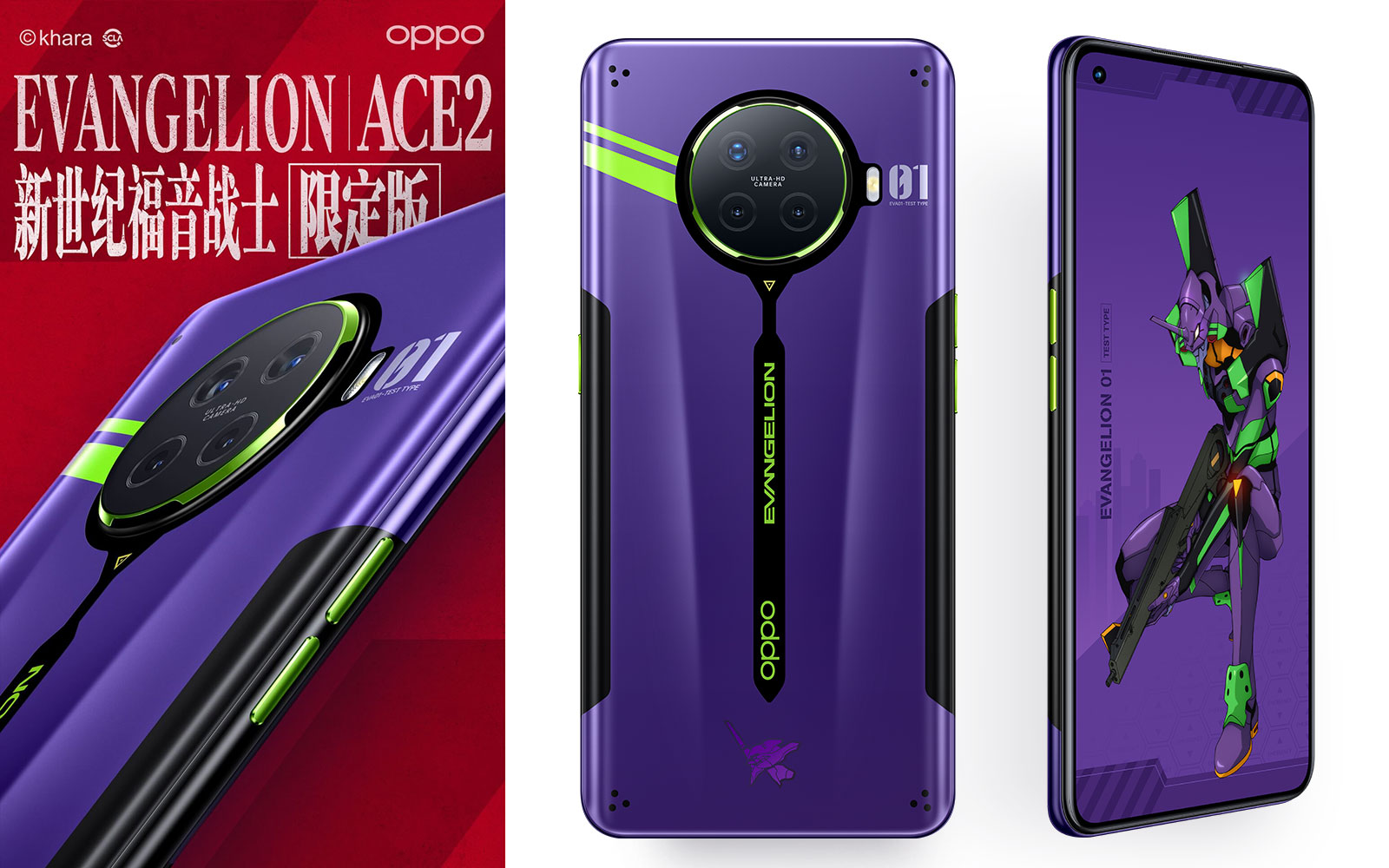 Once in a while, Neon Genesis Evangelion fans get giddy over a special edition phone (or camera) made just for them, and with 2020 marking the 25th anniversary of the anime (not to mention the upcoming movie Evangelion: 3.0+1.0 Thrice Upon a Time), there was bound to be some extra fun this year. Following the weirdly adorable Tamagotchi crossover from last month, there’s now an Oppo Reno Ace 2 EVA Limited Edition up for grabs in China. But you’ll need to work hard finding one, as production is limited to 10,000 units — a slight drop from the 30,000 units for last year’s Gundam edition Reno Ace.

Fan of the series will immediately recognize the "Human Instrumentality Project" look on the box — it’s as if NERV delivered this top secret document to you, for some bizarre reason. Then you’re greeted by a white capsule — clearly a take on the mecha’s entry plug — which conceals the actual device. The phone borrows many elements from Unit-01, including the purple paint job, fluorescent green accent and armor details. As a finishing touch, Oppo added an electroplated side profile of Unit-01 towards the bottom.

Oppo put in just as much effort in the accessories department. First of all, we have to talk about the SIM ejection tool — it’s basically a miniaturized Spear of Longinus, but with a shorter handle. Then you have the Unit-01-styled protection case, along with a pair of NERV-branded earbuds and a charger with design details from the mecha’s launch pad.

As you’d expect, the phone’s software interface received a similar design treatment, with my favorite being the animated A.T. Field overlay which shows up when the phone is being charged via SuperVOOC or AirVOOC. Speaking of, the bundled 65W SuperVOOC 2.0 adapter charges the 4,000mAh battery in just 30 minutes, whereas the optional EVA-themed 40W AirVOOC wireless charger takes 56 minutes.

Appearance differences aside, this 5G phone is identical to the regular Reno Ace 2, featuring Qualcomm’s Snapdragon 865 SoC but with RAM and storage options limited to just 8GB and 256GB, respectively. There’s a 6.5-inch FHD+ AMOLED panel with 90Hz refresh rate and HDR10+ certification, followed by Dolby Atmos stereo speakers to complete the multimedia experience. As for cameras, there’s a 16-megapixel punch-hole camera on the front, along with four on the back: a 48-megapixel f/1.7 main camera (Sony IMX586 sensor), an 8-megapixel ultra-wide camera and two 2-megapixel special effects cameras.

In this article: oppo, reno ace 2, reno ace2, evangelion, eva, smartphone, mobile, supervooc, airvooc, snapdragon 865, 5g, anime, news, gear
All products recommended by Engadget are selected by our editorial team, independent of our parent company. Some of our stories include affiliate links. If you buy something through one of these links, we may earn an affiliate commission.