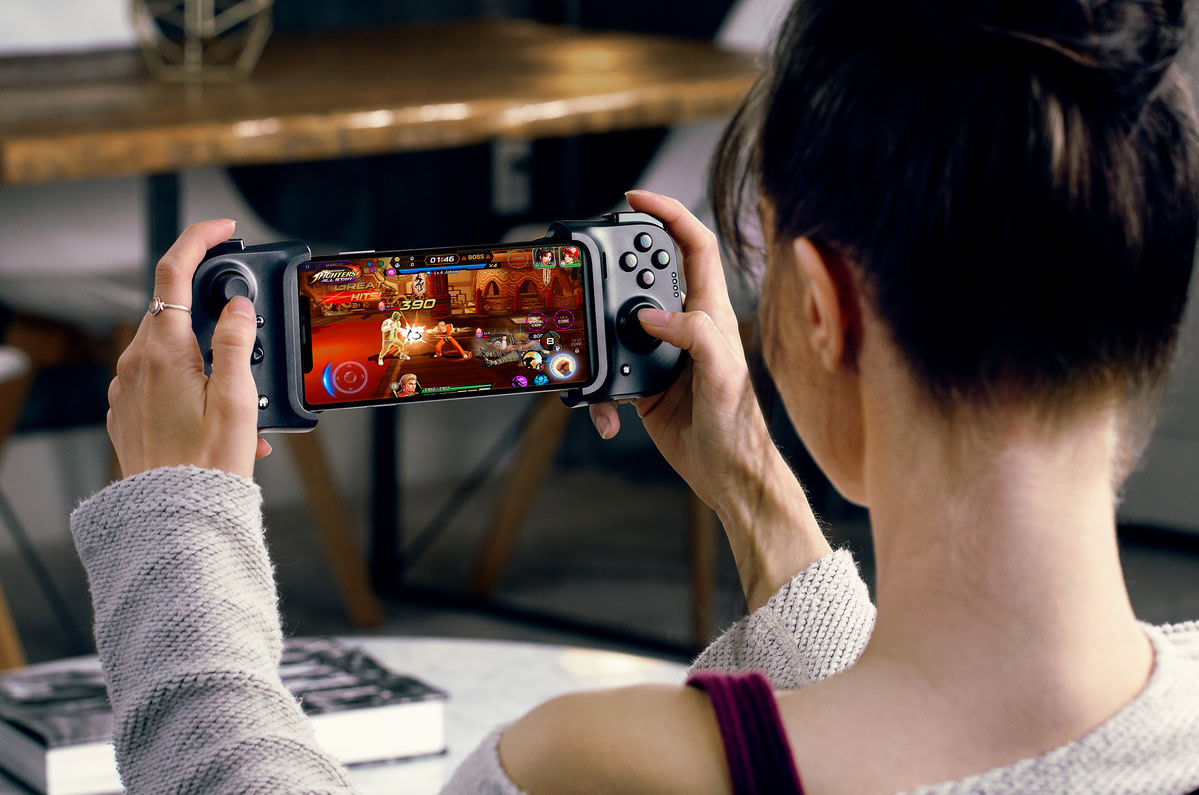 Razer has finally released the iPhone—compatible version of its Kishi gaming controller, the Junglecat follow-up it debuted earlier this year at CES. Just like Kishi for Android, which the company launched back in June, this version has a wired connection and doesn’t need to be charged. It connects to an iPhone’s Lightning port to bring what Razer describes as “console-level control” to iOS devices and supports pass-through charging, so you can play and charge at the same time.

When we reviewed the Kishi for Android back in June, we noted that it performs quite admirably, “provided you have smaller hands or don't mind playing with shrunken sticks and triggers.” The same most likely applies to the iPhone version, seeing as it features the same buttons, analog thumbsticks and D-pad.

Kishi for iPhone is fully compatible with Apple Arcade and can be used to play any mobile game available on the platform. Its launch comes shortly after the tech giant published revised App Store guidelines that would allow other companies’ game streaming services like Google Stadia, Microsoft’s xCloud and NVIDIA’s GeForce Now to run on iOS devices. At the moment, though, xCloud and GeForce Now are still not available for iOS.

John Moore, Razer’s Head of Sales and Marketing for Growth Peripherals, said in a statement:

“As crossplay becomes further entrenched in the gaming world, the Razer Kishi offers a level playing field for mobile gamers. The Razer Kishi for iPhone extends that equity to Apple Arcade’s extraordinary collection of titles, ensuring that no matter where you game, victory is always within your grasp.”

The Razer controller can turn the iPhone 6 Plus and Apple’s newer phones into Switch-like devices. It’s now available for $99 on Razer’s website and Apple’s online store and will be out for sale at select brick-and-mortar Apple stores worldwide starting on September 22nd.

The Razer Kishi for iOS is now available. Level up with our award-winning universal controller, designed to bring console-level control to your mobile gaming. And with Apple Arcade, enjoy 100+ incredibly fun games, all with no ads and no in-app purchases. https://t.co/NJ2SKMQlRf pic.twitter.com/NDDuLTyaG8

In this article: iOS, Razer Kishi, iPhone, news, gaming
All products recommended by Engadget are selected by our editorial team, independent of our parent company. Some of our stories include affiliate links. If you buy something through one of these links, we may earn an affiliate commission.