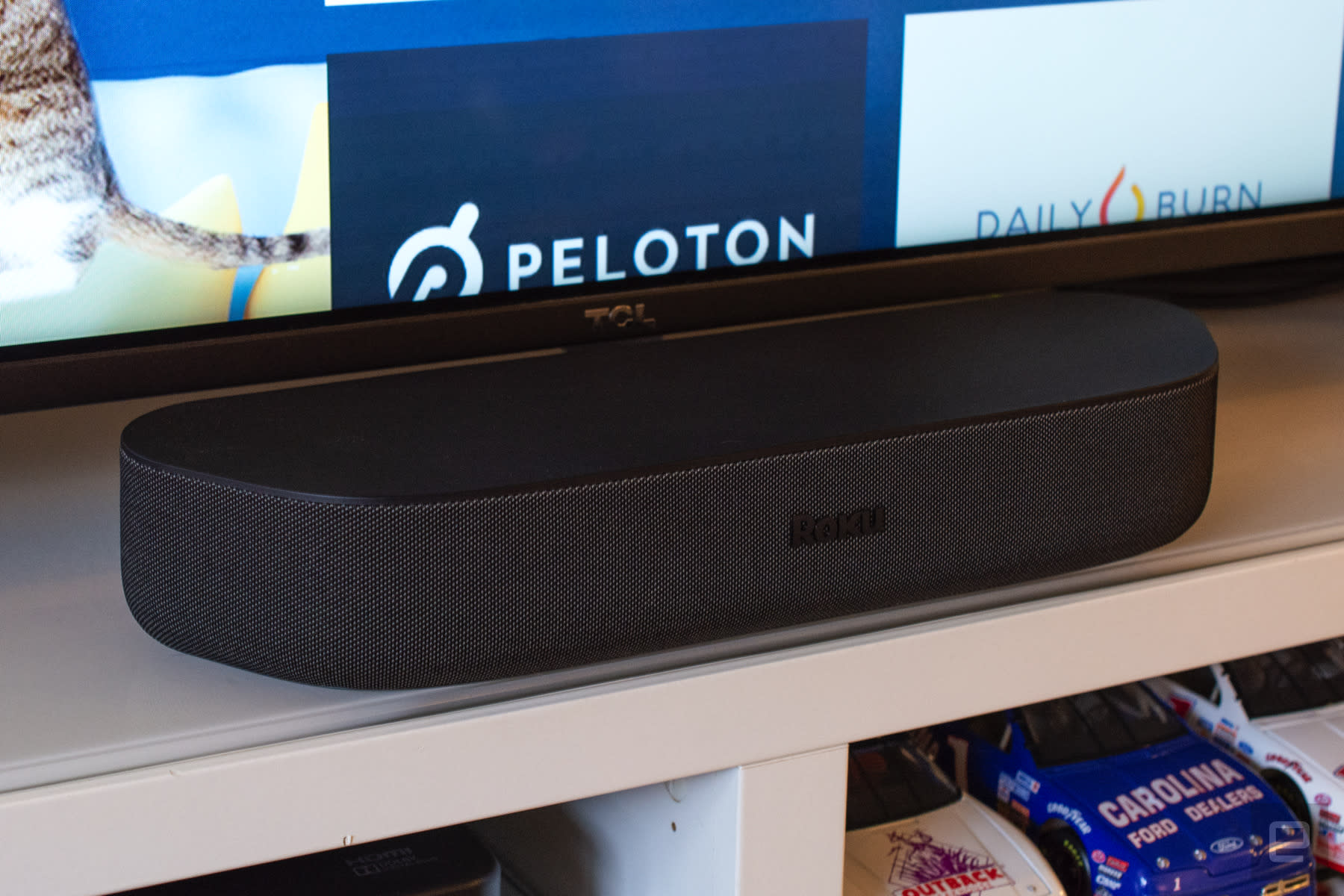 It’s a compelling option for those with tight budgets and little space.

Roku’s pushing hard to be your one-stop-shop for all things home entertainment. You probably know the company best for its set-top boxes and smart TVs, but it’s been expanding into content curation and audio devices over the past few years. Its latest speaker, the $130 Roku Streambar, is designed specifically for people like me: those who want to upgrade their current TV setup without spending a lot of money or wasting a bunch of space.

That ask is more complicated than it seems when you’re talking about a home theater. You can easily drop hundreds (or even thousands) building the right setup for your game days and movie nights. But the Streambar attempts to deliver a streamlined, all-in-one solution that’s not just a soundbar, but also a 4K HDR streaming set top box and a Bluetooth speaker too. 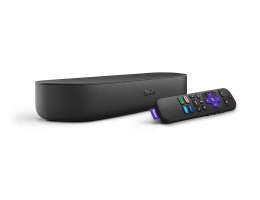 I hooked the Streambar up to the “dumb,” seven-year-old Vizio TV in our bedroom. I did this for a couple of reasons: first, that Vizio set has been connected to a Roku 3 for the past… well, since the Roku 3 came out. Second, we have a 55-inch TCL Roku TV in the living room. While I could have connected it to our living room set, it wouldn’t have been the best situation for testing the soundbar’s streaming chops since the smart TV already has Roku’s OS on it.

Setup was quite easy and that’s partially due to Roku including everything you need in the box. The Streambar plugs into a power supply and your TV’s HDMI ARC port and the proper HDMI cable comes included. After popping the provided AAA batteries into the voice remote, I followed the on-screen instructions to finish the setup process. This took me all of five minutes and that included the time needed to look up how to enable HDMI-CEC on my TV so the voice remote could control the entire TV-plus-soundbar system.

Before I go further, I should say that I was impressed by the Streambar’s design. It’s only slightly larger than a carton of eggs, which made it the perfect size to sit in front of my TV on top of a dresser. Most full-sized soundbars are double the length of this one, and I simply don’t have the space to comfortably connect one to our bedroom TV (it would be a stretch for our main TV, too).

The Streambar is fabric-wrapped, allowing sound from the front- and side-facing speakers to come through, and all of the connectors are on the back edge. These include the necessary power and HDMI ports, as well as optical audio and USB-A connectors. Unlike Roku’s standalone set-top boxes like the new Roku Ultra, the Streambar doesn’t have an Ethernet port so you’ll need an adapter if you want to hardwire it to your router.

I’m familiar with Roku OS so I basically used the Streambar just like I did my old Roku 3, with the added utility of the voice remote (which makes searching for topics like “Halloween” and shows like “Schitt’s Creek” much easier). Navigating the UI felt snappier than I’m used to thanks to the faster processor inside the Streambar. It only took a second or two for apps to open. In fact, the longest wait time I experienced was when turning the entire system on -- that took roughly five to seven seconds.

My Vizio TV set is only capable of 1080p video, but the Streambar does support 4K HDR. However, unlike the new Roku Ultra and competitors like the Chromecast with Google TV and the Apple TV 4K, it doesn’t support Dolby Vision. In fact, neither the Streambar or Roku’s full-sized $180 soundbar support Dolby Vision, so if you’re looking for the highest quality video possible, you’ll need to look at other streaming devices. But both of Roku’s soundbars support Dolby Audio and that’s arguably more important for them -- audio quality comes first, after all.

The Streambar’s sound quality while I binge watched Season 1 of Prime Video’s The Boys was quite impressive. The audio coming from the Streambar was leaps and bounds better than anything my TV’s internal speakers can produce. It almost felt like I had inherited a new TV. Explosions boomed, gunshots crackled and background music took on a life of its own. I haven’t been to a movie theater in months (and I’m sure I’m not alone), but using the Streambar felt a bit like bringing part of the big-screen experience in my bedroom.

I compared the Streambar to the many Echo speakers I have around my apartment and, not surprisingly, it's far and away a better speaker than the 3rd-gen Echo Dot (that’s more about convenience than anything else). But the lines blurred when I compared the Streambar to the Echo Show 5 and 2nd-gen Echo Show 10. The Show 5 actually has punchier bass than the Streambar, but it didn't do as good of a job filling the room with sound. The front- and side-facing speakers kind of give the illusion of surround sound, and I can only assume that’s what Roku was going for. The Show 10 filled the room a bit better, but the vocals it produced sounded more distant than on the Streambar. I'd actually consider moving the Streambar into my living room (where the Echo Show 10 lives) and using it as our main TV and Bluetooth speaker.

The Streambar is a huge upgrade on its own but you can even add Roku’s wireless TV speakers and subwoofer into the mix to get true surround sound. However, I believe those add-ons are better suited for the company’s full-sized soundbar. Aside from the affordable price, arguably the best thing about the Streambar is that it’s much smaller -- it measures 14 x 4.2 x 2.4 inches whereas the bigger soundbar measures 32 x 3.9 x 2.8 inches. Adding two additional speakers and a subwoofer to a device that’s supposed to be space-saving kinda defeats its purpose. I haven’t tested the full-sized soundbar myself, but considering its size and its larger drivers (2.5-inch vs the Streambar’s 1.9-inch), it will likely have stronger bass performance and better overall sound quality.

You’re also able to connect your smartphone to the Streambar and use it as a Bluetooth speaker. It obviously sounds better than my iPhone (although I wish it had punchier bass) and it fills a room with sound more easily, but convenience is the key here. Instead of having one Bluetooth speaker and one soundbar for your TV, the Streambar fulfills both of those needs. However, this isn’t going to replace your Sonos or other high-end speaker system any time soon.

But Roku didn’t design the Streambar to compete with a Sonos or even something like an Echo Studio. Instead, it made the Streambar for people on a tight budget who still want to upgrade their home theater setup. Soundbars under $130 exist, but we haven’t tried enough of them to confidently recommend any. And besides, most of them don’t have the 4K streaming capabilities that Roku’s device has. Ultimately, you’re getting a two-in-one gadget -- a soundbar and a 4K set-top box -- that ups your home theater game for much less than you’d pay if you bought those two things separately.

All the Streambar had to do to be successful was sound better than most built-in TV speakers and it absolutely does that. In my case it did that and then some, giving me an updated, faster streaming device, too. Those two things, plus the added convenience of Bluetooth, make the Streambar an excellent value. It’s a lot more cost efficient way of upgrading your old TV, especially if it predates the smart TV era. Roku’s device has essentially made my old TV new again and that’s hard to beat when you’re only spending $130.