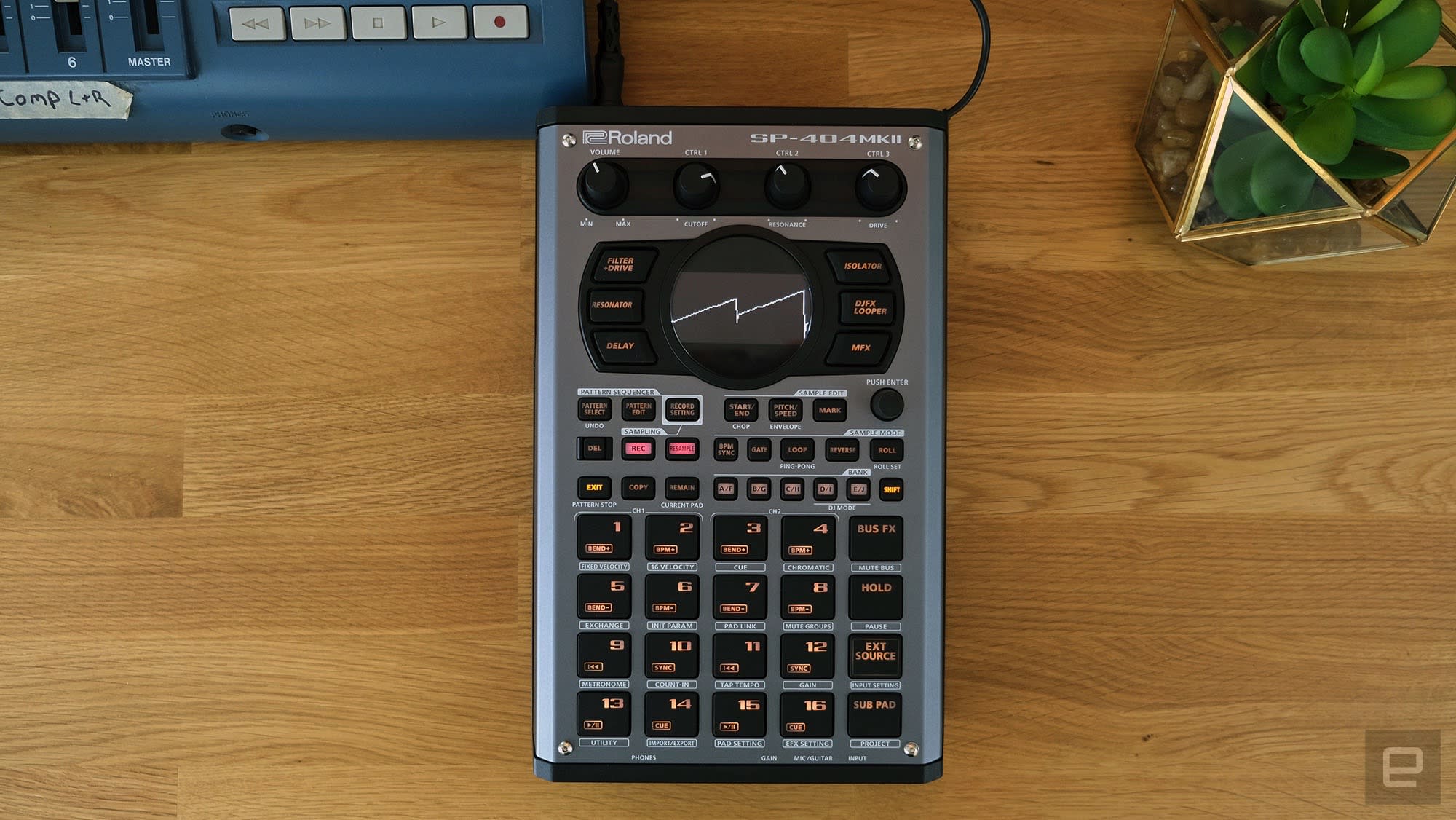 A step sequencer, improved time stretching and DJ-style backspin are all part of the 2.0 update.

When I went hands-on with Roland's SP-404 MKII back in October I said it was "becoming" my favorite sampler. Fast forward a few months and it is firmly entrenched in that spot. Of course, no piece of gear is perfect, and there's always room for improvement. So Roland is pushing out a 2.0 firmware update that only further cement's the 404's place at the top of my list.

Perhaps the biggest addition is a new TR-style (as in TR-808) step sequencer. While the SP series has always appealed more to those that want the loose feel of live instrumentation, being able to punch in a basic four-on-the-floor kick that's right on the money is always nice. That's especially true if your sense of rhythm is only so-so, but it also makes the 404 more useful for genres that are all about being right on the beat like house and techno. And in some ways, it's actually more versatile than your average TR-style sequencer since patterns can be up to 64 bars (or 1,024 steps) in length.

In addition to being able to program beats by manually punching in individual steps, you can also now record to patterns in chromatic mode: load up a sample of a single note and just play a melody into a pattern. Previously this had to be done via resampling, i.e. creating an entirely new sample of the melody you played.

But wait, there's more! Now chromatic sample playback has three different modes — plain old monophonic, legato (great for sliding bass lines) and polyphonic — so you can turn a single piano note into a chord. And, I can't believe I'm saying this, but it gets better still. Roland has vastly improved the time stretching algorithm. Frankly, it was borderline useless before. Now, in addition to the default "vinyl" mode of pitch shifting (just playing things back faster or slower), there are two Variphrase modes (these change pitch without changing playback length): Backing, for things with distinct attacks like drums and guitar; and Ensemble for sustained sounds like strings and synth pads. Backing is still a little rough sounding, though it handles drums decently enough. But Ensemble is lightyears beyond what the 404 previously had, and is key to making that new polyphonic sample playback mode useable.

Now if this was all Roland added, it would be a pretty big deal. But the company also included four new bus effects: SX Reverb, SX Delay, Cloud Delay and Backspin. Plus there's now a Harmonizer on the input FX menu and a second version of reverse playback borrowed form the SP-303 for those that really want to lean into the lo-fi heritage of the range. And, on top of all of that, the Skip Back feature can, at any time, recall audio from up to 40 seconds in the past where its prior iteration had a 25 second maximum.

In short, Roland took what was already a pretty great piece of music gear and made it even more alluring. Now if only they weren't completely out of stock everywhere.