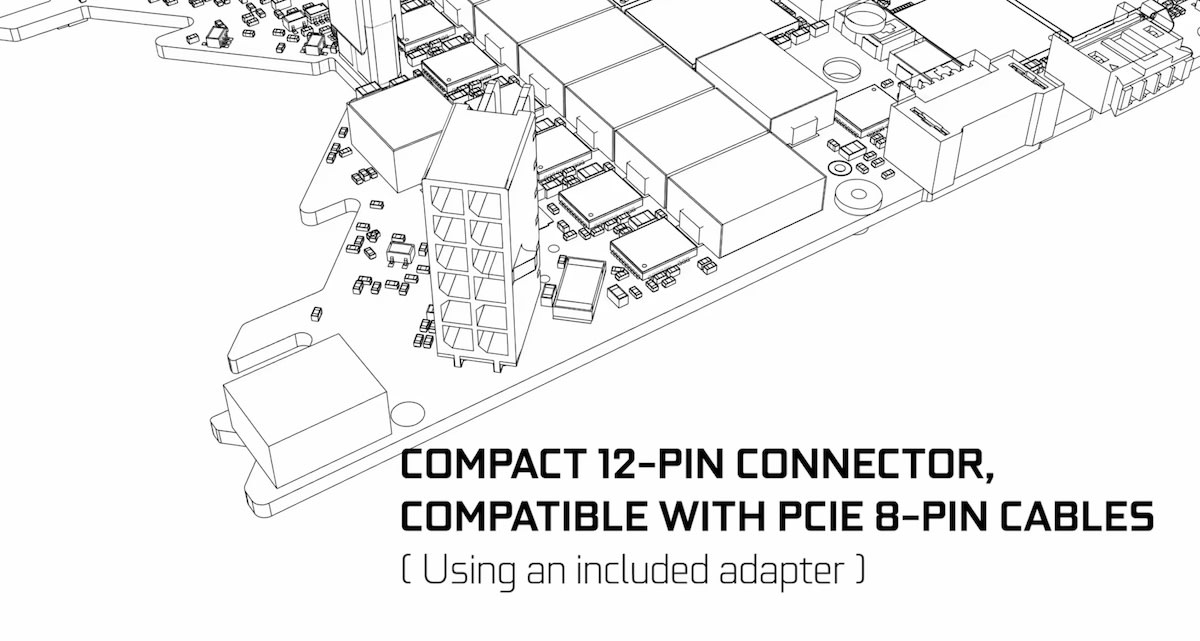 On Tuesday we’re expecting to see details about NVIDIA’s next generation of graphics cards, but some of the information may have leaked early. Tom’s Hardware points out a couple of tweets that claim to share renders for Zotac Gaming cards in the new 3000 series. One from @momomo_us shows eight models in the new line, with RTX 3070, 3080 and 3090 designations.

That seems to back up other notes suggesting that there won’t be any Ti/Super variants available at launch, and an unsourced report from Videocardz that cited the same lineup and provided detailed specs. Their report claimed the high-end 3090 units will include 24GB of GDDR6X memory and 5,248 cores, with a total graphics power requirement of 350W.

Another tweet showed off supposed renders of a new 3090 Zotac card, complete with a triple fan cooling setup and and three PCI slot design. A previous leak showed off its enormous size compared to a current RTX 2080, while NVIDIA engineers confirmed a new 12-pin PCIe connector design in their video earlier this week. Whatever the specs are, we should find out more about them — and all the companies offering cards based on the new Ampere tech — on September 1st to celebrate 21 years of GeForce tech.

I don't usually filter things; DE but do you want to see the new 3090 zotac?🤏👇 pic.twitter.com/8wmcFyJXzS

In this article: GPU, 3080, Ampere, 3090, RTX 3000, NVIDIA, GeForce, 3070, news, gear, gaming
All products recommended by Engadget are selected by our editorial team, independent of our parent company. Some of our stories include affiliate links. If you buy something through one of these links, we may earn an affiliate commission.