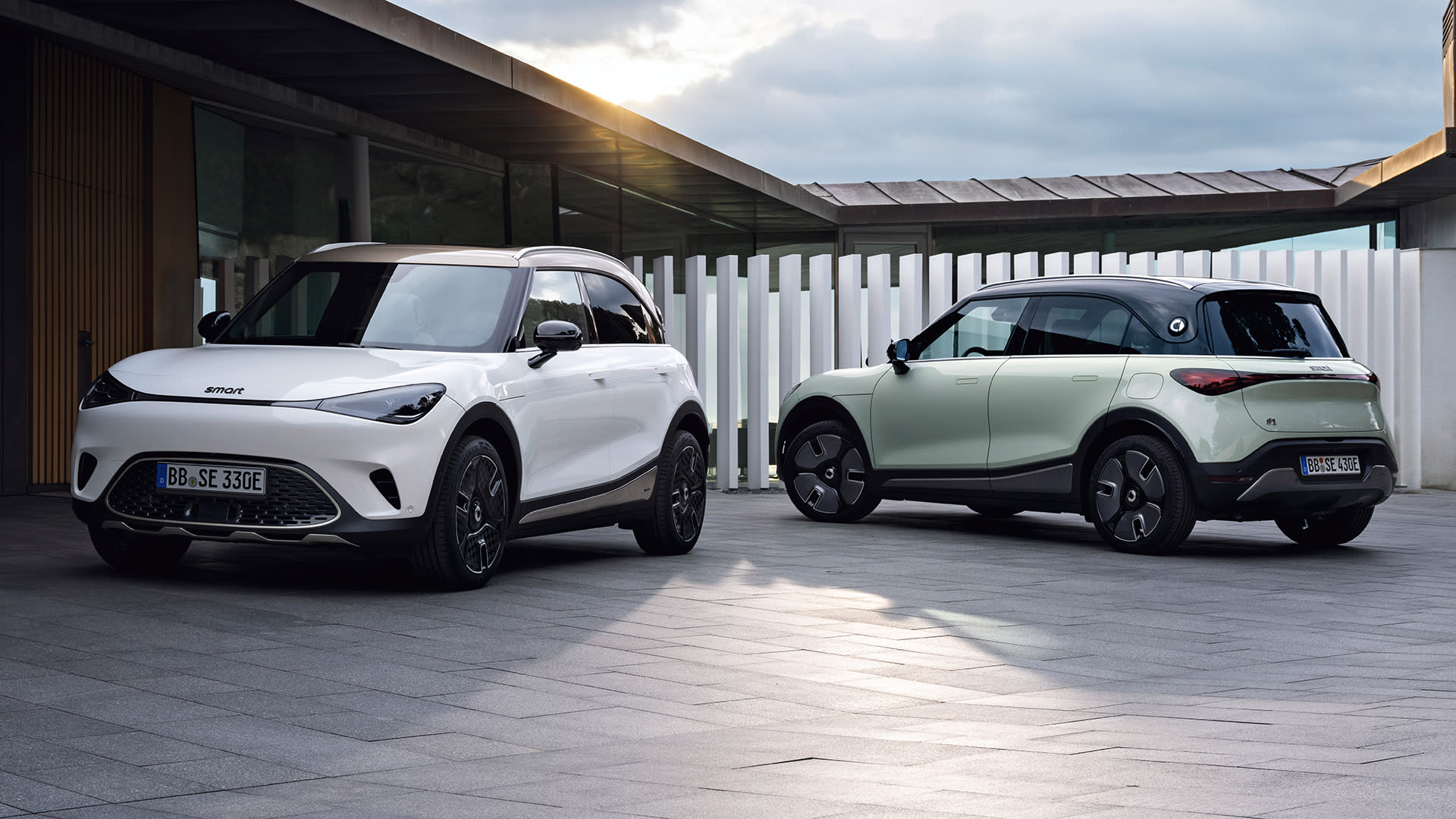 Smart reveals the production version of its compact electric SUV

Smart is finally ready to show the production version of its Concept #1 electric SUV, and you'll be glad to hear that the distinctive design largely remains intact. The newly unveiled Smart #1 looks much like the prototype compact SUV inside and out, including the frameless windows and "floating halo" glass roof. You mainly give up usual concept car excesses like the scissor doors and giant 21-inch wheels (you'll have to make do with 19-inchers), and there's a standard three-seat bench in the back instead of two chairs.

More importantly, the performance appears healthy for an EV this size. While the 273 miles of maximum range (according to the WLTP test cycle) isn't exceptional, it comes from a 66kWh battery that charges rather quickly. You can reportedly bring the Smart #1 from a 10 percent charge to 80 percent in under 30 minutes if you use a 150kW DC charger, and even a 22kW AC supply will accomplish the same feat in less than three hours. You could plug in at the end of a long day knowing that you'll have plenty of range in the morning.

The mini-ute should be reasonably quick, too, with the equivalent of 268HP and 253ft/lbs of torque. The 112MPH top speed isn't blistering, but it easily puts the 81MPH of Smart's EQ Forfour to shame.

The in-cabin tech will also seem familiar if you've seen the concept. The finished Smart #1 includes a 12.8-inch infotainment screen, a 9.2-inch digital instrument cluster and a 10-inch heads-up display. You can also expect driver assistants (including for the highway and stop-and-go traffic), over-the-air updates and a "digital key" option to share your EV with friends.

Smart hasn't narrowed down the release window or pricing, but said last fall that it would sell the #1 in China in 2022. It's headed to Europe as well. We wouldn't count on a North American debut when Smart backed out of the region years ago. With that said, this is the closest Smart has come to appealing to the continent's SUV-centric tastes — it's something you could imagine on American roads, however unlikely that may be.