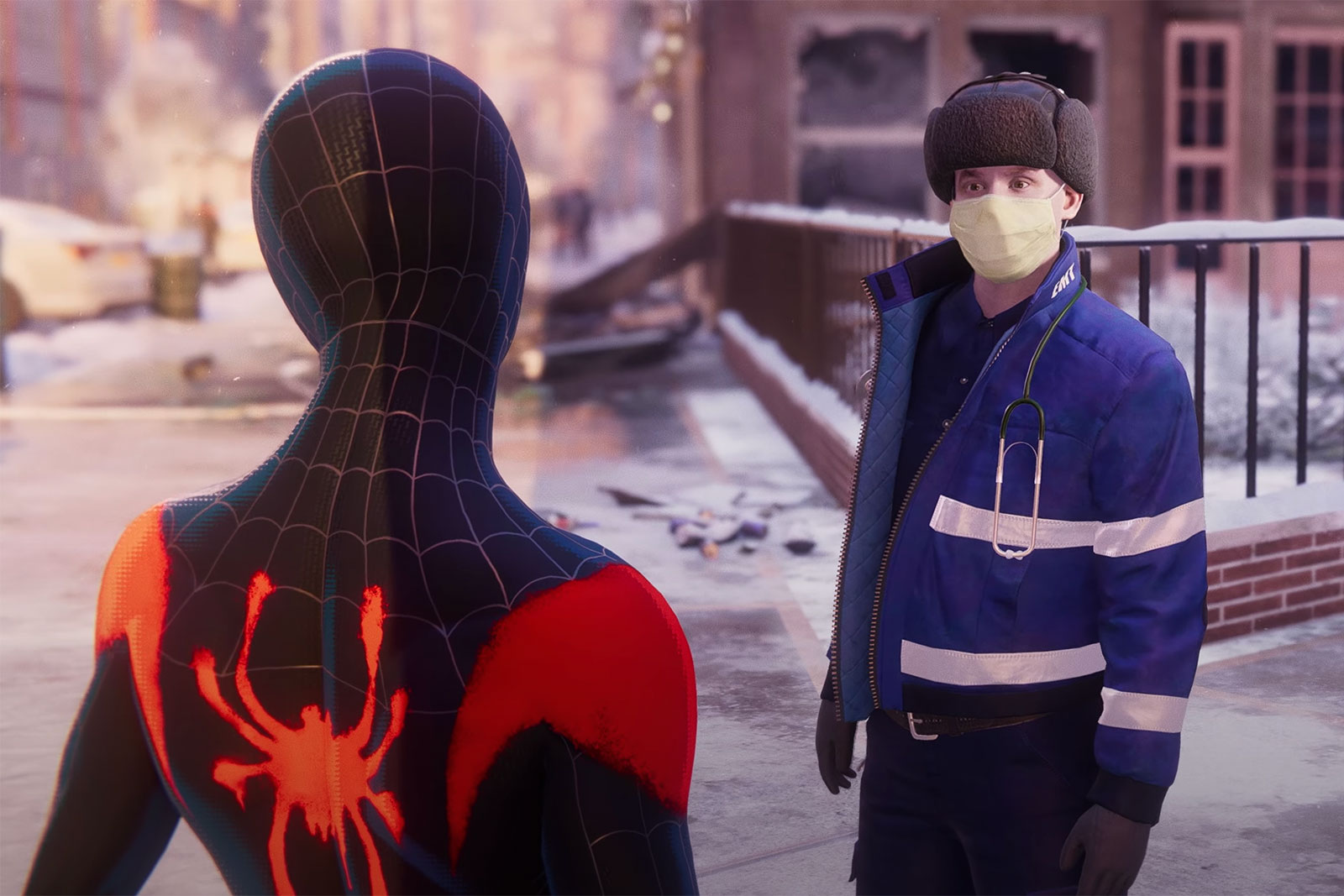 Spider-Man: Miles Morales has an extra treat for fans: a giant nod to Into the Spider-Verse. Marvel, Insomniac and Sony have revealed that you can use Miles’ black-and-red Spider-Verse suit in the upcoming PS5 and PS4 game. It’s not just a skin on top of the standard model, either. It mimics the flamboyant animation style from the movie, right down to the comic book “pow!” visuals and purposefully choppy frame rate.

You can disable the low frame rate (it’s just a suit mod) if you feel it hampers gameplay, Insomniac’s James Stevenson said.

Insomniac had fun with suits in the original Spider-Man game, including one costume reminiscent of the comic books and ‘60s TV series. However, this appears to be a more dramatic example of what the company can do with its characters.

The suit is unlockable on launch day for anyone who pre-orders Miles Morales ahead of its November 12th debut. And before you ask: Insomniac noted that you can still earn the suit in-game, so you’re not stuck with conventional suits if you’re willing to put in the time and effort.

In this article: Spider-Man, spider-man into the spider-verse, Miles Morales, Spider-Man: Miles Morales, PS5, PlayStation 5, PS4, PlayStation 4, games, video games, movies, gaming, entertainment
All products recommended by Engadget are selected by our editorial team, independent of our parent company. Some of our stories include affiliate links. If you buy something through one of these links, we may earn an affiliate commission.