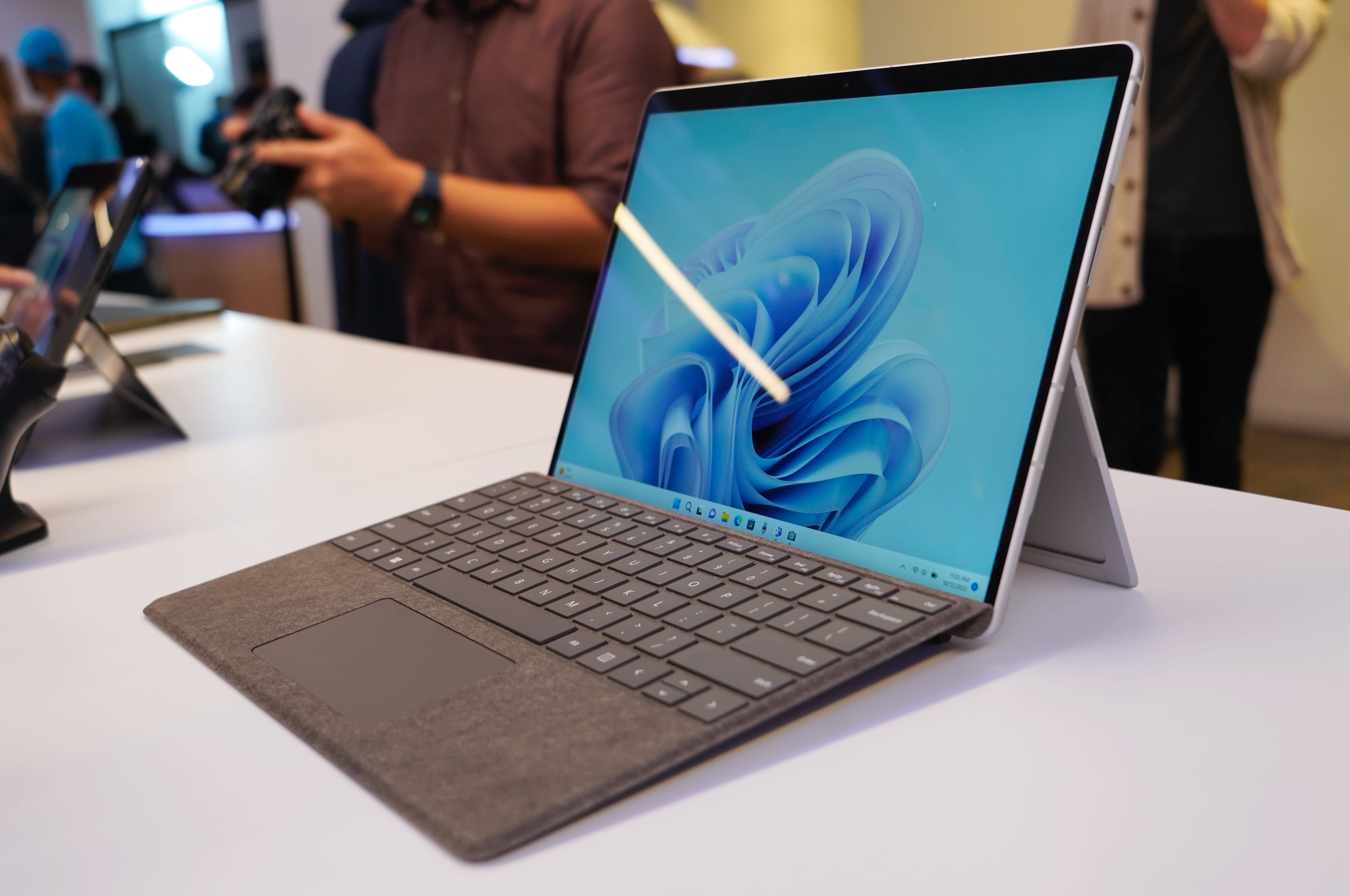 They're both very similar, and very different.

On the one hand, the Surface Pro 9 is pretty much what we expected: a jump up to Intel's 12th-gen CPUs. But Microsoft surprised us with a huge shakeup for its tablet PCs. There's also a Surface Pro 9 running a custom SQ3 ARM chip, which also includes built-in 5G. Can an x86 Intel processor and a mobile ARM chip really sit side by side? We got a chance to compare the two new machines at Microsoft's hands-on event, and to be honest, we just have more questions.

Both models look and feel the same, save for the more visible 5G antennas on the Arm model. Microsoft representatives say performance is also comparable between the SQ3 and Intel's chips, something we'll have to fully test to believe. (An early Geekbench 5 test on a demo unit hit 978/4,760, which is far slower than Intel 11th and 12th-gen systems we've reviewed. Those figures could improve with better software and firmware, though.) The same reps also noted that app compatibility with legacy x86 apps has gotten better for ARM devices, and there are an increasing number of native Windows apps which will run just fine across both platforms.

In either case, you're getting tablet PCs that can easily transform into functional laptops with their keyboard cases. Unfortunately, those are still sold separately, as is the Slim Pen 2 Microsoft introduced last year. The Surface Pro 9 won't change your mind about the viability of using a tablet as a PC, but on the Intel side it's nice to see a major speed bump.

The SQ3 Arm model also has a few features the Intel version doesn't, thanks to its neural processor. That includes some real-time enhancements to video chats, like blurring your background. (The video quality across both systems also look fantastic.) According to Microsoft, it's possible to bring those features to Intel chips when they have their own neural chips, but unfortunately those aren't available on Intel's current lineup.

Microsoft representatives admitted there may be some confusion among some shoppers, since they can easily walk out of a store with two very different computers. But it sounds like the company is willing to deal with those usability bumps, rather than splitting the Surface Pro line once again.

Follow along with the rest of our news from Microsoft's 2022 Surface event.

All products recommended by Engadget are selected by our editorial team, independent of our parent company. Some of our stories include affiliate links. If you buy something through one of these links, we may earn an affiliate commission. All prices are correct at the time of publishing.
View All Comments
Microsoft Surface Pro 9 hands-on: Can Intel and ARM models live in harmony?