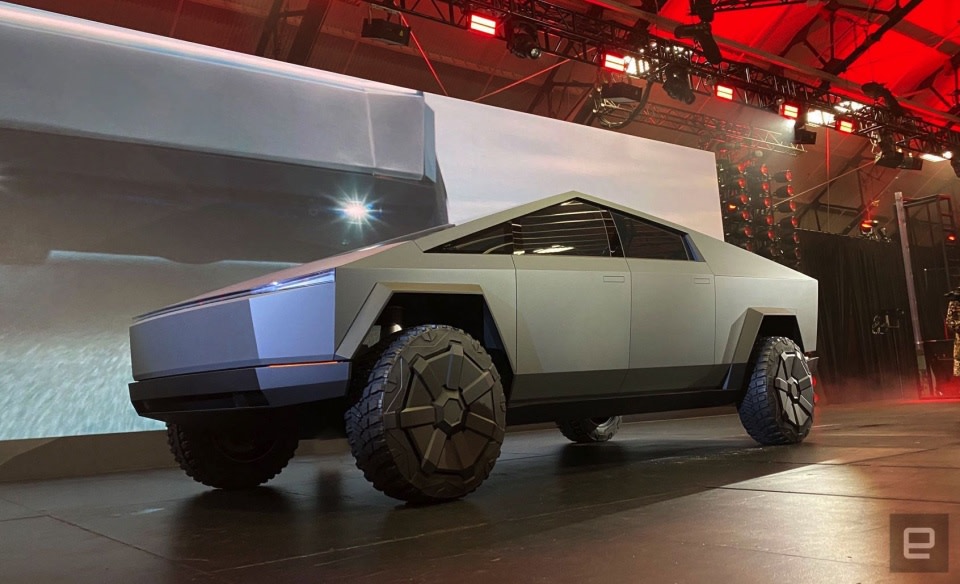 Tesla has been refining the Cybertruck’s design ever since its debut a year ago (aka the Before Times), and it might be close to showing what has changed in the months since. According to Roadshow, Elon Musk told one fan that Tesla could show the updated Cybertruck “maybe in a month or so.” That certainly isn’t a firm schedule, especially for a company prone to delays, but you might not have to wait too long to see if the design is slightly less polarizing.

The emphasis is on “slightly.” Musk added that the refreshed electric pickup has “many minor tweaks,” and that “even the small details matter.” Tesla had toyed with the possibility of a smaller body, but decided against it after determining there wasn’t much room for change.

The Cybertruck’s angular looks and massive proportions come in large part due to the use of cold-rolled steel that makes it extremely durable, but also doesn’t allow for Tesla’s signature curves.

As before, that could create problems for people who either don’t have large garages or can’t afford to park their trucks outside. Tesla isn’t budging right now, though — Musk previously told Automotive News in an interview that he’d build a “normal truck” if the Cybertruck failed, but only as a contingency. Whatever Tesla shows in the near future might require some adjustments to your life, or at least your parking situation.

Sure, maybe in a month or so

In this article: Tesla, cybertruck, ev, Electric vehicle, electric truck, Electric car, transportation, elon musk, gear
All products recommended by Engadget are selected by our editorial team, independent of our parent company. Some of our stories include affiliate links. If you buy something through one of these links, we may earn an affiliate commission.