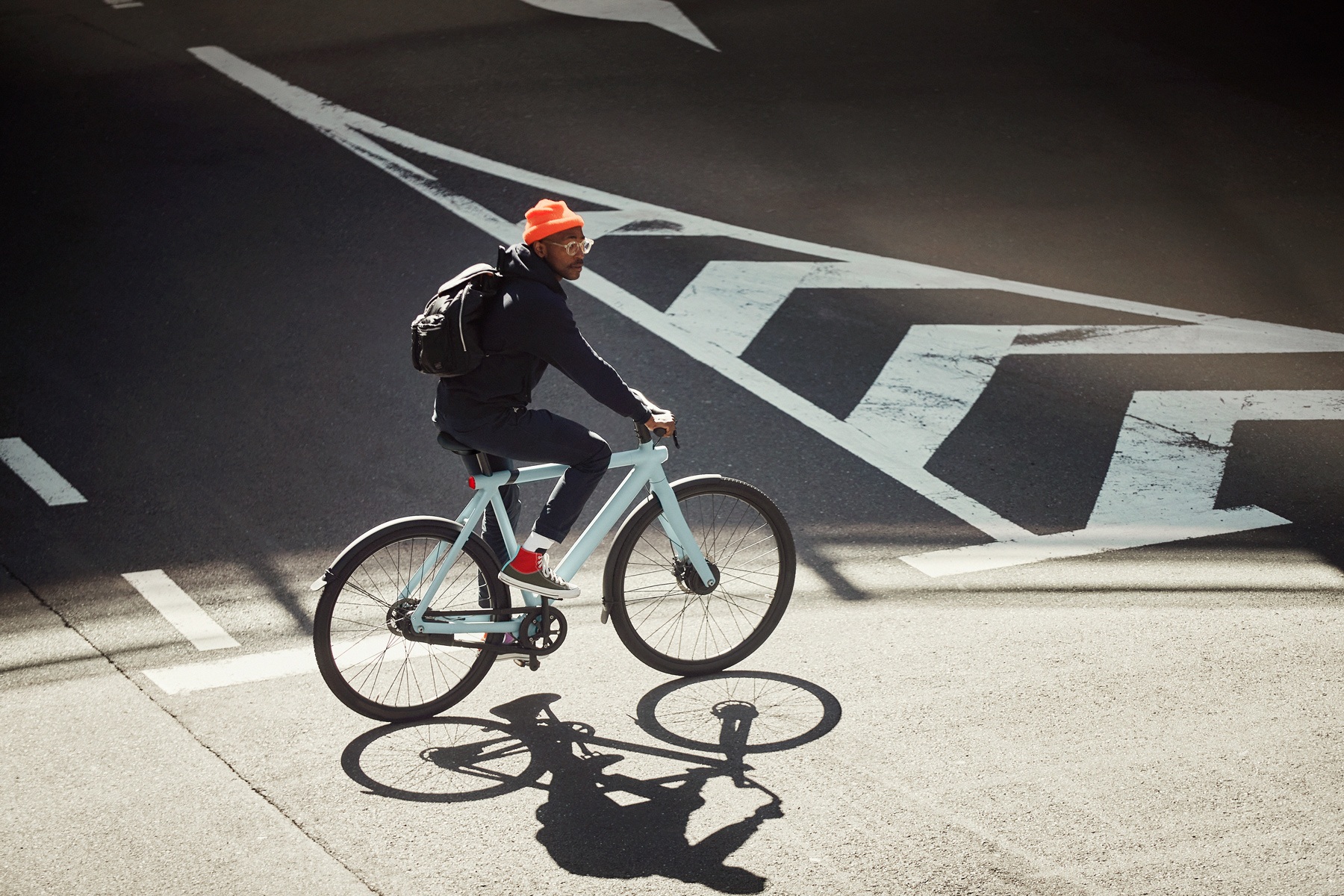 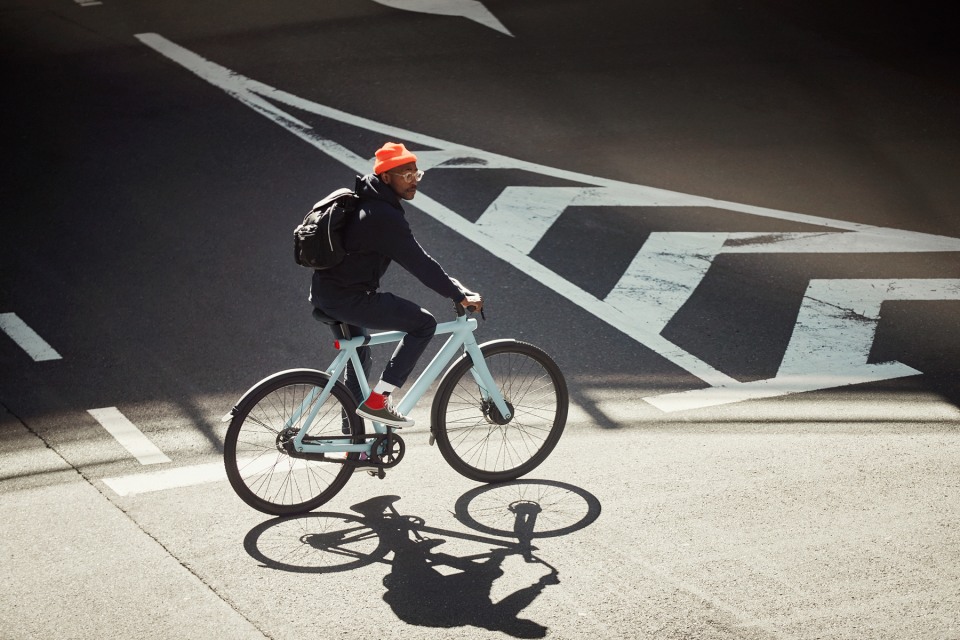 We love VanMoof's electric bicycles, but they're hardly an impulse purchase. The Electrified S2 and X2, for instance, launched with a $2,598 price-tag two years ago -- and that was with an $800 early-bird discount. For its third-gen lineup, then, it's no surprise that the company has chosen refinement and affordability over expensive innovations. The new S3 and X3 will cost $1,998 which, while undeniably expensive, is the cheapest e-bike range that VanMoof has ever put together. It's technically an "introduction price," but one that shouldn't change unless COVID-19 has a massive impact on the business. "We’re launching at this price and we intend to keep [the] S3 and X3 at this price," a spokesperson told Engadget.

From afar, the S3 and X3 look the same as their stylish predecessors. The S3 has a conventional frame shape and 28-inch wheels that are designed for riders between 175cm and 210cm tall. The X3, meanwhile, has a head-turning 'cross' frame and 24-inch wheels that suit a slightly smaller cyclist. The city-centric frame also has a small space on the front with stretchy straps for stowing a bag or small parcel. In the past, VanMoof has sold a basket accessory that clips onto this part of the frame, making it even easier to transport grocery bags and other precarious items.

Don’t be fooled by the familiar silhouettes, though. "Under the hood, everything is different," Job Stehmann, chief product designer at VanMoof told Engadget. "I think 90 percent of the parts are different."

Like the S2 and X2, the new models have a 250-500W motor that can help you reach 25 KMH (15.5MPH) in Europe and 32 KMH (20MPH) in the US — the maximum allowed by each region’s lawmakers at the moment. It's now "near-silent" at top speed, though, and the housing is “sleeker and more compact” than the version that shipped in the previous bikes.

The motor might be similar, but the ride and performance should be dramatically different. VanMoof’s new S3 and X3 bikes have four gears — double what their predecessors had — that should make it easier to ride around town without breaking a sweat. "This is the sweet spot that gets you, in a city environment, up and down a hill," Stehmann said, "while still keeping a system that doesn't shift so often that it annoys you like hell." All VanMoof bicycles have automatic and electronic gear shifting, which can now be fine-tuned through a companion app. The always-satisfying Boost button makes a return, too, with “extra on-demand power” for overtaking other cyclists, conquering slopes and accelerating away from traffic lights.

"The people who rode an [Electrified] S and S2, if they ride this bike, they will feel an enormous shift in performance," Stehmann said.

The S3 and X3 ship with a 504Wh battery — the same as their second-gen predecessors — that can take you up to 150KM (93 miles) on a single charge. Your experience will depend on the mode you’re riding in — higher levels of assist will drain the battery faster — and the terrain you're often tackling.

VanMoof’s much-hyped safety features are making a return, too. The S3 and X3 have a Kick Lock button on the rear hub which, once nudged, immobilises the back wheel and activates an escalating alarm system. You can then unlock the bike through the companion app, Bluetooth proximity, or by tapping a short code with the left-side button on the handlebars.

In theory, the rear-hub lock and attention-grabbing alarm should deter most would-be thieves. It's not a perfect system, though, as someone could carefully lift the bike into a truck and drive away before you have time to react. If that happens, the frame’s built-in location tracking will kick in. You can retrieve it solo or, via VanMoof’s Peace of Mind subscription service, pay for some professional 'bike hunters' to go on your behalf. If the retrieval squad doesn’t succeed within two weeks, VanMoof will give you a replacement. At the time of writing, a three-year subscription costs $290, with a $98 replacement fee if your bike is stolen a second or third time. After that, you’re basically on your own and will need to pay full-price.

Like the S2 and X2, the bike has a weather-proof Matrix Display embedded in the frame’s top tube. Comprising 166 LEDs, it can show your bike's charge level, speed, gear and motor-assisted power level, a skull when the alarm is triggered, and numerous animations that indicate when it’s woken up, powering down and charging. The speaker has also been improved, according to VanMoof, so you can hear better on windy days.

The S3 and X3 contain a bunch of other small but welcome changes. Both bikes have hydraulic disc brakes, rather than mechanical, and ‘invisible’ cables that run through the handlebars. The integrated lights have been tweaked, too, and a future software update will let you pick between 'beam' and 'halo' illumination. The fender flaps are a little more ergonomic, the matte frames have a better scratch-resistant finish, and the included charger is smaller than before. VanMoof has even overhauled the unpacking experience so that it's less wasteful and easier to understand.

"Every little detail, we did try to improve," Stehmann said. "But of course, the things that were already good, we didn't change radically."

VanMoof hasn’t made any drastic changes to its e-bike formula. You can’t remove the battery, for instance, and charge it separately like many other e-bikes. The S3 and X3 don't fold, either, or charge your laptop and phone.

The reduced price, though, keeps VanMoof competitive with other design-centric e-bikes such as the Cowboy, Coboc One, and anything by Riese & Müller. Stehmann said the company has achieved this cost saving by designing its own parts and, where possible, streamlining its manufacturing and assembly process. "We've worked for 10 years to ramp up and change the supply chain we had in place, to be independent from the bike industry," he explained. The team is also building more bikes -- and by extension, buying more parts -- which creates volume-based cost savings. "The biggest impact in price is the quantity," he added. "The quantity went up a lot, and that has a massive influence in electronics."

That streamlining extends to VanMoof's broader product portfolio. Two years ago, the company sold the S2 and X2 without a battery (hence why the motorized versions were branded Electrified S2 and X2). The third-generation will have no such option, though. "For me it was like a funeral," Stehmann said. "Burying the smart bike. It was such a great bike and we learned a lot from it." To survive and grow, though, VanMoof needs to specialize. "We have to stick to our mission," the designer added. "If we want to change the way we move in cities then we do need to focus.”

The company appears to be searching for its Tesla Model 3 moment -- a combination of price and quality that will turn VanMoof's e-bike into a mainstream success. Stehmann believes $2,500 is the "sweet spot" which, now that they've beaten, will radically change their sales. "We know you attract a different kind of person when you go under that price," he said. "And that's also the goal. Our goal is to get as many people on bikes as we can. The product, we can easily double the price and still make good business out of that, I think. Of course you will sell less, but it doesn't matter. But we're not in it for that game. We're in it to change it for good. And that means we need to step in radically with the price as well."

Is $1,998 low enough to trigger such a phenomenon? I'm not sure, but it's the closest the company has come to building an e-bike for the masses.

In this article: bike, ebike, e-bike, vanmoof, bicycle, electric bicycle, news, gear
All products recommended by Engadget are selected by our editorial team, independent of our parent company. Some of our stories include affiliate links. If you buy something through one of these links, we may earn an affiliate commission.