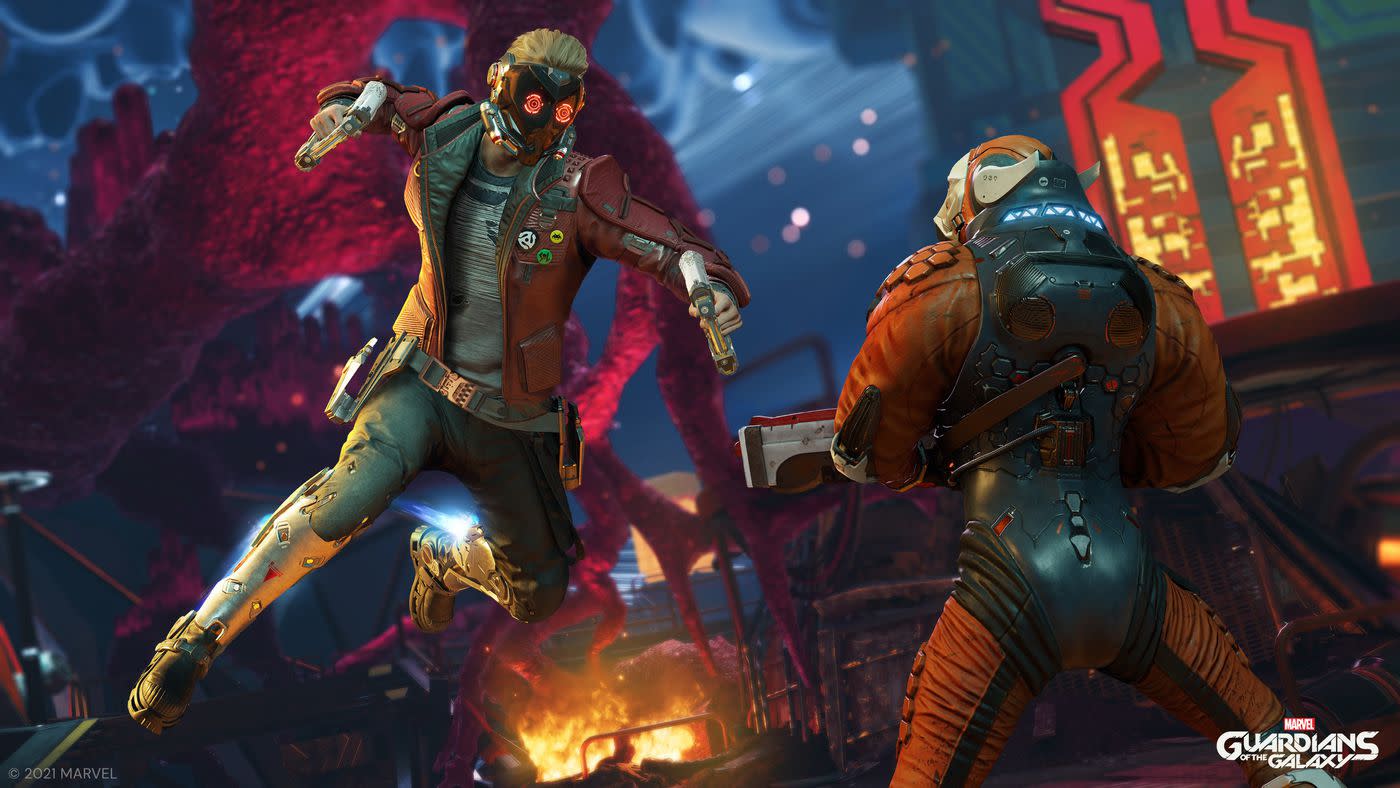 The showcase featured a brutal Final Fantasy game and Marvel's 'Guardians of the Galaxy.'

Square Enix's E3 reveals included a new Marvel game, a detailed look at Life is Strange: True Colors and plenty of Final Fantasy. If you missed the action, we've distilled the announcements into an 11-minute video for your viewing pleasure.

Get up to speed on Eidos-Montréal's Guardians of the Galaxy — a narrative-driven adventure from the studio behind Deus Ex: Human Revolution and its follow-up Mankind Divided — which looks like a major departure from SE's disappointing Avengers game.

We'll also give you the lowdown on Life is Strange: True Colors, another title that marks a significant shift from what came before. The new instalment in the super-powered series ditches the episodic approach in favor of a standalone game that will be released in its entirety on September 10th. The new E3 trailer sets the stage for the mystery that awaits with an introduction to its cast of small town characters, including protagonist Alex Chen, a zoomer with some high-level empath talents.

The Final Fantasy onslaught, meanwhile, spanned slavish reproductions of the franchise's first six games, and a wholly original title called Stranger of Paradise Final Fantasy Origin. A demo for the latter is already out on PS5, giving players a first taste of its ultra-brutal, dark fantasy operatics.

Finally, Square Enix also used its E3 livestream to expound its third-person action game, Babylon's Fall. The long-awaited Platinum Games title sees up to four players teaming up to take on various dungeons. You'll create a character and build them out with various items, moves, and materials as you battle your way through foes and boss fights.