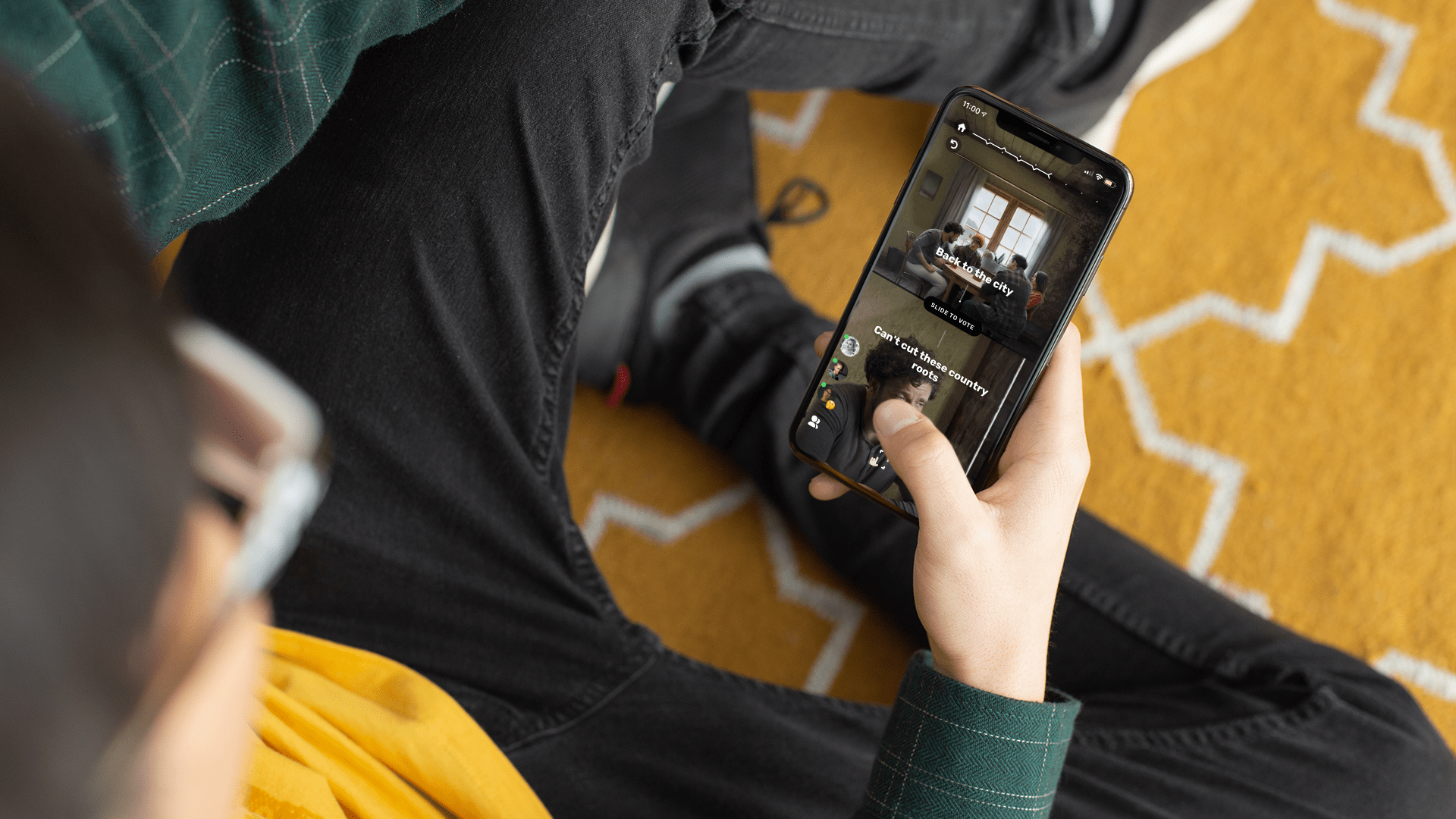 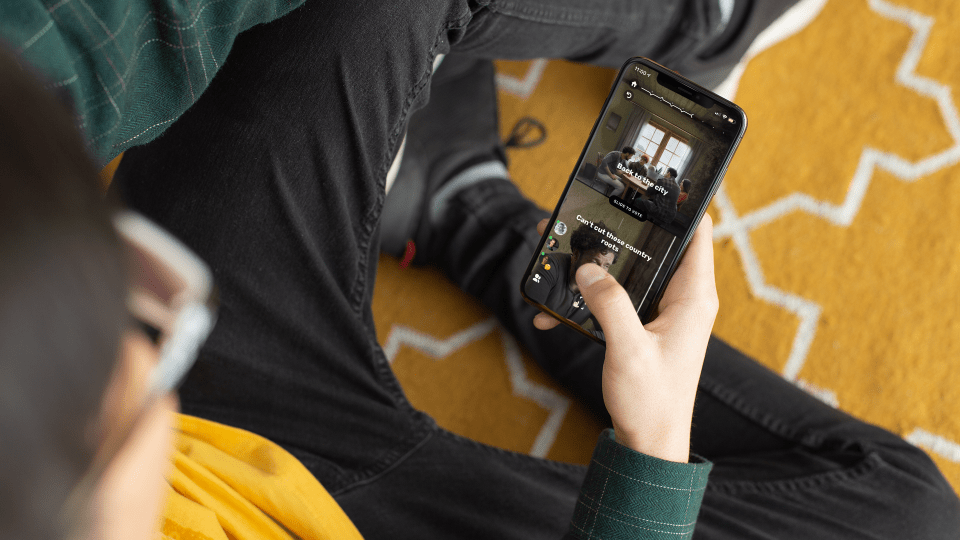 Leave it up to a small startup to outdo the nearly $2 billion Quibi boondoggle. Whatifi ties mobile films together with "choose your own adventure" interactivity, similar to Netflix's Black Mirror: Bandersnatch and Minecraft Story Mode. It's all rooted in a social experience, where you can watch along with your friends, chat about the movies, and poll your party for every key plot decision.

By focusing on interactivity, Whatifi, which launches on iPhones today, turns watching videos on your phone into an active experience. It's more akin to playing a well-crafted narrative game like Telltale's The Walking Dead or Life is Strange, instead of being a lackluster replacement for watching TV on your couch. And that's a major reason why it may succeed where other mobile video startups have failed.

Founders Jaanus Juss and Hardi Meybaum first explored interactive storytelling with live theater, where they had developed a way for audiences to chime with table-side devices. They eventually realized they could replicate that experience with smartphones, where groups of friends could get together to debate plot lines and the direction of the story.

I'll say this up front: I'm a bit of a mark for interactive storytelling. I've genuinely loved Telltale's games and the Life is Strange series. And while Bandersnatch was a tad over-hyped, I still enjoyed the experience of controlling my own Black Mirror episode. So it wasn't a huge surprise when I found myself instantly engrossed in my first Whatifi experience, As Dead as it Gets.

What starts out as a drunken night with a few bros quickly veers into supernatural fantasy reminiscent of the excellent Showtime series Dead Like Me. You step into the shoes of characters on the verge of death, whose only way back to the land of the living is to follow the advice of a few ghosts. It's all so engrossing, I barely noticed I was staring at vertical video for several minutes, an orientation that makes it easier to make narrative choices.

At key moments in the film, you can choose from one of two outcomes by swiping up or down. If you’re viewing with friends using Whatifi's watch party feature, those decisions are polled together. And if you all don’t agree, you're forced to argue with friends until you reach a consensus. I wasn't able to try out the social experience during my preview, but I can imagine having a blast arguing about some of the choices. Before I knew it, I had spent 45 minutes exploring multiple paths in As Dead as it Gets.

Once you reach the end of a story in Whatifi, you can easily restart the experience and jump right to decision points to unlock more endings. The service only has two films at launch, Anatomy of a Decision along with As Dead as it Gets, but together they have over 80 endings and 30 hours of video to watch. So even though a single playthrough may take 10 to 15 minutes, there's a ton of replay value. While Whatifi is launching for free, the founders tell me they could eventually introduce a model where you can unlock more endings for an additional fee.

Personally, I can't wait to dive back into the app to see more paths. I'm far more excited to explore the possibilities of Whatifi, and spend some time viewing alongside friends, than I ever was for seeing more Quibi shows. It also helps that the interactive films are well-written and produced. I was onboard with the characters in As Dead as it Gets from the beginning, and each playthrough revealed more depth and details.

Far more so than Quibi, I'm excited to see how filmmakers take advantage of Whatifi's technology. The company is also launching Whatifi Studios today, a platform for producing interactive mobile films, and it's kicking off a contest to bring in more writers and directors. Quibi made me think that mobile video was inherently pointless -- what's the value in watching middling content that's only accessible on your smallest screen? But by transforming it into an active experience, Whatifi proves that mobile video has a place after all.

In this article: Whatifi, mobile video, choose your own adventure, interactive narratives, Quibi, news, entertainment, gaming
All products recommended by Engadget are selected by our editorial team, independent of our parent company. Some of our stories include affiliate links. If you buy something through one of these links, we may earn an affiliate commission.