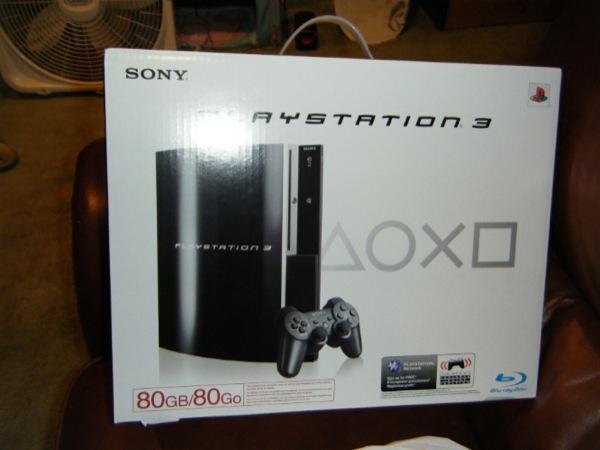 Lookie, lookie, an 80GB PS3 snapped up for $400 from a local Best Buy. Although not officially due until September, reports are trickling in from around these United States of Gaming of an early release. Not too much of a surprise, we guess, what with European retailers all showing a Friday retail launch. One interesting thing to note is the SKU: at least one of these early rigs reads CECHK01, not CECHL01 as seen in the FCC... hmmm. SKU pictured after the break.

In this article: 80gb, 80gb ps3, 80gbPs3, best buy, BestBuy, cechk01, ps3
All products recommended by Engadget are selected by our editorial team, independent of our parent company. Some of our stories include affiliate links. If you buy something through one of these links, we may earn an affiliate commission.
Share
Tweet
Share