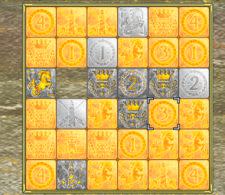 The announcement of streamlining and clarification of crafting coming to Warhammer Online has us thinking: what do you think of crafting in MMOs? Most AAA games offer some sort of non-combat opportunities, but generally they're far less engaging than the combat component of the gameworld. There are exceptions, of course, such as the minigame offerings of Puzzle Pirates or the elaborate tiers of pre-NGE Star Wars Galaxies. EverQuest 2 has made enormous improvements on its simple design by adding vibrant rewards and unique non-combat instances into the mix.

The popularity of World of Warcraft has made their simple one-click crafting schema the 'defacto' standard, and a lot of players seem to enjoy that. What about you, though? If crafting was offered in a radically different way or was a central component to an MMO, would you be more inclined to participate? If it wasn't as simple as grinding through simple point-and-click recipes, would you join the noble ranks of the crafting elite?

In this article: crafting, minigames, opinion, tdg, the-daily-grind
All products recommended by Engadget are selected by our editorial team, independent of our parent company. Some of our stories include affiliate links. If you buy something through one of these links, we may earn an affiliate commission.
Share
Tweet
Share