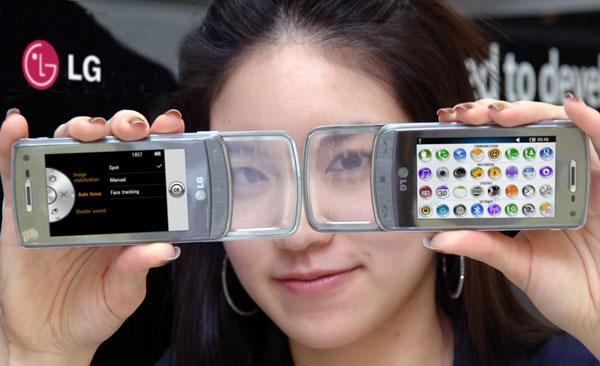 The recent glut of telephony news can mean only one thing: CTIA Wireless 2009 is getting ready to kick off in Vegas baby, Las Vegas. In the runup we have LG upping the hype on its 13.4mm-thick GD900 handset first outed in Barcelona at February's MWC show. This time, however, the 7.2Mbps HSDPA slider with world's first transparent glass (not plastic as originally assumed) keypad will be functional, running LG's new S-Class UI on the 3-inch display. We know that the GD900 features vibrational haptic feedback and that the transparent keypad seems to double as a touch-sensitive mouse pad (like that on your laptop) when surfing the internet or navigating the UI -- it also seems to support gestures like writing "M" to launch the MP3 music player and multi-touch such as pinch to zoom on photographs. The GD900 will launch in Europe and Asia sometime in May. No US release announced so we'll have to make the most of our time with it this week in order to clear up all the mysteries presented by the Korean press release. One more pic showing an apparent finger-swipe rotating the UI after the break.

[Via Akihabara News and Engadget Korea]

In this article: breaking news, BreakingNews, ctia, ctia 2009, Ctia2009, gd900, hsdpa, lg, lg-gd900, s-class, slider, transparent
All products recommended by Engadget are selected by our editorial team, independent of our parent company. Some of our stories include affiliate links. If you buy something through one of these links, we may earn an affiliate commission.
Share
Tweet
Share