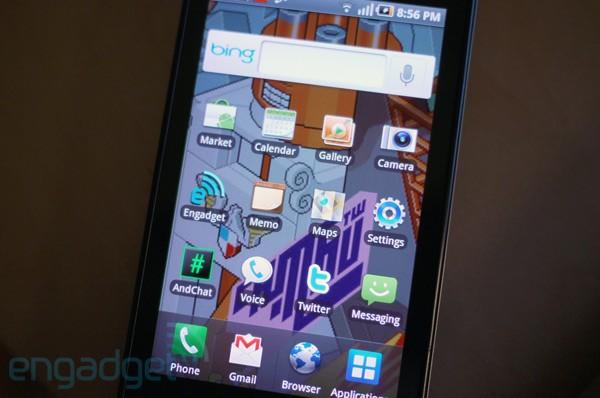 It's an unfortunately familiar phenomena -- PC vendors suffering from razor thin margins load their devices with more stickers than a stock car and install gigabytes of useless applications that serve only to take up space and use system resources. Sony was perhaps the most egregious in 2008, offering to remove the offending bloatware for a $50 fee. It's as if Tony Soprano went into tech -- "Pay us and we won't mess up your computer."

It's deja vu all over again for mobile phones. More and more devices I look at are coming installed with applications I don't want, often popping up messages to try and upsell me on services I have no interest in. Even worse, unlike PCs where offensive applications can be removed or the OS reinstalled cleanly, there's often nothing that can be done to get rid of unwanted mobile software without arduous work. It's not limited to Android devices, but it seems that increasingly Android more than other platforms is shipping with the worst mobile bloatware. It's a bad trend that's going to lead to consumer backlash and it's destroying the credibility of Google's Android vision.

Verizon, Sprint, AT&T, and T-Mobile are all guilty -- just look at the Samsung Galaxy S, which has variants on every US carrier hampered with provider-mandated applications and services that get in the way. Verizon's Fascinate is perhaps the most amusing, as it replaces Google search with Bing, a choice that's difficult to undo. In other cases native Google functionality that has gotten better over time has been replaced with inferior carrier services: WiFi hotspot functionality has been removed, and paid navigation services have replaced Google's excellent -- and free -- offerings. It's sad that Android's open and free ethos has been exploited by carriers and handset vendors as a way to maximize profits, gouge users and diminish the overall Android experience.


If this situation is going to be fixed, two things need to happen. First, users need to demonstrate -- loudly and with their wallets -- that these practices are not acceptable. Second, Google must take a stand for the end user and insist that parts of Android must be included on every device in order to bear the Google name -- and that all carrier installed apps and services are easily and freely removed by users at their discretion.

It's somewhat ironic that the Nexus One remains a flagship device for the Android platform nine months after introduction because it's a shining example of timely updates -- it takes advantage of all of Android 2.2 Froyo's features, something that no other device on the market can claim. Perhaps it's also time for Google to re-think the Nexus phone path and once again show the market not only what state-of-the-art hardware looks like but also a state-of-the-art software vision as well.

As I've stated, Android isn't the only platform affected here. I've seen bloatware on BlackBerry, Windows Mobile and webOS devices. But we're at an inflection point that will help determine long term winners and losers, and bloatware may become an issue that acts as a tipping point one way or another. It's time for carriers to stop offering diminished experiences for the sake of profit or watch users migrate elsewhere.

Michael Gartenberg is a partner at Altimeter Group. His weblog can be found at gartenblog.net. Contact him at gartenberg AT gmail DOT com. Views expressed here are his own.

In this article: android, att, bloat, bloatware, column, columns, crapware, entelligence, fascinate, galaxy s, GalaxyS, samsung, sprint, t mobile, t-mobile, TMobile, verizon
All products recommended by Engadget are selected by our editorial team, independent of our parent company. Some of our stories include affiliate links. If you buy something through one of these links, we may earn an affiliate commission.
Share
Tweet
Share