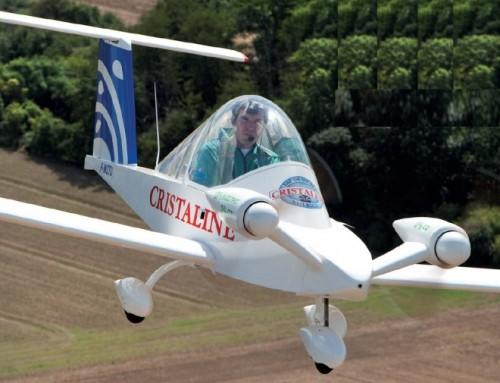 This week we revved up Chevrolet's Volt and hit the streets for an elusive test drive of the hotly-anticipated electric vehicle. We also saw electric aviation soar to new heights as the pint-sized Cri-Cri airplane broke the electric aircraft speed record. The world of EV racing is also picking up the pace as GreenGT unveiled an all-electric supercar for the Le Mans race and Honda's CR-Z Hybrid beat out scores of gas-guzzling autos in a 25 hour vehicular marathon.

High-tech architecture broke new ground as Apple announced that world-renowned architect Norman Foster is designing its new headquarters, and researchers revealed work on a living skin that could one day reinforce buildings and infrastructure with a hard, coral-like armored coating. We also watched as a crop of gorgeous bubble gardens popped up in the streets of Paris, and an abandoned warehouse in Brooklyn was updated with a high-tech transforming facade.

In other news, this week the energy world was buzzing about a new type of organic solar cell inspired by wasp exoskeletons, and the largest photovoltaic plant in the United States officially opened in Nevada. We also saw several eco technologies take hold on the home front: researchers developed a hot solar-piezoelectric hybrid fiber that could be used to create energy-generating clothes, and Lavish & Lime rolled out a cute set of digital shower timers that are perfect for kids.
In this article: airplane, Apple, architecture, Chevy Volt, ChevyVolt, CR-Z, Cri-Cri, design, electric aircraft, electric airplane, Electric car, electric vehicle, ElectricAircraft, ElectricAirplane, ElectricCar, ElectricVehicle, flight, GreenGT, Honda CR-Z, HondaCr-z, inhabitat, inhabitats week in green, InhabitatsWeekInGreen, Le Mans, LeMans, Norman Foster, NormanFoster, Volt, week in green, WeekInGreen
All products recommended by Engadget are selected by our editorial team, independent of our parent company. Some of our stories include affiliate links. If you buy something through one of these links, we may earn an affiliate commission.
Share
Tweet
Share