Forrester survey finds first ever decline in people 'using the internet,' but a changing notion of 'being online' 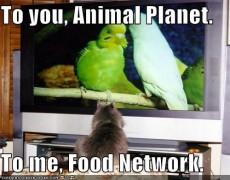 Despite a huge dropoff in cable subscribers this year, Forrester Research's 40,000-strong survey pegs consumer TV consumption at about 13 hours weekly, same as it ever was. But lo and behold, reported internet use has also risen to 13 hours weekly, a veritable tie to which we naturally reply, "what took it so long?" This number represents a 121 percent uptake in the past five years and attributes its success to multitaskers and those who are spending less time with radio, newspaper, and magazines -- again, nothing too mind-blowing to our perception of reality. If the survey has revealed anything surprise to us, it's that email is only used by 92 percent of those questioned, leaving at least eight percent classically trained in case the post-apocalyptic world of Kevin Costner's The Postman ever becomes reality.

In this article: forrester, forrester research, ForresterResearch, internet, shocker, study, survey, television, tv
All products recommended by Engadget are selected by our editorial team, independent of our parent company. Some of our stories include affiliate links. If you buy something through one of these links, we may earn an affiliate commission.
Share
Tweet
Share