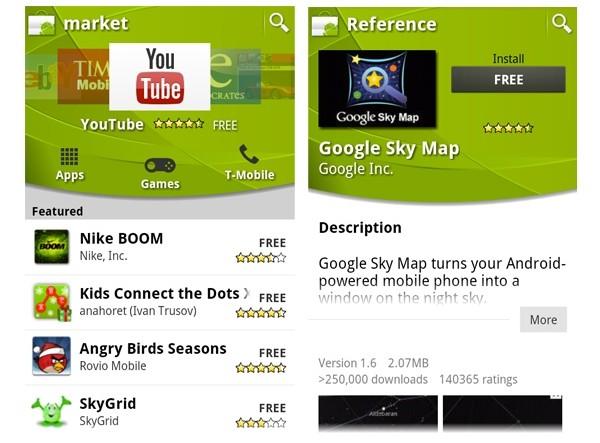 Having a Market full of apps is a very good thing for owners of Android handsets, but those owners buying few premium apps is a bad thing for developers who keep that Market full. That, of course, is also bad news for Google, which is making a variety of changes to appease devs, some of which Android Platform Manager Eric Chu outlined at the Inside Social Apps conference yesterday. After already nuking the 24 hour trial period Google is now working on an in-app payment system, which would enable the direct-selling of add-ons, costumes, and enough other bits and bobs to ensure you'll never buy a fully-featured app again.

Google is also negotiating with more carriers to allow users to have app purchases appear on their bill, rather than using a separate payment system, as is already possible on AT&T. Finally, a team of honest to gosh humans is working on helping to weed out apps that violate the company's terms of service, sifting through the Market to find bogus downloads, perhaps an admission that the "open and unobstructed environment" ideal isn't working out. We wonder if they'll also be looking for free apps that quite capably provide the functionality of premium ones. Those, it seems, are the greatest threat to the paid apps -- and perhaps the greatest asset of the Market itself.
In this article: android market, AndroidMarket, apps, carrier billing, CarrierBilling, eric chu, EricChu, google, in-app purchases, In-appPurchases, market, premium app, premium apps, PremiumApp, PremiumApps
All products recommended by Engadget are selected by our editorial team, independent of our parent company. Some of our stories include affiliate links. If you buy something through one of these links, we may earn an affiliate commission.
Share
Tweet
Share