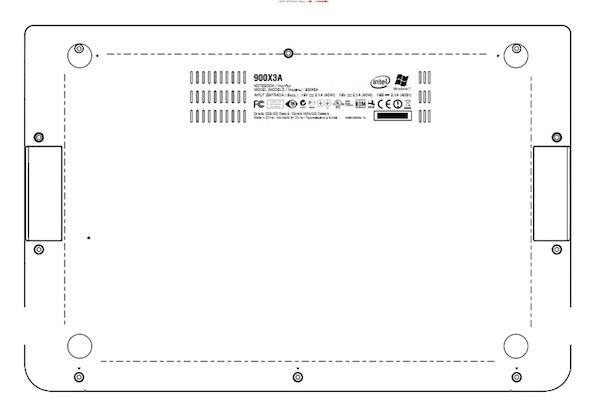 Remember the Samsung 9 Series laptop from CES? Of course you do, it was the seriously thin, duralumin 13-inch laptop with a new Sandy Bridge Core i5 processor and 128GB SSD. Well, as you can see from the label shot above, the .68-inch system just passed through the FCC, which means the skinny sucker should be on track to hit its February release. (Our Samsung contact told us we should be expecting a unit later in the month so we're assuming it will hit retailers around then.) The FCC filing doesn't reveal much -- it was actually submitted by Broadcom -- but the label clearly shows its 900X3A model number and the drop-down port latches on the edges. We'll be keeping our eyes peeled for more on this beauty, but it can never hurt to watch our hands-on video from CES to remember just what we're lusting after here. Video after the break!

In this article: 9 series, 900X3A, 9Series, Core i5, CoreI5, FCC, laptop, laptops, samsung, samsung 9 series, Samsung 900X3A, Samsung900x3a, Samsung9Series, video
All products recommended by Engadget are selected by our editorial team, independent of our parent company. Some of our stories include affiliate links. If you buy something through one of these links, we may earn an affiliate commission.
Share
Tweet
Share