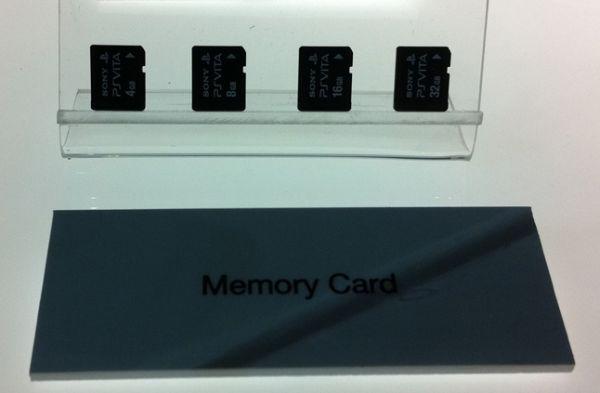 Sony's seen fit to tell us many of the PlayStation Vita's specs, how much it'll cost ($249 for WiFi, $299 for 3G), and who gets it (everyone). Amidst all the hullabaloo at E3 2011, however, we missed seeing that Sony was showing off the new handheld's internal memory cards. Good thing an eagle-eyed member of the public snapped a pic of the 4, 8, 16, and 32GB cards on the show floor. They look awfully similar to garden variety SD cards, only there's a little notch in the side confirming they hew to Sony's unfortunate habit of using proprietary storage formats. The cost of the cards remains shrouded in secrecy, but life's more fun when a little mystery's involved, right?
In this article: e3, e3 2011, E32011, memory, memory card, MemoryCard, ngp, playstation, playstation vita, PlaystationVita, ps vita, psp 2, Psp2, PsVita, removable storage, RemovableStorage, sd card, SdCard, sony, storage, vita
All products recommended by Engadget are selected by our editorial team, independent of our parent company. Some of our stories include affiliate links. If you buy something through one of these links, we may earn an affiliate commission.
Share
Tweet
Share