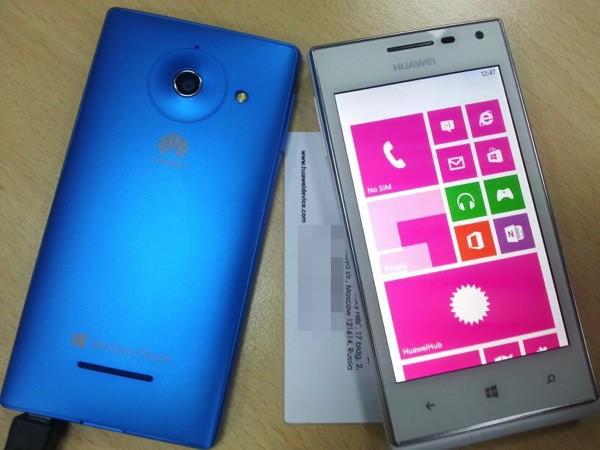 We've kept anxious eyes on Huawei's Ascend W1 for a while now, so imagine our disappointment when it was a no-show at the Windows Phone 8 launch. Fortunately, a Huawei employee has tweeted a pair of pictures that show the device in all of its budget-handset glories. Gone are the rounded corners of handsets like the Ascend D Quad, in favor of a boxier aesthetic that sits well with Metro Windows 8 Style whatever we're calling it this week. Hardware-wise, it's believed to be carrying a 1.2GHz dual-core CPU, 4-inch, 800 x 480 display, 2,000mAh battery and a 5-megapixel camera. There's also an unconfirmed rumor that we'll first see the China-exclusive device at CES 2013, breaking the hearts of impoverished westerners everywhere.

In this article: Ascend W1, AscendW1, Huawei, microsoft, minipost, mobilepostcross, mobilepostmini, Windows Phone 8, WindowsPhone8
All products recommended by Engadget are selected by our editorial team, independent of our parent company. Some of our stories include affiliate links. If you buy something through one of these links, we may earn an affiliate commission.