MythTV 0.25 is finally available with a bundle of new features 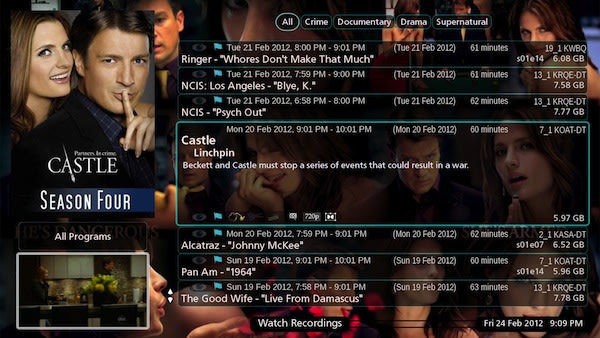 One year, four months and 30 days after its last major release, MythTV has -- after a short delay -- released v0.25 to the world. We've already discussed many of its new features including DirectX acceleration, out of the box support for CableCARD tuners, AirPlay and HTTP Live Streaming, but there are others, like HDMI-CEC control, 3D support, improved audio and more. Hit the source link to get your dose of open sourced media center action, we'll check in in another ten years for version 0.5.
Source: MythTV
In this article: 0.25, 3d, airplay, cablecard, hdmi-cec, hdpostmini, htpc, media center, MediaCenter, myth tv, MythTv, open source, OpenSource, tv, update
All products recommended by Engadget are selected by our editorial team, independent of our parent company. Some of our stories include affiliate links. If you buy something through one of these links, we may earn an affiliate commission.